Parents in need of more support from employers 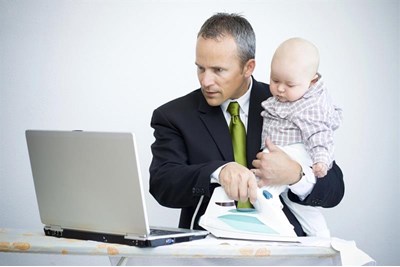 A majority (73%) of parents have said that their childcare needs are different now due to coronavirus, and additional employer support is required.

A new survey by childcare support app Bubble found nearly three-quarters of parents either need more childcare, or more flexibility with existing support as a long-term result of the pandemic.

Twenty five per cent of parents surveyed said their need for support with childcare had increased this year compared to only 10% that said it had reduced.

A further 94% of working parents said they believe it’s important for their employer to support them when it comes to childcare, arguing it would increase their loyalty to the business (85%) and boost their productivity too (76%).

However, despite this, 73% of parents said their workplace offered them no access or financial support when it comes to childcare.

CEO of work-life balance charity Working Families Jane van Zyl told HR magazine: “The way working patterns shifted in the spring as a result of COVID-19 illustrated that many more jobs than employers previously thought can be done on a flexible basis.”

She added that even though schools will remain open during the second lockdown, it does not mean that parents and carers will be able to return to the ‘normal’ working pattern they had in March.

She said: “In reality, parents have been grappling with staggered school times, gaps in wraparound childcare provision, and the ever-present risk of being required to isolate their family.

“We hope employers will be able to harness the innovative ways of working they developed during the ‘first wave’ to offer parents the flexibility they need—during this national lockdown and beyond.”

Childcare labelled leading cause of stress while working from home

Can we escape the single parent trap?

Speaking to HR magazine, Joe Richardson, research and policy officer at single parent charity Gingerbread said single parents will be most affected by a lack of childcare support.

“Of all workers, single parents are the most likely to work in sectors exposed to the biggest economic and health risks. This is why a second lockdown is such a frightening prospect for this group,” he said.

Single parents are also unable to ‘shift parent’ like couples can,

Richardson added: "If their child is sent home from school, they will face no choice but to stay at home with them.

“This is evidently an imperfect scenario, but employers should do all they can to allow single parents to work around childcare commitments, including flexible hours and working from home where possible”.