‘It would mean so much’: parents on the need to expand free school meals 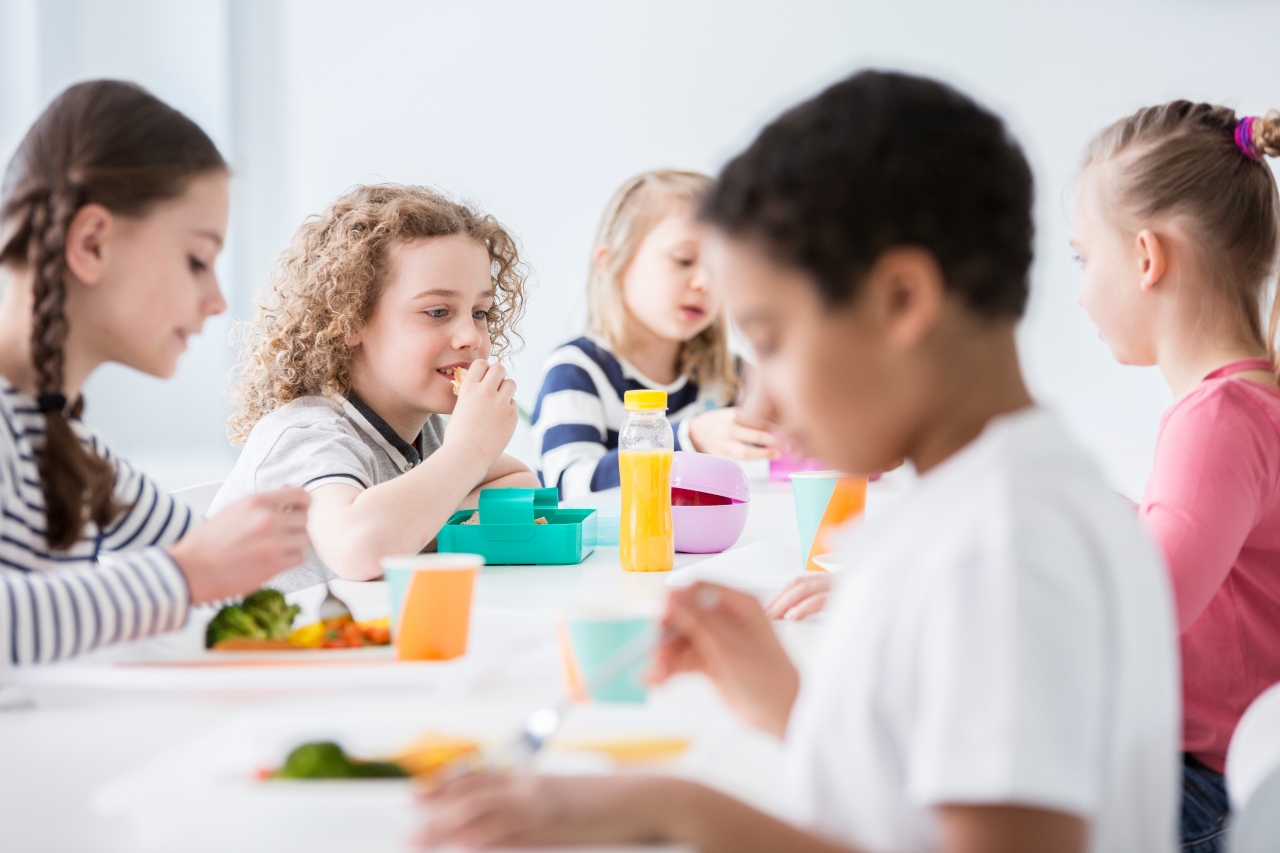 Health experts are calling on the government to significantly expand the criteria for free school meals (FSM) eligibility, in order to tackle the rising risk of malnutrition among children from low-income families.

Households in England receiving universal credit must earn below £7,400 a year before benefits and after tax to qualify, excluding one in three school-age children living in poverty, according to the Child Poverty Action Group. The governments in Scotland and Wales have said they will expand FSM to all primary schoolchildren.

Campaigners from Feed the Future are among thosearguing that FSM should be offered to all children in households receiving universal credit, stressing it would help ease immediate cost of living pressures.

Parents and a teacher speak about how expanding the restrictive FSM provision would help children and their families.

When she first became a single parent, Sally was shocked to learn her children wouldn’t be eligible for FSM. The 36-year-old part-time charity worker in Coventry earns about £750 a month before universal credit.

“The £7,400 universal credit threshold is too low,” Sally, who has two children, aged nine and 11, says. “It’s really unfair – it makes you feel like you’re being punished for working. I am on my own and [on] really low wages and couldn’t believe it when I found out we weren’t entitled to FSM.”

The 36-year-old makes her children packed lunches, but is “constantly worrying” about rising costs. “Knowing they would be fed in the day at school would really help,” she says, adding that she has just had her rent increased by £100. “I’m constantly worrying about going shopping and making sure you have money left over for bills.”

Sally believes FSM should be expanded to help families weather the cost of living crisis. “I would be able to make them better, more nutritious breakfasts and dinners. FSM would mean so much less stress for me and much more choice for my kids.”

While Charlotte, 35, would like her children to take in packed lunches to their east London secondary school, her oldest two refuse. She says there’s stigma around packed lunches at their school. “They can’t sit in the cafeteria with their friends if they eat a packed lunch – it’s not made an easy option for kids. There’s a big divide at the school; there’s a lot of rich kids and a lot of poorer kids too. My younger children aren’t really aware of the fact that we’re quite poor,” she says. “We’re one of the only families who rent in our kids’ friend groups.”

Instead, Charlotte, who receives employment and support allowance, personal independence payment and universal credit alongside her key worker husband’s wage, gives them £2.50 a day. But it’s never enough: “I just feel so inadequate when my kids ask for more money on their finger [biometric payment system] and I have to refuse,” the mother-of-four says. Her youngest receives a FSM, as all infants are entitled, and her seven-year-old takes in a packed lunch.

“The school says £2.90 is recommended but we can’t afford that. £2.50 should be enough to give a really good meal. They come home and say all they can afford is a bottle of water and a doughnut – no wonder they’re hungry and tired.”

An expanded policy would offer a significant financial benefit to the family of six. “It would help massively,” she says. “We’re on a prepayment meter because we got behind on energy payments and our voucher is going straight into the debt. We are trying to only put the heating on for Christmas day. Food bills are increasing massively – it would help us sustain ourselves at home.”

She adds: “It’s a mental thing too, how it makes them feel when they can’t afford what their friends can, like they’re less than other people’s children. It makes me feel terrible as a parent.”

‘A boy in my class fainted - he hadn’t eaten’

With 800,000 children living in poverty in England ineligible for FSM, children are falling through the cracks as the cost of living soars. A teacher at a secondary school in Rotherham told the Guardian that a boy in her class recently fainted because he had not eaten.

“A lad fell off his chair and fainted outright. He told me he hadn’t had dinner the night before, or breakfast, and hadn’t eaten well in a couple of weeks,” the teacher, who asked not to be named, says. “I’ve never [seen] that in 25 years of teaching.”

The teacher says she has noticed a change in her pupils since the autumn term began. “I’m in a deprived area and the kids are looking unwell. They look unkempt. Even last year, at break, at the end of the lesson, they’d be in a hurry to get their snacks out of their bags. I’m seeing so few kids do that now,” she says.

“The FSM provision is so narrow,” she says. “There’s a hidden tranche of kids who should be getting that support and they’re not. [Expanding] FSM would alleviate their mental distress and concerns about their parents and siblings and would take away the pressure at the other end of the school day.”

‘We’ve had to readjust our budget’

Studio manager Sarah, 38, knows how helpful FSM are to lower and middle income families: her eight-year-old used to go to school in Islington, which offers FSM to all primary school pupils. Although Sarah does not receive universal credit, she says that when her family moved to North Yorkshire this year, it meant “readjusting” their budget to account for £60 on school lunches. “I really noticed a difference in the budget, straight away. You’re making different decisions on what you’re buying. You might be buying less fresh fruit or going for a cheaper option.”

“It’s another thing to worry about on top of lots of rising costs in other areas. It’s extra financial anxiety,” she says. “Having it made such a big difference – and allows that money to be spent on extra food or clothes for the kids.”

“Having FSM for all sends such a clear inclusive message – every child is going to have a warm school dinner. It really does abolish any of that feeling of not being able to afford basic things like school dinners. Hopefully you don’t pass that on to children, but children are privy to [it].”