Resistant Eater Makes Meals a Challenge for These Parents 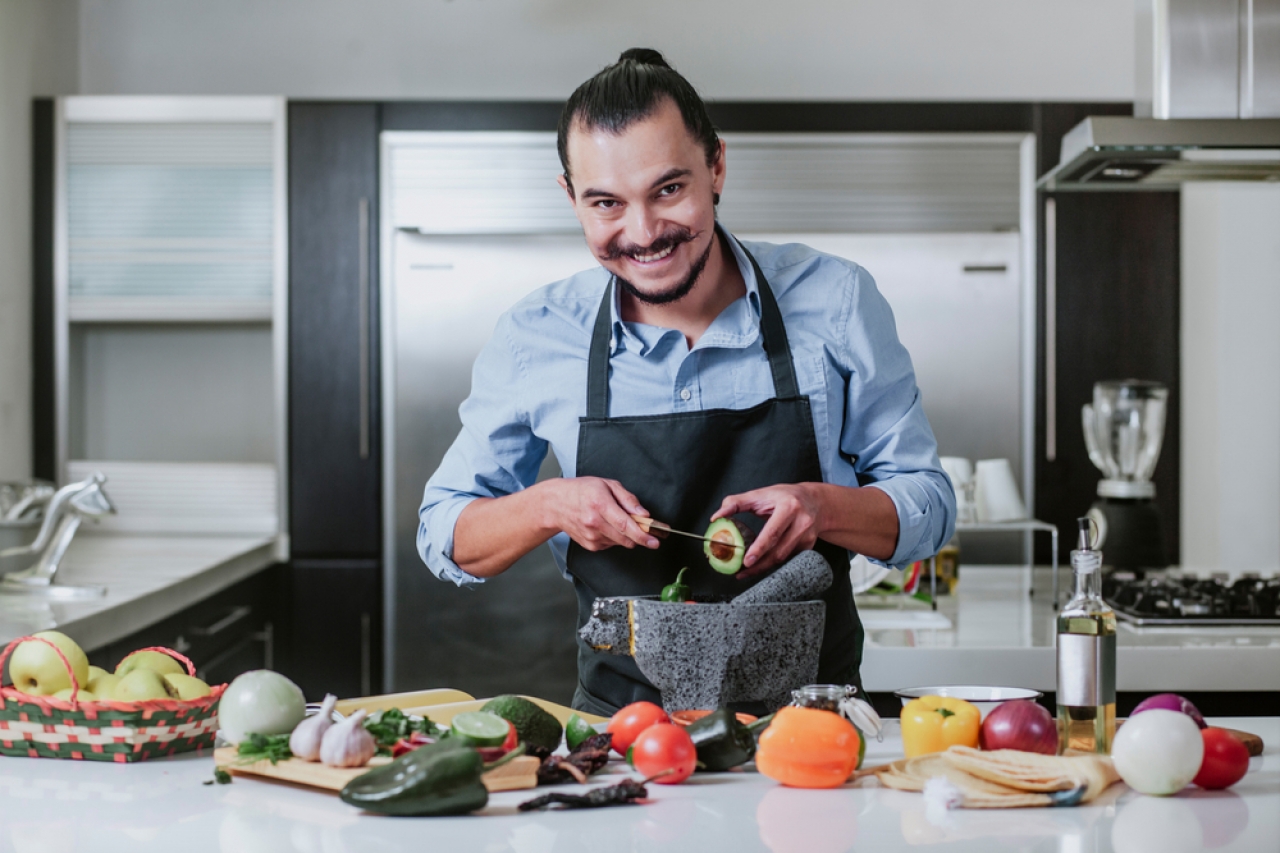 My daughter has never eaten a hamburger. Or pizza. Or chicken nuggets. In fact, she’s never had a smorgasbord of foods most 8-year-olds devour with abandon: grilled cheese, hot dogs, spaghetti, mac and cheese, and — my personal favorite — tacos. Who doesn’t love a good taco?

Oh sure, she may sniff, touch, and occasionally lick these foods. But to actually bite, chew, and swallow it? Well, that’s just asking too much.

My daughter is more than just a picky eater. She’s what feeding experts call a “resistant eater.” This means she eats just 10 to 15 foods (or fewer), limits her food groups (to mostly carbs), and often expresses disapproval, sometimes with a harrumph, over the presence of a new food on her plate.

This food fussiness stems from my daughter’s autism, which makes her uncomfortable with changes in routine. Adding to it is a sensory processing disorder (SPD), a neurological condition that causes difficulties with processing information from the five senses: taste, sight, touch, smell and hearing.

The SPD manifests as a preference for snacks with a crunchy texture and bold flavor. For her, these are smoked Gouda Triscuits, barbeque quinoa chips, cheddar Pringles, and, her mainstay, white cheddar popcorn. The autism appears as a need for certain foods to always be the same brand. I once bought my daughter SkinnyPop white cheddar popcorn instead of the usual Smartfood brand because it was on sale. When I pulled the popcorn from the grocery bag, she took one look at the unfamiliar green and white packaging and uttered, “No, Daddy.”

While there are no reliable statistics on the feeding and eating problems of autistic children, one widely reported study found they are five times more likely to face mealtime challenges — from narrow food selection to rigid eating behaviors — than their typically developing peers.

When my daughter was diagnosed as autistic in 2017, shortly before her third birthday, I focused less on what went into her mouth and more on what was coming out of it — hardly any discernible words. I didn’t know much about the connection between autism and eating habits.

My daughter’s unique palette and pickiness began to emerge at 6 months old. This was when my wife first introduced her to solid food: yogurt, apple sauce, assorted baby foods, cereal, pears (which always ended up on the floor), and even pico de gallo (she apparently liked the light kick of jalapeño).

There was the occasional bite of a pork chop here, a forkful of blueberry pancake there. But, as our daughter grew older, she never really took to eating a broad variety of foods. At 13 months she consistently drank milk from a sippy cup, and that was only after my wife successfully transitioned her from formula in a bottle — a change our daughter mightily resisted.

To ensure our daughter got the proper helping of nutrients, my wife started mixing the milk with varieties of Naked Juice, a brand of fruit and vegetable smoothies. That eventually evolved into a blend of Naked Juice and Greek yogurt (packed with protein and probiotics) for her school lunches. I jokingly refer to these smoothie blends as the “Elixir of Life” because without them I’m certain our daughter wouldn’t be thriving or hitting her growth and weight targets. In my daughter’s words, “Smoothies are very tasty at lunch and recess.”

Still, getting your child to eat shouldn’t be this complicated.

Doctors confirmed our daughter didn’t have swallowing or gastrointestinal issues, but that didn’t relieve my constant worry about her nutritional intake. Can she continue to thrive on such a limited diet? Am I packing enough food in her lunch box to last the school day? Will she ever outgrow these food aversions?

I reached out to my daughter’s therapists for tips and advice. Through them, I learned just how complicated the act of eating is. It involves 26 muscles, eight sensory systems, six cranial nerves to chew and swallow, and engages every organ in your body. As speech-language pathologist Judy McCrary Koeppen notes in The Thinking Person’s Guide to Autism: “Eating is a multisensory experience. Each mouthful brings the possibility of a variety of flavors, textures, and temperatures.”

Whatever you do, they said, never withhold food or physically force a child to eat. That will only make things worse for a resistant eater, a picky eater or any child.

So we began with “food chaining.” You start with a child’s preferred food and gradually “chain” together similar foods with slight changes or variations until you get to the new food. For example, go from chips to crackers to crackers with a sweet topping to chocolate pudding. We did the best we could. Our lack of time and patience, though, caused us to abandon this tactic.

Then we tried bribery. Our daughter could earn iPad screen time if she tried a new food. It worked for a few weeks (I recall her taking bites of broccoli and salmon), but her motivation waned.

We knew consistency would be key to overcoming the limitations of our resistant eater. We worked with our daughter’s behavioral therapist to add a feeding component to her therapy sessions. Three times a week my wife and I pack a new (or less preferred) food for the therapist to try with our daughter. Eating is the goal, but touching and licking the food also counts as success.

Every time the therapist reports our daughter actually ate something new, I do a happy dance. So far she’s taken a liking to baby carrots, apple slices, and peanut butter and jelly sandwiches. When you’re the parent of a resistant eater, you celebrate every victory, no matter how small.

My wife and I build on our daughter’s progress at home by offering her the same food we’re eating, even if we think she’ll refuse it.

One day my wife offered her rice with salted butter. She ate it and asked for it again later that month. The week before that, our daughter requested orange juice. My wife and I looked at each other with an expression that read, “Who’s child is this?”

With each bite of new food, our daughter is maturing as an eater. Just as some people are social drinkers, we’re learning our daughter is a social eater. She’s a bubbly chatterbox now and loves participating in occasions that involve food — birthday parties, holiday dinners, family outings. She just happens to bring her own smoothies and snacks to the table.

Last autumn a friend invited us over for dinner with his family. I warned him my daughter may not eat what was served. When the chicken lettuce wraps arrived at the table, to my amazement, she grabbed one and took a few bites before retreating to her snack tote. Months earlier, at a dinner party, she casually snacked on tortilla chips and mixed nuts like it was no big deal. But indeed, it was.

I used to think my daughter, as a resistant eater, was missing out on moments because she was missing out on the food. That’s because my own childhood memories are intertwined with the scents and tastes of dishes prepared with love. The gooey and decadent German chocolate cake my mother made. The tangy sweet peach cobbler with the gloriously buttery crust baked by my grandmother. My great-grandmother’s New Year’s Day meal of collard greens, black-eyed peas, and cornbread for good luck in the new year.

I’m realizing that as long as my daughter is connecting with the people around the table, she’ll never miss out on love, joy, and laughter even if she is munching from a different menu.