The language of maternity is alive and well – so why not expand it to include trans parents? | Rhiannon Lucy Cosslett 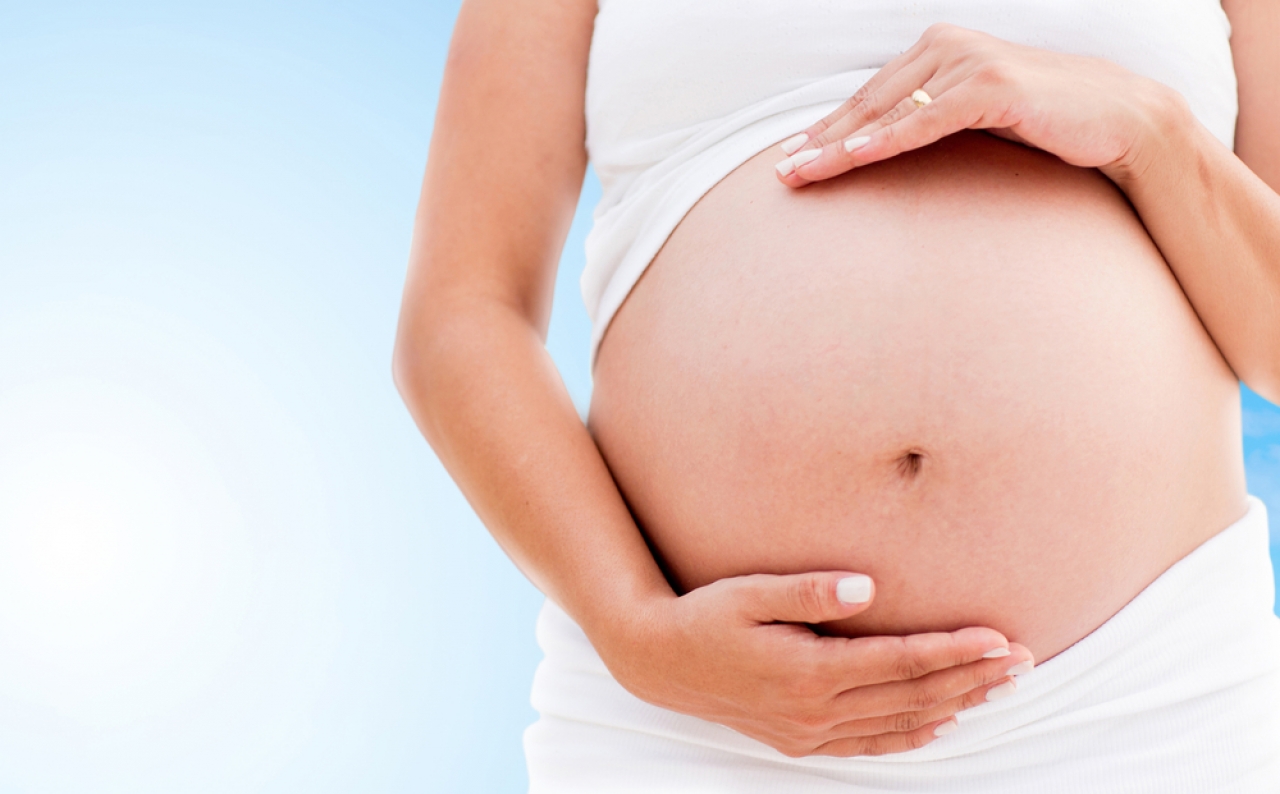 “Hey, Mama!” This is how I was greeted by a friendly member of staff every morning during my week-long stay in hospital after my baby’s birth. Theoretically, I had had my whole pregnancy to get used to the idea of being a mother in the eyes of the world, because almost immediately you become, to the professionals you interact with, “Mum”. As in: “could Mum pop herself up on the bed, please?” (Mums seem to do a lot of “popping”). But nonetheless, it was still surreal to feel my identity shift.

Meanwhile, the baby’s father wore a name tag that proclaimed: “I am [name]. I am husband.” It made me laugh, recalling as it did “I am woman, hear me roar”, or at least a labour ward version of that: “I am husband, hear me … ask politely once again for pethidine.”

So these were our roles: mother and father, husband and wife. On all the discharge documents, too. Yet if certain media reports are to be believed, one of those terms was under threat: the word “mother”, as a result, apparently, of the push for trans-inclusive language. When, last year, Brighton and Sussex maternity services announced they would be adopting gender inclusive language, including terms such as “birthing parent” and “chestfeeding”, they were accused of misogyny and of “erasing” womanhood. Though the announcement made clear that the language of women and motherhood would be retained, some reports failed, cynically, to mention this fact, and there was still a social media uproar. (The widespread use of the inclusive term “birth partner”, however, doesn’t seem to ever cause such an outcry.)

Fear over the erasure of the language of female biology, especially in maternity services, has become central to the gender-critical discussion of trans versus women’s sex-based rights, and yet, as someone who has been pregnant recently, it doesn’t seem to bear out. The language of maternity remains heavily gendered: I was almost always mama, Mum, mother, a pregnant woman, a lady, a female patient, a breastfeeding mother.

It is true that at times I was a “pregnant person”, though I was never referred to this way by health professionals – it was usually applied by other resources and services, including charities. And in any case, it really didn’t bother me. Some aspects of pregnancy can feel dehumanising: I quite liked the fact that I was being given personhood when so often womanhood seems to preclude that.

Yet the notion that trans people want to wipe out the language of maternity persists to the point that it has become, in my view, something of a moral panic.

In her nine years as a midwife, the author Leah Hazard has, to her knowledge, only treated patients that identify as women. However, she feels that inclusive language is an important part of her practice.

“Inclusive language and behaviour aren’t about erasing one group. It’s about including all groups,” she says. “It allows all people to feel included and seen and cared for and honoured. And that really is the essence of midwifery.” Instead of seeing inclusive language as a dangerous affront to women, Hazard sees it as part of her duty towards patients. Medical professionals, of course, adapt their language around different patients all the time: they might be working with a mother who has had a double mastectomy after cancer, rendering the language of breastfeeding inappropriate, or whose emergency caesarean means the language of vaginal birth makes her feel terrible.

“If you’re in bed one and you want to talk about breastfeeding, I will talk to you about breastfeeding,” says Hazard. “And if Charlie is in bed two and is a trans man and wants to talk about chestfeeding or body feeding, what skin off my nose, really, is it to talk to Charlie about chestfeeding? None whatsoever … But it just means that I continue to provide that individualised person-centred care that I’m actually duty bound by the regulator to provide.”

The importance of personalised care is even more apparent when I talk to a former colleague and fellow writer Freddy McConnell, a trans man who has just given birth to his second child. “Throughout both my pregnancies I felt respected and understood by every midwife and doctor I encountered,” he says.

“After my second arrived by emergency C-section, it was incredibly touching and affirming to hear multiple people in the operating theatre spontaneously say, “congratulations, Dad” and “well done, Dad”. I didn’t have to ask or explain myself. I didn’t want special treatment – I just wanted us to be safe and to have a positive birthing experience.” (McConnell notes that the paperwork he was given could have been more inclusive – a point other LGBTQ+ couples have also highlighted.)

I fail to see how anyone could reasonably take umbrage with his words. It seems to be that some of the uproar from the shift towards more inclusive language comes, not as a result of demands from trans people that the word “mother” be erased, but from organisations and services overcorrecting themselves while seeking to be inclusive.

“I really don’t feel comfortable being called a birthing person. I am a mother, I have a baby,” said one NHS source, who complained during a meeting in which replacing “mother” with “birthing person” was touted by a colleague. She described the reaction to dealing with this issue as an “organisational phobia”, saying that the focus on this question was overshadowing the more important issue of improving services for everyone. “I’m not transphobic and I want people to feel comfortable … there needs to be some middle ground.” In the end, her workplace decided on “women and pregnant people”.

Away from the fury and clamour of social media, professionals are making these decisions every day. They are not always getting it right, but at the heart of their efforts is the desire to create a more inclusive environment for everyone having a baby.

On the day I unexpectedly went into labour, I was rewatching Seahorse, a documentary about McConnell’s journey towards pregnancy and parenthood. All I saw when I watched was another parent, embarking on a new life while negotiating their own specific challenges, as we all do. In this, I felt only solidarity, something we could all do with more of, no matter how we identify.

What’s working: I want to sing the praises of the inventors of the Elvie breast pump, who have enabled me to feed my preterm baby – one of the biggest challenges that I have faced as a mother so far. It sits silently inside your bra, and unlike other pumps it allows you to move around while wearing it, so you feel less like a cow being milked. It’s expensive but worth it, especially in a situation such as ours. A truly liberating invention.

What isn’t: My father reports that hand-knitted baby clothes have disappeared from Welsh charity shops, due to a visit from trading standards demanding that they need a fire safety label. Though he has discovered a way to, shall we say, circumnavigate this, it’s still a shame.