What Infants, Toddlers and Preschoolers Need During the Pandemic - MindShift 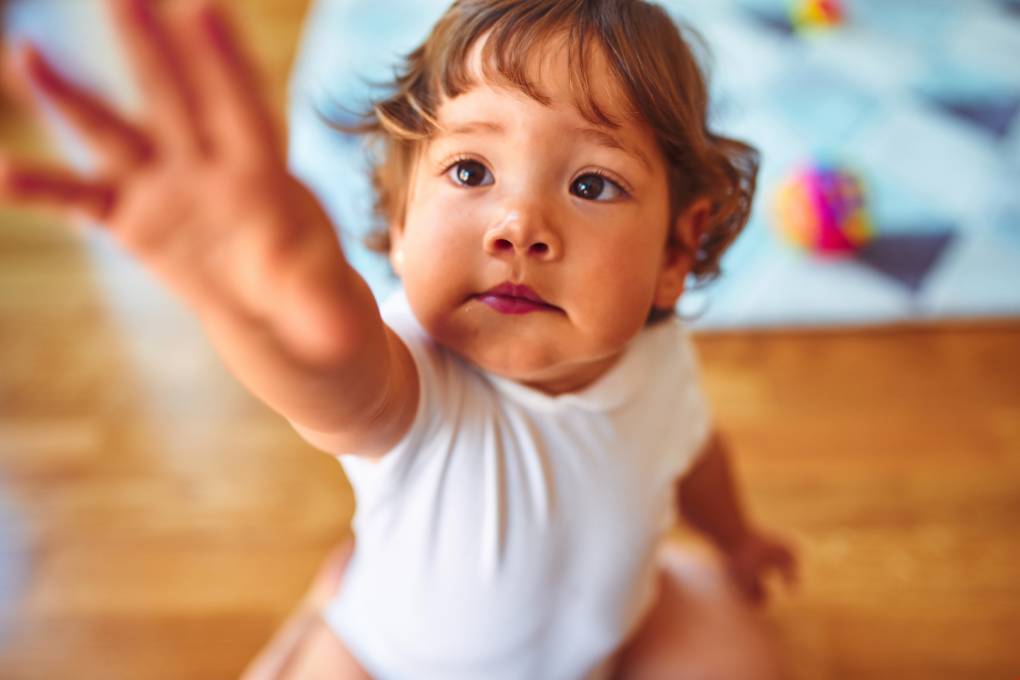 Copy Link
(AaronAmat/iStock)
Throughout the coronavirus outbreak, nearly everyone connected to children has raised the alarm about pandemic learning loss . Parents, educators, physicians and politicians — they might disagree on solutions, but they’re all concerned about how the current educational upheaval will affect K-12 students.
By contrast, little attention has been paid to the pandemic’s effects on even younger learners.
“There aren’t a lot of people out there screaming ‘what about the infants?’” said Jack Shonkoff,  a pediatrician and professor who leads Harvard’s Center on the Developing Child .
Perhaps there should be. In recent decades, neuroscientists and early learning experts have discovered just how much an infant’s environment contributes to the development of their brain’s structure and circuitry. When infants receive nurturing, responsive care in stable settings, “it literally shapes the architecture of the brain and builds strong brain circuits for learning, for emotional development, for self-regulation,” Shonkoff explained during an early childhood seminar hosted by the Education Writers Association.
When the opposite is true, the consequences can last a lifetime. Adverse childhood experiences and toxic stress can negatively affect education, jobs and health into adulthood.
Sponsored
Scientists knew all of that before the coronavirus sent rates of unemployment , hunger , depression and anxiety soaring. There are programs like Healthy Steps that can help families access resources and support. But Shonkoff worries that the the enormous stress and instability families are facing will harm babies and toddlers for years to come. To prevent that, he said everyone needs to step up to support struggling parents.
Disrupted development
Most parents work incredibly hard to provide the best they can for their kids. But stressors like job loss, illness or a lack of child care make it harder to provide the predictable, responsive care that little ones need.
Without those things, the brain detects danger and triggers the body’s chemical and biological stress responses. If fired too often in a child’s early years, these responses can disrupt their neurological development.
One example of where this can do long-term harm is in the prefrontal cortex, the brain region involved in controlling attention . The prefrontal cortex has two periods of rapid development, Shonkoff said in an interview. The first occurs between ages three and five when kids gain more self-control and ability to focus, or as Shonkoff put it, “all that preschool stuff that makes the difference between a 5-year-old and a 2-year-old.”
But if the base layers of the prefrontal cortex haven't been laid before then, problems can arise. Psychologists observed this issue in a longitudinal study of children who grew up in Romanian orphanages and their peers who were placed in foster care. Researchers found that the institutionalized children, who received little human contact , had delays in cognitive, linguistic, motor and socioemotional skills. Those in foster care fared better — especially if they were removed from the orphanages before age 2. But even among that subset, ADHD symptoms appeared more often than in a control group.
“The brain circuits and the structures that underlie the early foundations of attention are clearly affected early, not in a way that's necessarily irreversible, but the older you get — and by older I mean going from 1 to 2 to 3 — the harder it becomes to completely recover,” Shonkoff explained.
That’s why, he said, if society doesn’t make moves to support infants now, in a few years schools can expect to see “more kids with more needs” arriving in classrooms.
Serve and return
One of the best ways parents and educators can help children develop healthy brain architecture now is through “serve and return” interactions.
Think of it like tennis. When a baby does something like focusing on a new object, grabbing their feet or babbling, they’re serving the ball. A parent or caregiver can volley it back by noticing, naming and responding to these small moments. These back-and-forth interactions can activate and strengthen connections in a child’s developing brain, just as tennis practice builds an athlete’s muscles and reflexes.
Practicing serve and return doesn’t require fancy toys or oodles of free time. They can occur through simple play, like peek-a-boo, or during ordinary activities, such as making a snack. In its resources for caregivers, the Center on the Developing Child outlines five steps to serve and return:
Share the focus.
Follow children’s lead for endings and beginnings.
To help children, help their parents
Another key to early brain development is having a predictable daily routine. But if these seem like simple directives, they have become much harder during the pandemic.
“It's not to say that you're doomed if you're stressed, because we're all stressed,” said Shonkoff.  But the amount of stress and available support networks make a difference. Parents need to ask for help , he said.
And the rest of society needs to respond. “There's nothing magic that the government or programs can do with babies. Whatever we do has to be done by empowering and enhancing the ability of the adults who care for them to be able to provide that kind of environment.”
In Congress, Democrats are currently pushing to expand the child tax credit for millions of families as a way to combat child poverty. The plan, which would cost an estimated $120 billion per year, has received some bipartisan support but also criticism from conservatives.
While politics can lead to pessimism for some early childhood advocates, Shonkoff said the scientific evidence showing what’s possible keeps him positive. “Optimism is the only way to think about the early childhood period, not just because we wish that things could be better, but we have so much untapped knowledge that could produce much better results if we used it.”
See Comments