15 kid-inflicted parental injuries every parent has 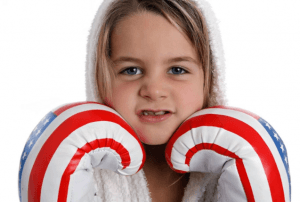 Parenting is tough, no doubt about it. But alongside all the emotional knocks and challenges of being a parent to a little one come the physical ones too. It is without question that at some stage during your tyke’s earlier years, you can expect to notch up every one of these kid-inflicted injuries, as issued by your very own kiddo:

You think you’re being clever by hooking the scooter over the pram after your little sproglet has decided a split second after leaving the house that they no longer want, nor require it. You’re damned if you’re going to be found schlepping the god-foresaken thing around with you all afternoon, and smugly hook it over the pram and then promptly un-smug yourself after it rudely thwacks you in the shin in rhythmic sync with the pram, leaving your shins a battlefield of bruises

Dear god, is there any foot injury more painful than unwittingly standing on a piece of lego? Is this what the cruel Danish designers had in mind for our feet when they dreamed up the design? Killing parent’s feet in a home near you soon.

I blame the grannys for this one – all their pinching of cute chubby cheeks is finally revenged by our little ones as their little fingers pincer our not so chubby ones. Extra injury points if it’s Daddy’s nipple.

Being a parent means being an engineer of sorts. Suddenly, what should have been an easy afternoon of putting together the latest toy set becomes blood central as you try to prise the wrong combination of parts you have ridiculously forced together in the vain hope that “it’ll do” apart, only for them to give you a full on blow across the face once you finally prise them free. Bosh!

Hey mummy! Let me crawl over you and give you a cuddle, and in doing so dig my boney little elbow with full force into your wizened boob which no longer provides the shock absorbtion it once did, and leave you mentally effing and blinding in pain thereafter.

One minute you’re minding your own business, the next it’s like someone has bopped you over the nose with a caveman club…except that club is actually your child’s head. Lovely.

You’ve been carrying a child who to the untrained eye looks WAY too big to carry around, firmly lodged up against your hip for most of the afternoon. Could it be that your hip is actually descending down to your knee? Because that’s DEFINITELY what this injury feels like.

From babies to toddlers and preschoolers…there’s something about our hair that just makes it so yankable! As if our hair was not traumatized enough by turning a shade of greyone strand followed by another, it also has to fight for its life to actually stay on our head too!

Reserved exclusively for the lucky (or unlucky) square eyes amongst us, you may think that glasses in fact help you duck out of injuries, especially number 9 in this list, but there is nothing like a pair of glasses being thwacked back further from your nose then they ever should be, to give you some serious ouch! factor.

Blame it on the teething, blame it on the animal instinct, or blame it on pure toddler rage. Whatever the circumstances or excuse, a bite has to be one the most degrading, uncomical injuries in my book!

Last time you looked, you seemed to be a human. However check in with your child and they seem to have confused you for a trampoline. Being bounced on with full force without any prior warning may be a kiddo’s idea of fun, but let us parents tell you..we are a far cry from a bouncy castle you rascals!

Look at those dangly pretties in your ears! Don’t they look so pull-able? Yes, in fact they do, and boy does it hurt when someone thinks it’s a good idea to see whether if they just yank down on them really hard, they will just come off…errr…and almost take your whole earlobe off along with it!

Maybe we should all get our children scratching poles? Because last time we counted, we have received more scratches from their innocent looking nails than any cat in residence has ever probably dished out.

Nights spent bending over a cot trying to settle your baby, dragging a toddler-laid pram over some steps because “you thought you could manage it”, and playing horsey relentlessly for your resident tyrant. You can bet that at some point, your back will be well and truly f*****!

How many out of these 15 injuries have you experienced? Leave a comment and let me know what you scored.