Here’s why being a sober mummy can actually make your life better…. (motherhoodtherealdeal) 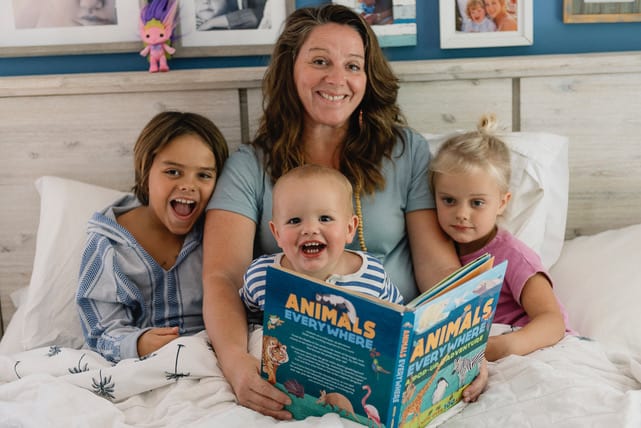 Life before being a sober mummy: A notification pops up on my phone. With a quick glance I see the title,

My hand hovers over the ‘going’ icon.

Answering a yes, no or maybe, is not as simple as it sounds. I sit, phone in hand pondering the invite wondering why I’m finding it difficult to respond.

You see, my relationship with nights out, like many relationships on Facebook, had become complicated. I knew that going meant so much more than just a fun girl’s night out. It meant guilt, shame and being unavailable for my children the following day.

Clicking ‘yes’ meant I was going to get totally and utterly wasted.

Clicking on ‘going’ meant starting my night with good intentions and ending my night alone in a taxi with a Tesco bag to vomit into.

Obliteration would be a better description of my drinking. I was one of those people that never went home after a couple, never said no to a round of shots and always woke up with a bruise on her chin from a misplaced swan dive. A party girl with no limits, plenty of friends and zero consequences.

You would have thought I was great company. I had the stories and the dance moves. On nights out I was the life and soul of whatever grubby dancefloor I was rolling around on.

When I had my son, I was determined to stay that way,

‘This baby won’t change me’ I said to my husband,

So that’s what I did. I mummied during the day, I changed nappies and sang lullabies. Then as the sunset, opened crisp bottle of white or clipped off beer caps. I deserved it. Parenting was all encompassing and alcohol was my escape. Then at the weekends, I’d get together with other dishevelled new mums and we’d ‘let our hair down’ guzzling wines and spirits until we fell over.

But along with each stonking headache the following day… something else began to creep under my skin. My hangovers morphed into something sinister. There were no giggles over fry ups or Sunday lunches with friends accompanied by Bloody Marys. Things changed. A darkness shrouded my frivolous drinking habit, sucking any joy out of my usual easy-going nature.

Each Sunday, as the front door slammed closed, fear filled my heart. The sound of my husband taking the children to the park on his own, made me full of regret.

I stayed in bed all day with anxiety rolling over my body like waves. I hated myself for drinking, despised the fact I didn’t come home after that third glass like I’d promised.

As I laid there, I questioned myself.

‘Why do I keep doing this?’

Guilt because I’d gone out and shame because I was a useless mess unable to care for my young family.

This pattern of drinking, fear, repeat, went on for years.

Being a binge drinker was so ingrained into my social life that imagining a life without it seemed impossible. So, instead of stopping and being a sober mummy, I tried to train myself to be a ‘better’ drinker. I drank water between wines, did dry July, and stuck to just drinking at weekends. But each attempt at moderation ended the same…. with my head in a toilet regurgitating kebab while a sympathetic friend patted my back.

I got pregnant again and I experienced 9 perfect months. Pregnancy was a perfect excuse to be a being a sober mummy and turn down a glass of cheap bubbly at every social event I went to. I liked being able to say no. It felt like I was in control for once.

After my little girl was born, I made a promise to do better. Be a better mum. But, the isolation and mundanity of motherhood wore me down, and I soon slipped back into my old ways.

I went out. Got drunk and my anxiety got worse. I saw concern in my husband’s eyes as he handed me paracetamol and closed my bedroom blinds.

One Sunday afternoon after a heavy sesh, with fear filling every pore in my body, having missed another day out with my family, I decided I’d had enough.

My rock bottom wasn’t rolling around in a gutter with a half empty bottle of Jack Daniels. It was the realisation that I wasn’t being a good parent and that I was incapable of moderating my alcohol intake.

I got out of bed and plodded into the kitchen,

My husband was spooning some mashed potato into the babies open mouth.

‘I need to stop drinking. I don’t think I can do it on my own’

I didn’t know it back then, but that moment, standing in the kitchen with my husband on drizzly afternoon, was the moment I decided to change my life.

I got therapy. It worked. I found out why. I got to know me beyond the Prosecco and the bravado. I connected with the girl I had been before the party started and I got to like me with the alcohol drained from my body.

There were no Sundays spent hiding in my pit of discontentment. I was out. Living, enjoying all the benefits an alcohol-free life offers.

My skin became clearer and my mind, sharper. I felt happier in every possible way. I began to understand that alcohol had been stealing part of me away for 25 years. I’d been misled by booze, tricked into thinking that ‘drunk me’ was the person people wanted, only when it was gone; did I realise that person wasn’t real. It was an exaggerated version of me, a slurry party mum with red wine teeth and a blotchy neck that should have probably got the last bus home.

Becoming this shiny new sober mummy, had a domino effect… I ate better, I slept better, I worked out more and I had a better relationship with my husband, but by far, the best consequence of my newfound sobriety, was that I became a better Mum, not a perfect one, but a happier one, I wasn’t numbing out of life, leaning in on wine at the end of the week. I became available.

Going from a wilting Rockstar to a sober mum had its challenges, there were moments when I felt lost, where I thought a future without getting wasted was unfathomable, Yet.. here I am, nearly 1000 days without a drink.

Life is different now, being a mum that doesn’t throw wine down her throat at every opportunity is utterly amazing. I love saying no, I love being the driver and I love remembering all of my social interactions. The fear has gone as has the shame and the blackouts. My children won’t know the binge drinker I was… They will only know this me, sober me and I’m proud of that.

Being sober mummy and sober parenting is better. Better for me and for them.

Our toxic and very complicated relationship with alcohol is getting worse, women are reaching for wine before we consider the fall out, it’s habit, Covid hasn’t helped, we’re all using booze to get us through… so maybe it’s time to consider a different lifestyle, a healthier way. Something that doesn’t have us feeling like shit, flashing our knickers at policemen, taking up beds in casualty departments or staying in bed, hiding with anxiety.

Maybe we can teach the next generations that being our true selves, is enough.

Giving up drinking and being a sober mummy means I’m no longer scared of going out, I trust myself.

I don’t drink; therefore, I don’t deal with any of alcohols negative repercussions. Nowadays, my finger never hovers over the Facebook icon. I click it before I’ve even had time to think.