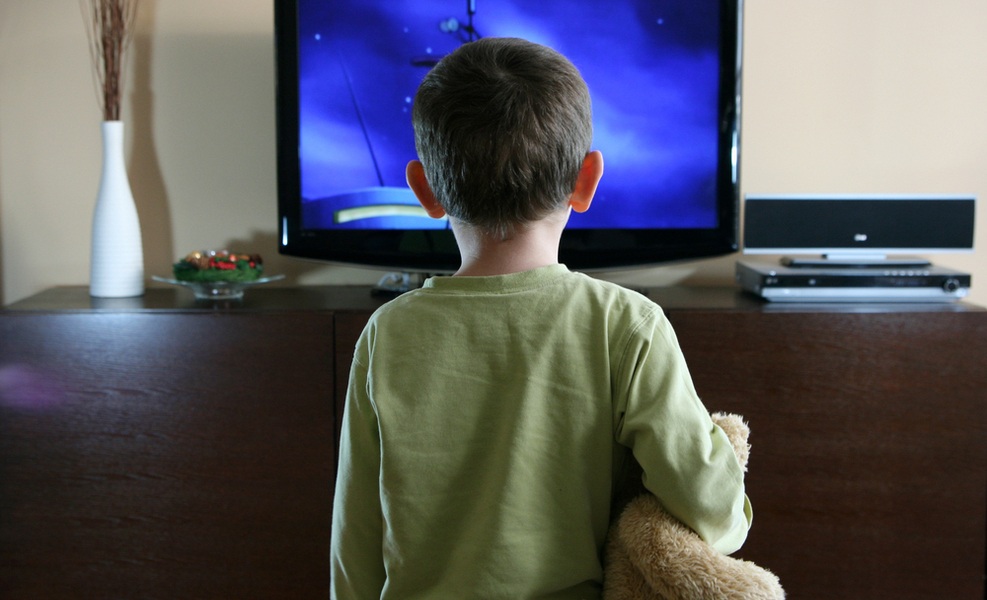 For many parents, screen-time is an issue because we know too much is a bad thing but kids are drawn to it like they’re addicts.

Because they sort of are, but that’s a different story.

New research from the University of Arizona found that kids watching television isn’t just bad for them, though, but that it can increase their parents’ stress levels as well.

The researchers say that the more television kids watch, the more advertising they’re exposed to. This leads to them being more likely to nag at parents to buy things they see advertised, and possibly throw fits if they’re told they cannot buy it. Researchers say that this stress may go far past the aggravation of the tantrum in the stores themselves.

Matthew Lapierre is an Assistant Professor in the University of Arizona Department of Communication in the College of Social and Behavioral Sciences. He says that the more advertising kids see, the more conflict opportunities arise as they ask for things and parents tell them they cannot have them. He also adds their research looked at the effect of television watching on parents’ stress, not just their kids developmental health.

They looked at survey data from 433 parents of kids who were between the ages of 2 and 12. The survey asked parents how much television their children watched,  how often children demanded things or touched items during shopping trips, how often children tried to coerce their parents into buying things and how parents’ stress levels were when shopping with their kids. The research team also asked questions about parents’ communication styles.

LaPierre said that it may seem obvious, but to reduce this friction between parents and children, parents can limit screen time. He notes that commercials exist to increase purchasing behavior–if kids watch fewer commercials, they see fewer things they want.

He also suggests parents talk to their kids about consumerism in general, and being honest with children in the purpose of television commercials in general. Calling this Advertising Communication, his team also looked at Collaborative Communication (parents seeking child-input on family purchasing decisions) as well as Control Communication (Parents simply telling their children they’re not buying something and not to argue the point) for efficacy levels.

Related: How to Keep Kids Busy Without Screentime

They found that Control Communication and Advertising Communication initiated more purchase requests and coercive behavior on the part of children, and those communication styles may not be as beneficial in decreasing parent stress.

It’s not just about commercials, either. As advertising to children is a multi-billion dollar industry, advertisers are getting creative in their branding and product-placement in the shows children and families watch. LaPierre said that even if streaming things, the lack of ads doesn’t necessarily make too much a difference because kids are still most likely seeing integrated branding. He suggests less-screen time in general to just end the exposure.

While we’re no scientists, we’d also venture to say that parents’ stress levels may increase as their children watch more television because many of us know about the brain drain our kids experience as they sit in front of a tv or screen. In a world where moms are trying their hardest to get it all done during a pandemic, more television and screentime doesn’t just seem probable–it’s nearly required for kids as they watch things for school or other activities they are no longer able to participate in person. This  guilt alone can increase a parent’s stress.

Gird up. Commit to turning the screens off and having more books/puzzles/maker-spaces/independent activities/etc. that we can offer our children as alternatives. It’s harder now than it ever has been before, but in light of what kids are missing with virtual learning and socialization, it’s also more important than ever.