The splinter hack parents are raving about 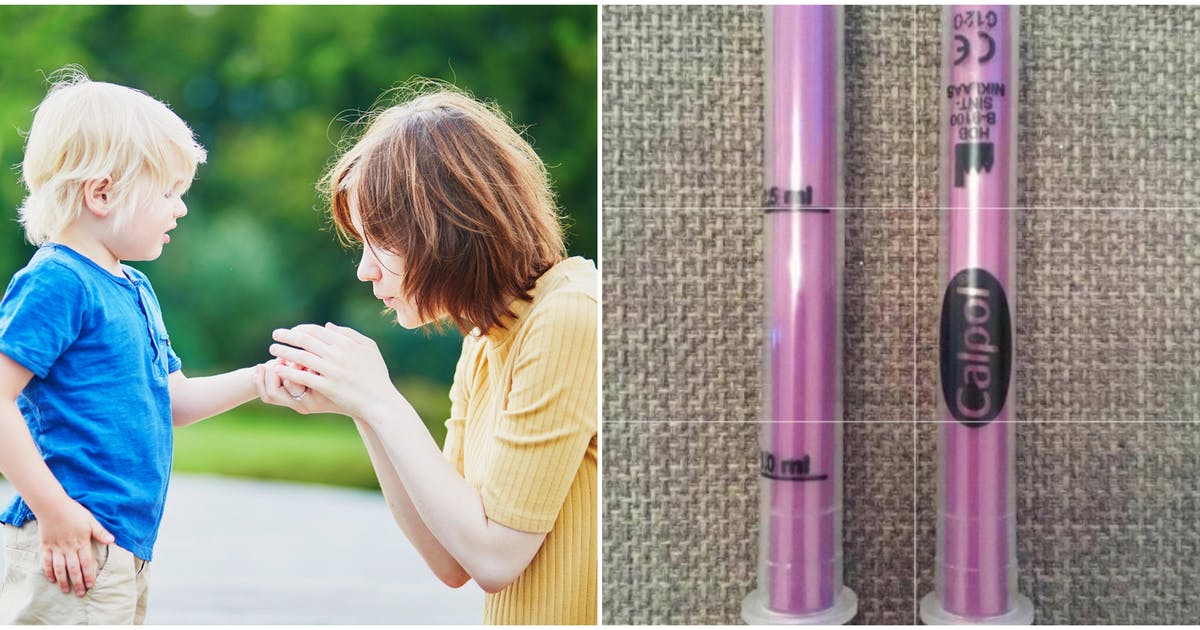 Mum Jessie Leigh has shared a hack she came across on Facebook to help get splinters out and the internet is LOVING it. But will it work for you?

We’ve all spent ages trying to squeeze a splinter out from under your kid’s skin while they cry, squirm and wriggle.

They're impossible to remove without tears and it’s one of those parenting tasks we all dread.

But, a hack re-shared by a mum recently may make your squirmy splinter struggles easier.

Jessie Leigh shared the idea on Facebook after it was originally posted by Claire Bullen-Jones back in October 2017.

Jessie explained she hadn’t tried it for herself but she ‘had to share’ because it ‘might save some tears’.

Jessie shared a photo of two Calpol syringes and quoted Claire’s original post which said: ‘Kids got a splinter? Grab the calpol box and take out the syringe????that comes with it! Make sure it’s clean, obviously!

‘Put the small hole at the bottom of the syringe as best you can over the splinter. Once you know your above it, make sure the syringe is touching the skin-and pull! Make sure there’s no gaps otherwise you won’t get it!

‘The syringe will more than likely pull it out in the first go! Pain free, no tugging and pulling, and no little ones upset or scared at getting it out! Don’t pull slowly! You need to pull rather quickly! If it’s a stubborn splinter, just do this a couple of times! Saves so much time, and well worth seeing the kids smile at the end of it rather than red faces and tears!

‘Because the plastic is clear, you can check what’s been taken out of the skin! Best parent hack to date! Pass it on mums and dads????❤️.’

Not got a bottle of Calpol? You can buy a set of five syringes here at Amazon to do the job instead.

‘Ive used this on my partner who gets splinters alot from work so he has tough skin and it even works on him ????,’ Chelsea Norris

But not everyone said the hack worked:

‘It doesn't work. I tried it with my little girl at the week xx,’ Stacey Cockerill

‘Thank you tried it didn't work think they are too far in x,’ Catherine Mckinlay

Have you given the hack a try? Did it work? Tell us in the forum thread, below.

CHAT: have you tried this splinter removal hack?

This article contains affiliate links, which means we may earn a small amount of money if a reader clicks through and makes a purchase from Amazon. All our articles and reviews are written independently by the Netmums editorial team.