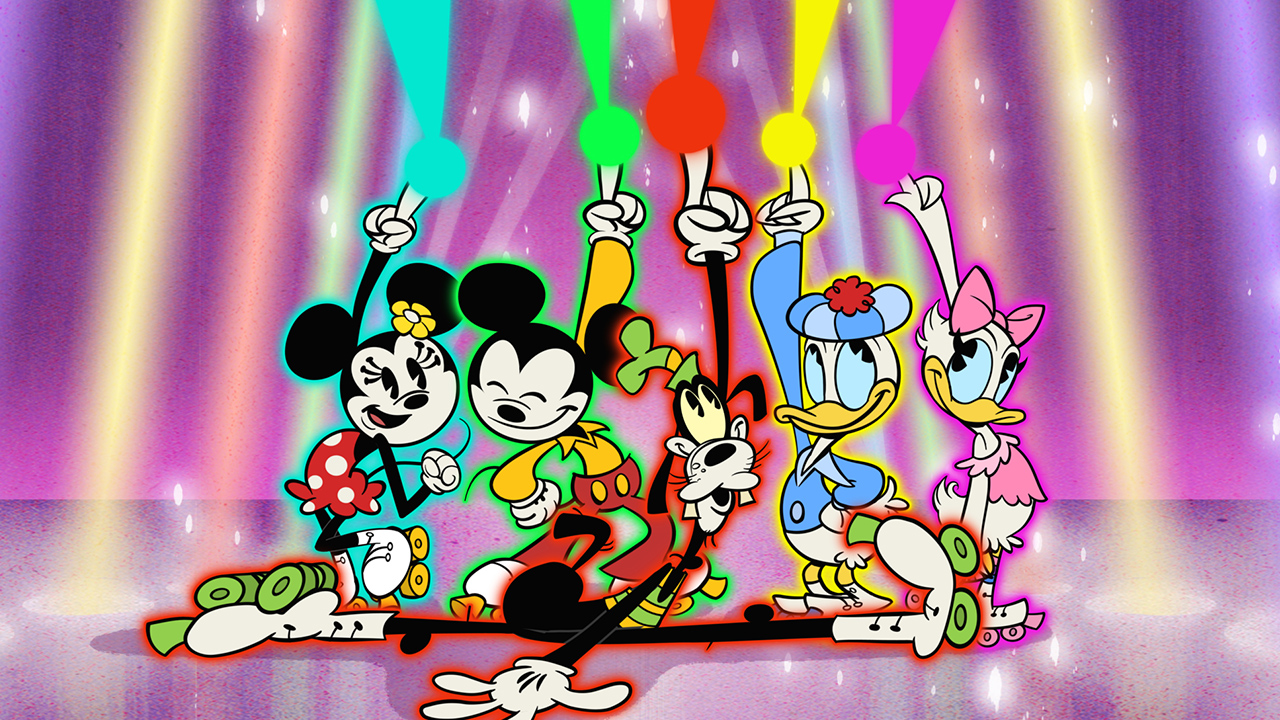 Disney+ is always adding to their library of movies, TV shows and shorts to watch. Here's what your family can look forward to in November 2020.

New content is coming to Disney+! The streaming service from Disney has announced which new TV shows and movies will be added to its lineup next month, and of course that means more options for the whole family. There are quite a few titles to look forward to in November, including a new LEGO Star Wars Holiday Special and new Mickey Mouse shorts to celebrate Mickey’s birthday on the 18th. Check out the full lineup with specific release dates below.

But first, an important note: The age recommendations offered below are approximate. Every kid is different, and you’re the best judge of what’s appropriate and what your kid can handle.

Best for: 5+ It’s nothing but fun and excitement for Mickey and his best pals – Minnie, Donald, Daisy, Goofy and Pluto – as they embark on their greatest adventures yet, navigating the curveballs of a wild and zany world where the magic of Disney makes the impossible possible. Each seven-minute short is filled with laugh-out-loud comedy, modern settings, timeless stories, new music and the unmistakable classic art style of the “Mickey Mouse” shorts. New shorts available November 18 and November 27

Best for: 4+ Six-year-old Nancy is excited to experience what the world has to offer and to celebrate the differences that make everyone unique. Available November 6

Best for: 12+ Agent Phil Coulson leads a team of highly skilled agents from the global law-enforcement organization known as S.H.I.E.L.D. Together, they combat extraordinary and inexplicable threats. Available November 6

Best for: 4+ Wayne the Christmas elf is part of an elite organization known as “Prep & Landing,” whose job is to ready millions of homes around the world for Santa Claus’s visit. After working with “Prep & Landing” for 227 years, Wayne looks forward to getting promoted to director of the naughty list. Available November 6

Best for: 4+ With the Big 2-5 fast approaching, Wayne and Lanny must race to recover classified North Pole technology that has fallen into the hands of a hacker identified only as “jinglesmell1337.” Desperate to prevent Christmas from descending into chaos, Wayne seeks out the foremost Naughty Kid expert to aid in the mission, a bombastic member of the Coal Elf Brigade who also happens to be his estranged younger (but larger) brother, Noel. Available November 6

Best for: 9+ The senior year of a girls’ high school step team in inner-city Baltimore is documented, as they try to become the first in their families to attend college. The girls strive to make their dancing a success against the backdrop of social unrest. Available November 6

Best for: 10+ The Mandalorian and the Child continue their journey, facing enemies and rallying allies as they make their way through a dangerous galaxy in the tumultuous era after the collapse of the Galactic Empire. New episodes every Friday in November

Best for: 13+ It’s 1959 and Russia is winning the space race. In order to compete, The United States forms NASA and chooses to recruit the nation’s best test pilots to form what will become the Mercury Astronauts. New episodes every Friday until November 20

Best for: 7+ An inside look at some of the people working across Disney to make the magic happen. New episodes every Friday until November 20

Best for: 7+ Did you know there are more stars in the universe, than grains of sand on the whole planet?! So weird! National Geographic’s newest season of Weird But True! on Disney+ gets even weirder! Season finale available November 6

Best for: 7+Disney+‘s Magic of Disney’s Animal Kingdom produced by National Geographic and narrated by Disney fan-favourite Josh Gad (Frozen, Frozen II) gives viewers an all-encompassing backstage pass to explore the magic behind two of the world’s most beloved animal experiences, Disney’s Animal Kingdom Theme Park and The Seas with Nemo & Friends at EPCOT. Viewers get unprecedented access to some of the most rare and beautiful creatures on the planet and meet the animal care experts who have formed remarkable bonds with the parks’ 5,000 plus animals. New episodes every Friday until November 13

Best for: 9+ Kevin McCallister sets out on a new adventure to save a royal heir from the clutches of three kidnappers, one of whom he already knows. Available November 13

Best for: 9+ Finn and his sister, Alexis, are paranoid after a friend tells them that their house is haunted. They get a bigger shock when a group of thieves come to steal a painting while their parents are away. Available November 13

Best for: 7+ A documentary series of personal and cinematic stories that provide an inside look into the people, artistry, and culture of Pixar Animation Studios. Available November 13

Best for: 6+ Directly following the events of Star Wars: The Rise of Skywalker, Rey leaves her friends to prepare for Life Day as she sets off on a new adventure with BB-8 to gain a deeper knowledge of the Force. At a mysterious Jedi Temple, she is hurled into a cross-timeline adventure through beloved moments in Star Wars cinematic history, coming into contact with Luke Skywalker, Darth Vader, Yoda, Obi-Wan and other iconic heroes and villains from all nine Skywalker saga films. But will she make it back in time for the Life Day feast and learn the true meaning of holiday spirit? Available November 17

Best for: 8+ Marvel’s 616 explores Marvel’s rich legacy of pioneering characters, creators and storytelling to reflect the world outside your window. Each documentary, helmed by a unique filmmaker, showcases the intersections of storytelling, pop culture, and fandom within the Marvel Universe. Episodes in this anthology series will cover topics including Marvel’s world- spanning artists, the trailblazing women of Marvel Comics, discovering the “forgotten” characters of Marvel, and much more. Available November 20

Best for: 9+ The Real Right Stuff tells the remarkable true story of the nation’s first astronauts, the original Mercury 7, and pulls from hundreds of hours of archival film and radio broadcasts, interviews, home movies and other rare and never-before-seen material to catapult viewers back to the late 1950s. The two-hour documentary, from National Geographic, complements the Disney+ original scripted series The Right Stuff, which will premiere its season finale on the same day. Available November 20

Best for: 6+ Alvin, Simon and Theodore believe that Dave is going to propose to his girlfriend Samantha in Miami. In a bid to retain their place in Dave’s life, the three set out to stop him. Available November 27

Best for: 6+ Venom is planning to call in a symbiote invasion from his homeworld to take over the Earth. With a threat this big it will take the combined might of not only Spider-Man and his friends, but the Avengers and Guardians of the Galaxy as well. Available November 27

Best for: 12+ In this spin-off of the popular Once Upon a Time series, Alice, a young and beautiful girl, recounts the tale of a strange new land that lies on the other side of the rabbit hole. Available November 27

Best for: TBD In this modern day reimagining of Anna Sewell’s timeless classic, we follow Black Beauty, a wild horse born free in the American West. Rounded up and taken away from her family, Beauty is brought to Birtwick Stables where she meets a spirited teenage girl, Jo Green. Beauty and Jo forge an unbreakable bond that carries Beauty through the different chapters, challenges, and adventures of her life. Available November 27