12 Health Checks to Have Before Becoming a Parent 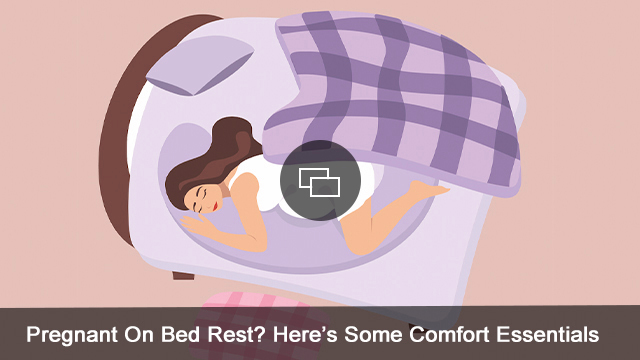 If you’re thinking about taking the parenting plunge, you probably have a lot on your mind. Trying to conceive is no doubt all consuming as you and your partner consider the necessary changes that have to take place in order to make room for your growing family.

On the laundry list of considerations, your health should be at the very top, as being in optimal physical, emotional and mental condition will help ensure a healthy pregnancy and a healthy environment for a child. Here are some health checks that OB-GYNs recommend to their patients who are — or are considering — trying to conceive.

If you’re seeing your regular gyno once a year, you’re ahead of the curve, as routine gynecologic care is an important predecessor to having a baby.

“It is important to be up-to-date on cancer screening tests, such a pap and a mammogram according to guidelines, and to have any precancerous cervical lesions that can slowly grow to cervical cancer removed,” Dr. Anate Brauer, a reproductive endocrinologist at the Greenwich Fertility and IVF Centers and assistant professor of OB-GYN at NYU School of Medicine tells SheKnows. “Since addressing such lesions in the midst of a pregnancy can be difficult, it is important to find and address them prior to conception.”

Additionally, she points out that breast cancer, if not picked up in early stages with a screening mammogram, can sometimes rapidly progress in pregnancy depending on tumor characteristics.

“Pelvic inflammatory disease is a common pelvic disease caused by sexually transmitted infections, including gonorrhea, chlamydia and syphilis,” she says. “Any of these can cause serious and potentially long-term reproductive problems that include chronic pelvic pain and infertility.”

For this reason, it’s important that your health care provider knows your STI history since recurrent infections can cause scarring and blockage of the fallopian tubes, which can prevent pregnancy.

To ensure your health and the health of your growing baby ahead of a pregnancy, it’s important to thoroughly review your medical history with your doctor to ensure you don’t have any underlying conditions that could cause problems or increase your risk for certain conditions.

“Diabetes, high blood pressure, asthma, blood-clotting disorders and thyroid disease all affect both your health and the baby’s health,” Brauer says. “For example, parents with chronic hypertension are at risk for stroke, cardiovascular and renal disease and uncontrolled asthma [that] could interfere with delivering necessary oxygen to the developing fetus.”

Even if you’re seemingly in perfect health, it’s possible for you to develop high blood pressure during pregnancy, which puts you at risk for pregnancy conditions, such as preeclampsia or eclampsia, Brauer explains.

It’s not just your own medical history that plays a role in pregnancy — it’s also your family’s.

“If you have a strong family history of diabetes, you should consider getting tested,” Brauer explains. “Diabetes in pregnancy can lead to fetal birth defects, growth issues and even fetal demise — and diabetes post-delivery can inevitably lead to kidney disease, heart disease, deterioration of vision” and even extreme circumstances, such as loss of extremities, over time.

There are different ways to test for diabetes, but most incorporate a simple blood test.

A handful of genes you might carry might not be expressed for you, but are still a part of your genetic makeup, which means you could pass them on to your child. Some of these disorders — such as cystic fibrosis, sickle cell anemia and Tay-Sachs disease — can significantly affect quality of life and even the lifespan of a child.

“It is helpful to have a detailed family history and undergo genetic testing for certain disorders prior to achieving pregnancy,” Brauer says. “If a couple’s genetics infer a significant risk to a fetus, they may choose to undergo IVF in order to select embryos without genetic risk for a specific disease.”

Are you up to date on the various vaccinations that can ensure you are immune to certain diseases that may be dangerous to the fetus or a newborn baby? This is important according to Brauer.

“Rubella (mumps) and varicella (chicken pox) are both viruses that if acquired in pregnancy can cause severe birth defects,” she says. “Most people have gained immunity either through getting a vaccine or being exposed to the disease earlier in life, but immunity can wane.”

If you’re not sure whether you’re immune to these viruses, your doctor can run a quick blood test to check. Additionally, Brauer points out that any caregivers who will be spending time with your baby — grandparents count! — should be immunized against pertussis, or whooping cough, through the Tdap vaccine and get a flu shot.

Signing up to become a parent means signing up for an emotional roller coaster that pretty much never stops — even after your 18-year-old has flown the coop. These emotionally challenging experiences you’ll find yourselves in can very well trigger anxiety and depression, which is why it’s equally important to address your mental well being in addition to your physical.

This is one health check that will require you and your S.O. to get off the couch! Dr. Peter Rizk, an OB-GYN with Fairhaven Health, explains that moderate and regular exercise is fundamental to good health during and after pregnancy — it helps with maintaining a healthy weight and blood-sugar metabolism, supports your immune system, reduces risk of heart disease and can help you build and sustain the stamina you will need to keep up with the energy demands of parenting.

He recommends committing to a regular exercise routine you enjoy enough to stick with it throughout pregnancy — with a thumbs-up from your doctor, of course.

Surprisingly, substance abuse is one of the leading causes of complications during pregnancy according to Ross. “Not only do these drugs contain chemicals that are harmful during the preplanning period and pregnancy, but they also have by-products that are found in the vaginal fluids, which affect the quality of sperm and ultimately the ability of the egg and sperm to fertilize,” she says. Marijuana use, as societally accepted as it’s become, is no exception, as it makes the sperm hyperactive and both men and women less fertile.

The effects of tobacco smoking also affect fertility. “Men who smoke have a lower sperm count and [abnormally]-shaped sperm and women who smoke have an increased risk of spontaneous miscarriage and possibly ectopic pregnancy,” Ross says. “Additionally, pregnant smokers have an increased risk of premature birth, lower-birth-weight babies and sudden infant death syndrome.”

If the dad-to-be is a smoker, recreational drug user or a heavy drinker, Rizk recommends he have a semen analysis done to reveal any problems with his sperm count or motility or the size and shape of his sperm as well as other aspects of semen and sperm health (DNA fragmentation or white-cell count) that can impact the chances the couple will conceive.

Believe it or not, this deserves its own section, as it’s important that you’re consuming caffeinated beverages in a safe manner.

“Moderate caffeine consumption (more than 200 milligrams per day, or a 12-ounce cup of brewed coffee) was thought to be a contributing factor in miscarriages and preterm labor,” Ross explains.

The good news for coffee drinkers is that Ross says studies currently do not show moderate caffeine consumption will lead to an increase miscarriage rate or affect your chance of conceiving. Still, Ross recommends limiting your caffeine intake to one cup of coffee or two cups of tea a day during the prepregnancy period.

“Know how much caffeine is contained in the foods and beverages you eat so you can keep the quantity under 200 milligrams per day, which is considered a safe amount before and during pregnancy,” she adds.

It’s not a bad idea to bring a list of the over-the-counter and prescription medications and herbs you and your partner take on a daily basis for review, as Ross warns some could be harmful to the embryo during the early stages of conception.

“Antibiotics commonly used for acne, such as Accutane and tetracycline, pose potential harmful effects to the developing embryo, and medications such as Rogaine (minoxidil), commonly used for hair loss, can also affect the quality of the sperm and should not be used during the preplanning period,” Ross says.

One supplement you should start taking during the preconception period, however, is folic acid, which has been shown to reduce the incidence of spinal defects, aka neural tube defects. One recent study published by The Journal of the American Medical Association Psychiatry,found that women who took folic acid supplements before and during pregnancy had a decreased risk having a baby with autism.

So, while you’re in the process of picking out the perfect name or the perfect color for the future nursery, don’t forget to take the time to make sure your own health is in good shape first.

A version of this story was published April 2018.

Before you go, check out our favorite bed rest essentials for pregnant people: