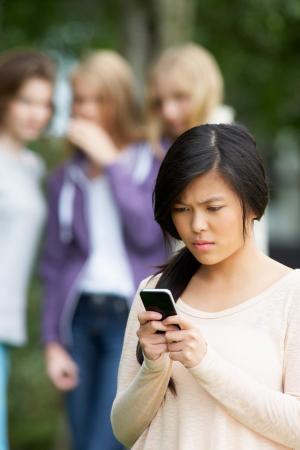 Parent and child well-being has taken a serious hit during the COVID-19 pandemic, three studies published this week in Pediatrics show.

The first study consisted of collecting survey data on daily moods from 645 hourly service workers with children 2 to 7 years old in large US cities from Feb 20 to Apr 27. The researchers also analyzed data from 561 subsample survey respondents collected from Mar 23 to Apr 26.

The frequency of daily negative moods among both parents and children increased significantly during pandemic-related lockdowns, especially in those with crisis-related hardships such as job and income loss, caregiving burdens, and illness. Of all families, only 14% reported no hardships during the pandemic, while most had at least two.

Parents who reported poor sleep quality during lockdowns continued to experience it after restrictions were eased. While the frequency of children's unruly behavior and worry didn't change substantially during this time, the trend was toward increasing frequency of both.

Most respondents were women, and respondents had a mean age of 31 years and average education level of high school. Half were black, and about one-fifth were Hispanic. Mean income was $26,868 a year.

The authors called for immediate increases in provision of social support and other interventions to address families' economic and mental health needs. "As the crisis continues to unfold, pediatricians should screen for mental health, with particular attention to children whose families are especially vulnerable to economic and disease aspects of the crisis," they wrote.

"What we really see here is that, as hardships pile up, the combined weight causes severe distress for families. Resilience only takes you so far, and the multiple dimensions of hardship caused by this pandemic—lost jobs, lost child care and education, sickness—are stretching families to the breaking point," said coauthor Elizabeth Ananat, PhD, an economist with Barnard College, in a Duke University press release.

"Families need support, from their pediatricians and, hopefully, from the government."

As a result of the pandemic, 48% of parents reported loss of regular childcare, 16% said they had a change in insurance status, and 11% said they had greater food insecurity.

The Vanderbilt University researchers said that disrupted routines are hard on children, particularly those with behavioral problems. The pandemic may have worsened their behavior because of challenges in accessing both office- and school-based mental health services during school closures.

"In some communities, school will be remote, and schools should consider working with pediatricians and mental health professionals on how they may address mental health of children, parents and staff even when school is remote," the researchers wrote. "To implement these strategies effectively, Congress could consider enhanced funding to schools to address schools’ budgetary challenges related to implementing these recommendations."

In a commentary in the same journal, Ryan Coller, MD, MPH, and Sarah Webber, MD, of the University of Wisconsin-Madison, said that previous research has detailed the negative consequences of stay-at-home orders on parents and children, including stress, depression, fear, anger, boredom, stigma, and other negative feelings.

"The unique consequences that COVID-19 exerts on children risk being overlooked," they wrote. "Data on child and family well-being during COVID-19 are sparse, yet recent reports of increased family violence are ominous."

According to the third study, a self-reported survey involving 543 Chinese-American parents and children from Mar 15 to May 31, nearly half of respondents reported being targeted by coronavirus-related xenophobia, or prejudice against people from other countries.

The authors noted that Asian-Americans have historically been seen as public health problems in Western societies and that SARS-CoV-1, the virus that causes severe acute respiratory syndrome (SARS), also increased racism against Asians.

They called for pediatricians to provide culturally sensitive care and pay attention to the unique challenges of Asian-American families during the pandemic to decrease health disparities in this growing population.

"Healthcare professionals must attend to the racism-related experiences and mental health needs of Chinese American families, especially children/adolescents, throughout the COVID-19 pandemic via education and making appropriate mental health referrals," the researchers wrote. "The long-term consequences of these experiences need further examination."