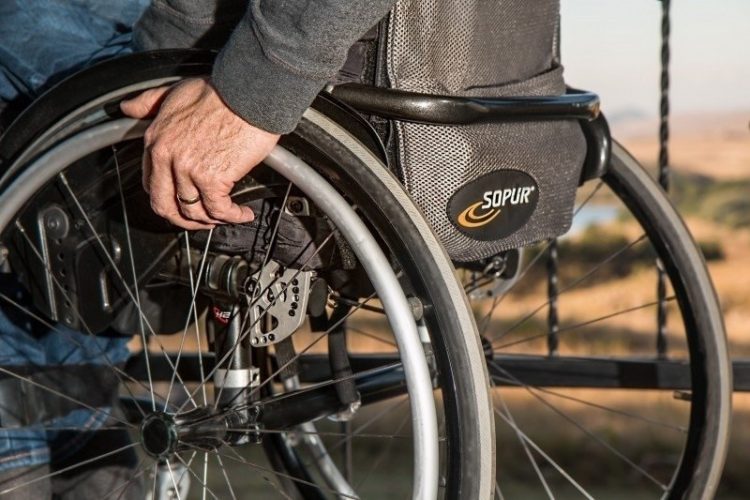 July 26, 2020, will mark the 30th anniversary of the Americans with Disabilities Act, which prohibits discrimination based on disability. Earlier this year, my teen daughters and I watched a powerful new documentary available on Netflix called Crip Camp: A Disability Revolution. The film explains how the disability rights movement evolved across decades. Though Crip Camp was released before the recent Black Lives Matter protests, its themes have much to teach parents at this critical cultural moment.

The documentary focuses on Camp Jened, a 1971 summer camp for teens with disabilities. Many of the teens featured later become activists for disability rights. The film is narrated in part by Jim Lebrecht, who has spina bifida and attended the camp at age 15. The opening scenes show him as a child at home literally climbing up and down stairs with his hands and arms.

Extensive black-and-white camp footage from then documents how the multiracial campers enjoy each other’s company. While the “hippie” camp might not meet today’s safety standards, the campers frequently express how liberated they feel. At the camp, their bodies are not burdens, but simply part of who they are.

Lionel Je’Woodyard, an African-American counselor, notes similarities to the civil rights movement at the time: “Whatever obstacles that were in my way being a black man, the same thing was held true for individuals in wheelchairs.” Later that decade, the Blank Panthers will help disability rights activists during their protests and sit-ins.

One of the camp counselors who later becomes a powerful activist is Judy Heumann. She narrates that as a child with polio, she did not feel different until a boy saw her wheelchair and asked if she was “sick.” In that moment, Heumann said she felt “sidelined,” and inclusion has been her passion ever since.

The later parts of Crip Camp show the development of the movement in the 1970s and ’80s. Scenes of a man in a wheelchair having to use dangerous city streets illustrate the need for the curb ramps and elevators that we now take for granted. Such images of architectural injustice culminate in “The Capitol Crawl,” a dramatic protest that occurred on March 12, 1990. On that day, dozens of people with disabilities abandoned their wheelchairs and used their hands and arms to drag their bodies up the many steps of the Capitol Building. The Americans with Disabilities Act finally became law a few months later. though the struggle for full disability rights continues.

While Crip Camp is no doubt inspiring, a recent memoir by Keah Brown, an African-American writer in her late 20s who has cerebral palsy, reminds readers that inspiration can be tricky. Regarding people with disabilities, she declares in The Pretty One (2019):  “We are human beings first, who shouldn’t have to be inspirations for our lives to matter. … I wasn’t given what I hoped and asked for because of my disability or in spite of it; I received all of it because of the person I am inside my body.”

From the start, Brown’s book purposefully emphasizes all that she is apart from her disability. She begins: “Hey, friends! My name is Keah and I’m cute as hell. I love popular culture, music, cheesecake, cheeseburgers, and pizza.” Such a playful attitude created Brown’s viral hashtag #DisabledAndCute in 2017.

While she is happy to broaden the representation of people with disabilities in popular culture, Brown warns against “able-ism” in the form of pity: “Disabled bodies are often used to make the able-bodied feel better about their own bodies; we are a reminder that ‘it could be worse.’” Instead, “as a disabled person, what I need in place of pity, which does absolutely nothing to advance the community, are my rights, respect, and opportunity.”

The themes of respect and exhaustion permeate Brown’s vantage at the intersection of race and disability: “What black people need is respect in every space. There is an exhausting process of entering public spaces never knowing how your blackness will be perceived by the people who are not black — and what the cost of that perception may be.” Much like the Capitol Crawl scenes illustrate in Camp Crip, Brown notes that “so much of disability is adaptation and discovering the sorts of tips, tricks, and work-arounds necessary to survive in public and private spaces.”

Significantly, both Judy Heumann and Keah Brown describe crucial moments from their childhoods when another child marked them as “different” and thus “less than.” Heumann was asked if she was sick, while Brown explains that in middle school a boy mimicked her limp, which led her to self-hatred, disordered eating and even suicidal thoughts. Granted, children often say or do things impulsively, but as Brown notes, “The things we do even in jest and naivete matter; they can change lives.”

To foster a child’s ability to respect others, parents should convey early and often that it’s OK to notice and talk about differences among people. Ideally, questions can be addressed in age-appropriate ways even before children encounter people who look different from them, whether due to disability, skin tone, cultural garb or any other reason.

While it can sometimes make parents nervous, noticing difference is actually quite natural for young children. If children are shushed or shamed when they ask questions, the message received is that differences are bad. (When my daughters were young, I benefited from reading Hate Hurts: How Children Learn and Unlearn Prejudice.)

As children get older, try to find ways they might increase their empathy. Tryvolunteering opportunities, social activities or analysis of popular culture. Some of these strategies might feel uncomfortable, but as Brown declares: “I believe that being uncomfortable is important in order for us to grow.”

(Author’s note: Crip Camp on Netflix is rated R for some language about sexuality but is very educational for teens when watched with a parent.)