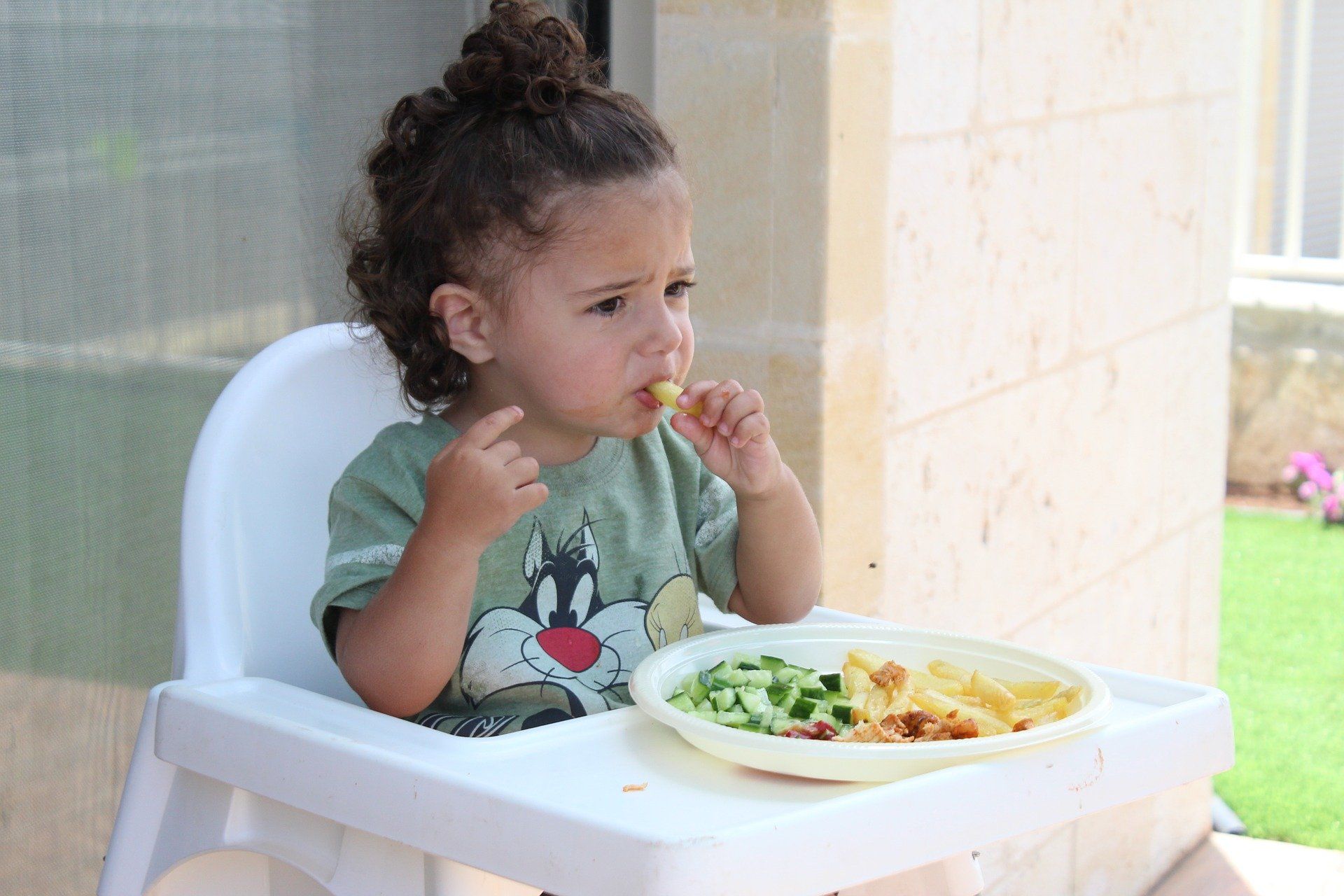 Who doesn’t worry about what their children eat? With around half of young children going through a ‘fussy eating’ stage, it’s understandable that many parents worry about the potential long-term damage this could cause for children’s health.

While it’s considered ‘perfectly normal’ for toddlers and younger children to refuse to eat or taste new foods according to the NHS, parents and caregivers can experience significant levels of stress, worry, and anxiety around their child’s refusal to eat certain foods. According to a new study, parents could see their anxiety around their child’s diet reduce by nearly 20% with the help of a new, free online resource.

A study released by Aston University and Loughborough University has revealed that parents using the Child Feeding Guide, a free online resource developed by experts at the two universities, has helped parents not only change their approach to feeding, but has reduced feelings of self-reported anxiety by nearly 20% after just four weeks.

Children’s refusal to eat certain foods - particularly fruits and vegetables - can make family mealtimes a stressful and tense affair. Some parents try using unhealthy foods as a ‘reward’ for trying new things, or limit access to non-healthy foods, which can cause further worries around bad habits developing that could follow children into adulthood.

A study released in late 2019 revealed that almost half of British adults have ‘no idea’ how much fruit, veg, fat, protein, dairy, sugar, or carbohydrates they should be eating every day, with a further 49% being unsure what a ‘correct’ portion size would look like. Almost a third of adults were found to not be eating enough fruit each week, whilst nearly half had no vegetables on a weekly basis. With so many of us unsure as to what our own daily diets should look like, it’s unsurprising to find that many children are missing out on their recommended five-a-day.

According to the results of an earlier 2018 study, less than one in five (18% of children) aged 5-15 eat all five recommended portions of fruit and veg each day.

Children were revealed to eat an average of just three portions of fruit and vegetables daily. For many, this leaves questions as to the risks of children developing unhealthy eating habits that could later lead to health risks and lifelong unhealthy habits.

Between a third to half of children are thought to go through a period of ‘neophobia’ - a fear of new things - in relation to food, from around the age of 18 months. This latest study, published in the British Nutrition Foundation’s Nutrition Bulletin journal, sought to see the effects of this free evidence-based guide and resources on mother’s feeding practices and anxiety levels.

25 mothers with children aged six months to four years old were asked to use the Child Feeding Guide website over the course of four weeks. Participants were asked to provide information about their feeding practices and anxiety levels to create a baseline before the four week period began, as well as following four weeks of using the site, in addition to answering questions around their experience of using the digital resource.

Results revealed that mothers saw significant decreases in their own anxiety levels, as well as feelings of pressure to try and force their children to eat foods they were reluctant to try, or to hide or restrict unhealthy foods. Participants reported finding the guide both easy to use and reassuring, with many finding it helped them to better understand their child’s eating habits and behaviours.

Information and guidance provided by the Child Feeding Guide is underpinned by internationally respected expertise from the Loughborough and Aston Universities. Their work, which is part of the National Centre for Sport and Exercise Medicine, aims to apply world-class expertise to policies and practice that can benefit the health and wellbeing of the nation.

Mother of two, Amanda, took part in the recent study. She reported that using the guide helped her to identify ‘pitfalls’ in how she had addressed her first child’s fussy eating habits, which she had continued to use with her youngest daughter.

“She didn’t like certain textures or things mixed together on the plate. I bought lots of toddler-friendly cookbooks, but a lot of the recipes ended up on the floor!” Said Amanda.

Since trying the guide, she has stopped using food as a reward, bribe, or punishment, instead using stickers as rewards. “It also encouraged me not to have sweet treats in the house that the children could access. We do have sweet things, but it’s in moderation and it’s not linked with their behaviour.”

Since trying the guide, Amanda has reported that both of her children are willing to try a range of new foods. Her own attitude and stress levels around mealtimes have also changed. “I think a really important thing is that I’m more relaxed about it now. Before, I was so worried about whether I was doing the right thing. I was getting stressed out and probably making things worse. It’s changed my attitude.”

“Many parents report that they worry about their child’s health suffering from fussy eating, or that their children won’t eat healthily in the future. What we’re doing with the Child Feeding Guide is reassuring parents that this is very common and children do tend to grow out of fussy eating, but also that they can influence their child’s eating by using an evidence-based approach.”

Dr Emma Haycraft, a Reader in Psychology at Loughborough University, commented on the Child Feeding Guide as a unique way of explaining the reasons behind fussy behaviours to parents:

“Making parents and caregivers aware of why their child might be refusing food or prefer eating pasta to carrots, and what they can do to help overcome this, is a key part of the Child Feeding Guide which users tell us they really value.”

To date, more than 80,000 people have sought support from the guide. Through using the guide, parents can access tips, evidence-based tools and resources to help them establish healthy eating habits in their children. Parents can also learn more about common feeding pitfalls, including what they are, why they happen, and what they can do to try and avoid them.

Through using the guide’s interactive wellbeing tools, parents can track and monitor changes in their own and their child’s emotions around mealtimes. Easy to complete questionnaires around children’s eating habits, and your own feeding practices can help parents to track changes over time, and to get a better idea of the progress that is being made.

Ensuring children are eating foods from all of the key food groups is an important part of making sure they are getting all of the essential nutrients needed for optimum growth and health. As explained by Nutritionist Resource, parents should ensure children’s diets include:

To discover more about healthy eating for kids, visit Nutritionist Resource, or check out these suggestions for building a healthy, balanced child’s lunchbox.

For more information and support on how you can tackle fussy eating and create happier, less stressful family mealtimes, check out the Child Feeding Guide or visit the NHS site for tips on how you can support fussy eaters.