Cyberbullying: What Parents Need to Know 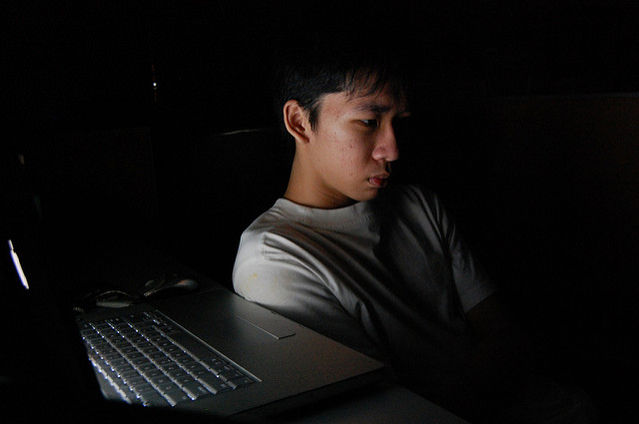 Psychologist Dan Olweus (2012), a pioneer in research, claims that cyberbullying is an overrated phenomenon. Cyberbullying, he argues, is much less common than traditional, in-person bullying. In a survey based on a large US sample of over 400, 000 students in grades 3 to 12, about 17% of kids report having been verbally bullied and about 4% say they’ve been cyberbullied.

As a clinician, I respectfully disagree with Olweus’ dismissal of cyberbullying. Because cyberbullying is so public and so easily spread, it can be devastating. A teen girl I know, we’ll call her “Jennifer,” felt devastated when she found that a group of other kids had set up a “We Hate Jennifer” Facebook page that accumulated many “likes” and “followers,” A teen boy I know felt angry and humiliated when a “friend” posted a status update, supposedly from him, claiming unusual sexual preferences.

Kids often feel that they can’t escape cyberbullying, because it follows them home, even into their bedrooms. Traditional bullying usually happens in or around school, but cyberbullying can happen at any time, 24 hours a day, 7 days a week.

Conflict is common among kids. A 2015 study of the digital activity of 13-year-olds found that 42% of kids reported that they have had at least monthly conflict with someone online. Most of this digital “drama” involves people kids know in day-to-day life. This seems like a lot of conflict happening online, but, on the other hand, young teens experience plenty of conflict with friends in the school cafeteria!

Cyberbullying is more than just digital conflict. It’s deliberate, targeted meanness on a scale that is difficult or impossible for kids to handle on their own. Being the target of cyberbullying has been linked to , , , school problems, and other negative outcomes (see Kowlaski et al., 2014).

One of the most upsetting aspects of cyberbullying is that it is often anonymous or done by people using fake identities. This leaves kids anxiously wondering who’s attacking them and why.

Skimming the comments on any news site shows that anonymity can bring out the worst in people. People do things anonymously that they would never do face-to-face. Certain adults can’t resist behaving badly when their is hidden. Restraint under anonymous circumstances can be even more difficult for tweens and teens, who tend to be more impulsive and less experienced in understanding other people’s perspectives.

Also, because kids engaging in cyberbullying don’t immediately see the impact of their actions, they can avoid acknowledging how hurtful their behavior is. The indirectness of cyberbullying can insulate them from healthy . They can focus gleefully, dismissively, or self-righteously on feeling powerful, without facing their victim’s distress.

Parents can play an important role in minimizing and addressing cyberbullying. Here are some ideas:

No one is born knowing how to behave appropriately online. Just like we teach our kids to behave in kind and polite ways in person, we also need to give them clear guidelines about what is or isn’t acceptable in electronic communication. For instance:

In the same vein, it’s important to teach children appropriate safety guidelines, such as avoiding anonymous sites and not revealing passwords or personal information.

I strongly recommend waiting until high school to let children have social media profiles. Kids are likely to encounter fewer problems with social media if they’re past the worst of the middle school herd mentality. Rates of cyberbullying among kids increases after fifth grade and reaches a peak during eighth grade (Hinduja & Patchin, 2008).

Also, if your child is young enough to have a bedtime, your child’s laptop, tablet, and/or cell phone also need a bedtime. You’d be surprised how many kids message the night away, and nothing good happens with middle-of-the-night communication!

Monitoring your child’s digital activity can also be important, especially when your child is first learning to use texting or social media. Despite what your child might say, most parents do at least occasionally check up on their kids’ digital activity. According to a 2016 Pew report, 61% of parents have checked which websites their teen visited, 60% have checked their teen’s social media profile, and 48% have looked through their teen’s phone calls or messages. Younger and more impulsive teens need closer supervision.

Although there are stealth ways to monitor your child’s digital activity, I recommend being above board about it. When your child is first learning to text or use a social media site, you may need to check regularly. Once they get the hang of things, you can check only occasionally or only if you have reasons for concern.

3) Open a dialog with your child about cyberbullying

Limits and monitoring can only go so far. If kids are determined to get around them, they will. So, conversations that allow kids to examine issues, imagine others’ perspectives, think through consequences, and plan how to handle difficult situations are vitally important for combating cyberbullying.

Prevention education research tells us that kids learn better when they are actively involved with thinking about and practicing important skills rather than passively hearing a lecture. Also, it takes more than one conversation to help kids truly grasp important concepts.

Try helping your child think through issues by asking questions such as,  “What would you do if…?” “How would you feel if…?” “Why do you think someone might do that?” “What could happen?”

Be sure to address the excuses that kids sometimes use to rationalize mean behavior. These include, “He’s a jerk, so it doesn’t matter if I’m mean to him,” “Everybody hates her!”, “She did something worse!”, and “It was just a joke!” Have your child explain why these excuses don’t justify cruelty.

You can also find thought-provoking quizzes and activities on www.TextED.ca and www.stopcyberbullying.org/index2.html to help your child learn to handle challenging situations involving digital communication.

Kids who have healthy friendships and good relationships with their parents are less likely to be involved in cyberbullying and better equipped to cope with it if it occurs (see Kowalski et al., 2014). So, doing enjoyable activities with your child and making time to get together with friends can be indirect but important ways to combat cyberbullying.

If your child is cyberbullied

Your child will feel better equipped to deal with cyberbullying if he or she already has a plan in place of what to do.

This provides evidence and gives your child the option of reporting the cyberbullying at some later point.

This doesn't necessarily stop the cyberbullying because there are so many potential online venues for cruelty, but at least it ends direct digital communication with the person doing the cyberbullying.

Kids often don’t tell parents or teachers when they have been cyberbullied. As with in-person bullying, they worry that adult intervention will make the person doing the bullying angry and escalate the problem. Kids are also afraid that their parents will overreact and confiscate their electronic devices or insist that they close all social media accounts.

Promise your child that you won’t “flip out” (at least not in your child’s presence!) if he or she comes to you with a problem involving cyberbullying! Together, you can decide what your next steps will be. Depending on the situation, this might involve reporting the behavior, finding allies for your child, or figuring out ways to avoid contact with the person doing the cyberbullying.

Is it Bullying or Ordinary Meanness?

Eileen Kennedy-Moore, PhD, is an author and clinical psychologist in Princeton, NJ (lic. # 35SI00425400). She frequently speaks at schools and conferences about and children’s social and emotional development. www.EileenKennedyMoore.com

Subscribe to Dr. Kennedy-Moore’s monthly newsletter to be notified about new posts on the Growing Friendships blog.

-- Have you ever wanted a parenting course you could do at YOUR convenience? Check out this fun and fascinating audio/video series on children’s feelings and friendships from The Great Courses®: Raising Emotionally and Socially Healthy Kids. || Topics include: Teaching Kids to Care; Developing Genuine ; How Kids Manage Anxiety and ; Playing Well With Others; Growing Up Social in the Digital Age. VIDEO preview.

On sale 70% off at www.TheGreatCourses.com/Kids

-- The Unwritten Rules of Friendship: Simple Strategies to Help Your Child Make Friends || Chapters include: The Child; The Little Adult; The Short-Fused Child; The Different Drummer.

-- What About Me? 12 Ways To Get Your Parents' Without Hitting Your Sister. VIDEO preview.

Growing Friendships blog posts are for general educational purposes only. They may or may not be relevant for your particular situation. You’re welcome to link to this post, but please don’t reproduce it without written permission from the author.