Parents, maybe it's time to stop glorifying the police to your kids 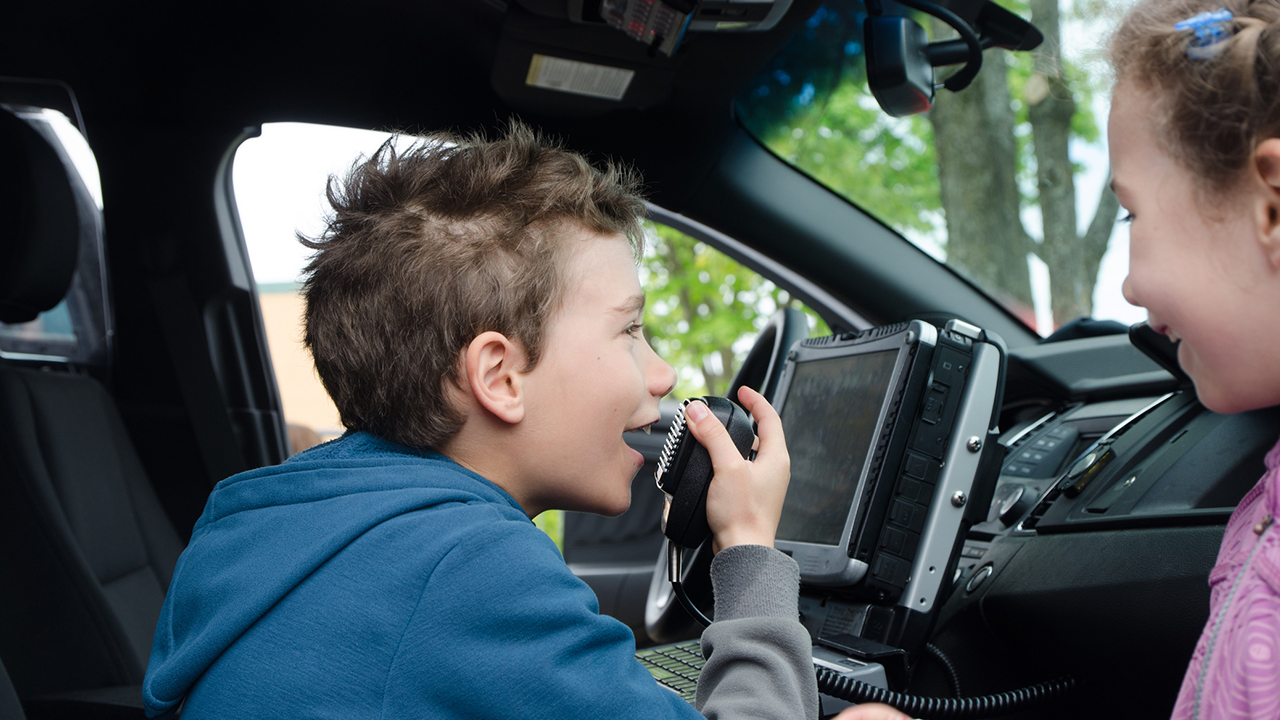 It’s common for little kids to idolize police officers and my son at age seven was no different. In our neighbourhood, he’d stroll right up to them, hand outstretched, ready to shake theirs. If we pulled up to a police car in traffic, he’d ask me to roll down the window so he could wave. He didn’t notice that I would always roll mine down first, to avoid any misinterpretation of what was happening.

We tried to preserve his innocence as much as we could, because we knew there would come a day when his love of police officers would come to a crashing halt. When that day did come, I was not prepared.

The nightly news was on TV and he overheard that the police had killed an unarmed Black man. His questions came fast and furious. “Why did the police shoot someone? Why are they shooting Black people? Are police bad? Will they shoot me?”

For children, the gray in the world is often unseen. It is thin, if not invisible. It was and is still hard for him, even at nine years old now, to understand the reality of what policing means for Black people. That individual police officers are part of a larger system—and it’s a system that upholds, benefits from and perpetuates white supremacy and oppressive practices. The actions of individual officers are a result of that system.

So for our family, like most Black families, there is a complicated relationship with policing.  I can’t teach my son to look up to police officers as heroes. When I see him play with his Lego police set or watch cartoons where police characters save the day, I observe silently, marking the spaces where I can inject a (potentially life-saving) alternative view into his little mind. I teach him to respect the difficult job that police have to do, but also to be critical of the system of policing that exists in our country. It’s my job to teach him to recognize that, unlike his peers, his safety and his life are jeopardized by proximity to police. In Toronto, Black people are 20 times more likely to be shot dead by police than anyone else. Twenty times. I don’t have the words for the fear that puts in my heart for my children, for my husband, my father, myself.

My kids simply do not have the privilege of seeing police just as heroes. In their world, we call the police for help, but the police can also harm us. It’s impossible for them to understand. We live in a community full of first responders who seem like genuine and lovely people, but when my children leave my house to play with the neighbours, or friends of theirs whose parents may be police officers, I am full of anxiety, worrying about what the implications could be for my Black kids if someone gets hurt or a childish game goes off the rails. My mind constantly comes back to a Black family we know who lost their son when he drowned in a friend’s swimming pool. The friend’s dad, a police officer, denied the boy was ever at the house, even though his shoes were at the front door and his own son contradicted him. He lied—without consequence, without accountability and without justice for that Black family.

This is something the family of D’Andre Campbell is learning. In April, Campbell was shot dead by police in Brampton, Ont. while he was on the ground. The officer who shot him is refusing to cooperate, refusing to be interviewed, refusing even to turn over his notes with the one official body charged with keeping the police accountable.  It’s all we have…and it’s voluntary for police officers to cooperate. Imagine that.  That means accountability is not guaranteed, particularly when Black lives are lost.

This devaluing of Black lives in relation to policing is precisely why police in schools, usually called “School Resource Officers,” are not only dangerous for Black children, but also uncomfortable for their parents and community advocates. White parents send their kids to school thinking how wonderful it is that the police are nearby to protect them, while we send our kids to school full of anxiety that any interaction between our children and an officer could lead to their death, escalation or criminalization.

It’s why social entrepreneur and blogger Bellamy Shoffner refused to call police when she saw a young Black boy in her Charlottesville, Virginia neighbourhood with what she thought was a gun. “As a Black person, calling the police requires consideration of which harm is greater: the threat or the system that’s supposed to protect you?” she says. “It’s probably not something we think of on a conscious level very often, but instead the type of quiet, continuous burden that wears on us over time.”

As Bellamy goes on to say, Black people cannot automatically give our trust over to the policing system.  We can’t trust they will see our humanity, because they were designed specifically not to.

Here’s where it gets extra complicated. We have Black family and friends who work in law enforcement.  They too experience racism; they too are stopped when off-duty, by their colleagues, some of them junior colleagues, claiming they “fit the description.” Our Black brothers and sisters in law enforcement are forced to exist in this dichotomy of knowing the impact of harmful police actions on the Black community while existing in and upholding the same oppressive system. This is the dichotomy that is so hard to understand. This is why it’s too simplistic to simply say police are bad or good—but it’s also why white parents need to stop elevating police to superhero status in their homes. They aren’t superheroes to us.

“We can’t generalize the characteristics of an entire group of people,” says Bellamy. “However, we know that policing is a profession born from enslavement and white supremacy, so the nature of it is inherently racist even if each individual in the profession is not explicitly so. Plus, cops don’t have to be all bad to be a threat—it only takes one to believe they have the power to kill another human for no reason, and we’ve learned there are many more than just one.”

When calls to defund the police are made, it’s not necessarily a call to abolish all police forces. In many cases, it’s Black people saying, let’s reassess how police are funded, which areas police are not doing well in, where can we re-allocate funding to other areas or professions that can do a better job. (Responding to mental health crises is one example.) When we say “defund the police,” we are also saying to stop idolizing the police, to look critically at who the police work for and who they do not.

“There may always be a need for laws and enforcement of those laws,” says Bellamy, “but many of the services that land in the hands of officers could be best addressed by any number of thoughtfully developed, culturally competent programs.”

Perhaps the recent awakening for white and non-Black people about the value placed on Black lives means that we can come out of this with an evolved and reevaluated approach to policing.  The hope is that one day Black people will be able to call 911 for police without worrying about whether our humanity will be seen and valued when they show up. For that to happen, we need to demystify police. We need to see the system critically for what it is, and we need to hold them—and ourselves—accountable.”