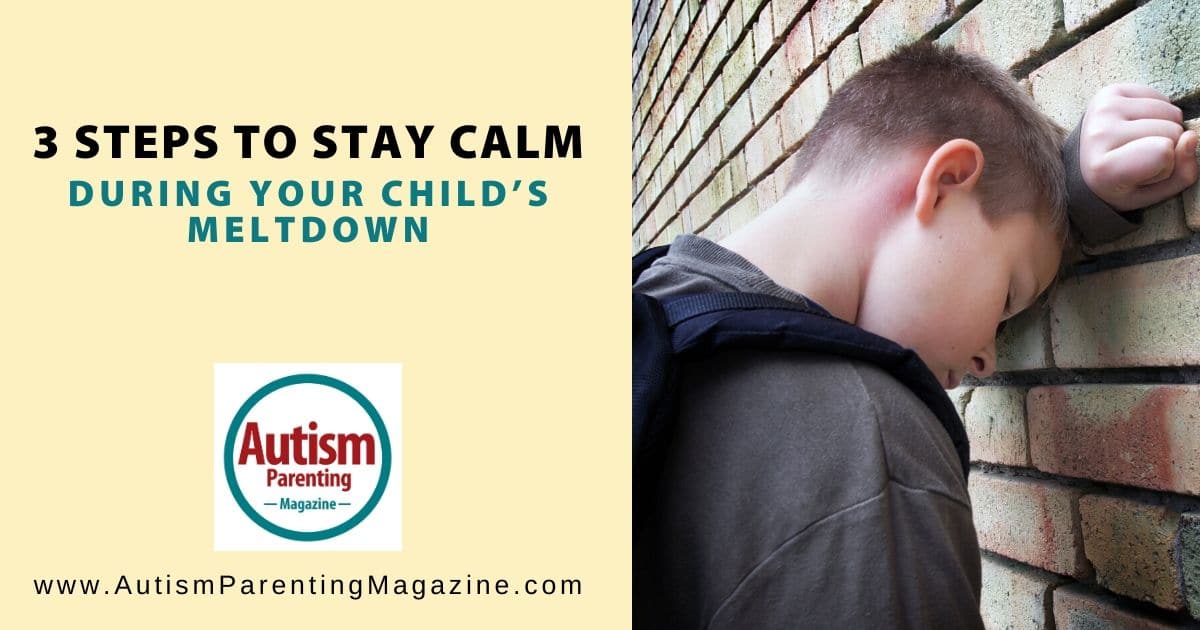 Most children on the autism spectrum have experienced several meltdowns. As parents, and we all know it’s nothing near like a tantrum of a neurotypical child. No way near at all.

The meltdowns range from the calm ones where the child tends to stay in one place, maybe just screaming, to the more tantrum-like, where the child yells, screams, hits, kicks, and trash his/her surroundings.

For example, my oldest son was around eight years old and had not yet been diagnosed when he trashed a room in school, full of electronic equipment, and the teachers just locked him in there, observing from outside. They did, of course, call me and tell me I had to come and pick him up.

I got to the school, went into the room, and made him sit down with me. At first, I held him tight, then lessened as he calmed himself down while I talked about everything else than what was going on in the room, and what had led up to that incident because there was no way he was going to be able to articulate himself at that moment. We sat for about an hour like that, talking about everything, and finally he managed to tell me why it happened: someone had taken the football when my son thought it was his turn.

What I’ve found useful during the meltdowns of my sons—both like the example above, and also lighter versions— can be summed up to sort of a three-step process, which I hope you’ll find helpful.

It’s not your child’s fault either; it’s just his or her cup of emotions flooding over. A child on the spectrum sometimes has severe problems with showing emotions, so when he/she has had enough, the child may not react the way “the mold” suggests. The child just reacts.

2. Breathe. This too shall pass

Take a deep breath. Or better yet, take several. Because this too shall pass, even if you feel like you’re in a war zone at the moment. But this isn’t about you, this is all about your child. Your child can become terrified by his/her own reactions, which has no control over your temper, your feelings, your words, your body, or your life. Just imagine for a second how you’d feel if it were about you. If you hadn’t been able to control yourself, you’d probably have a meltdown just like your child, wouldn’t you?

In the heat of the moment, it’s not easy to put two and two together, but after a meltdown, you should try and get the pieces to fit the puzzle.

If your child is old enough to have a conversation with, sit down and talk calmly about what happened. Make sure that the child feels safe, and that you don’t blame him/her for what happened and that it’s okay that they reacted the way they did, but for his/her own sake, it’s better to try and prevent it from happening again.

If your child is too young to have a conversation like that, try and figure out what led up to the meltdown. It might be something that happened yesterday, but just got processed today.