5 reasons you haven't talked to your kids about racism 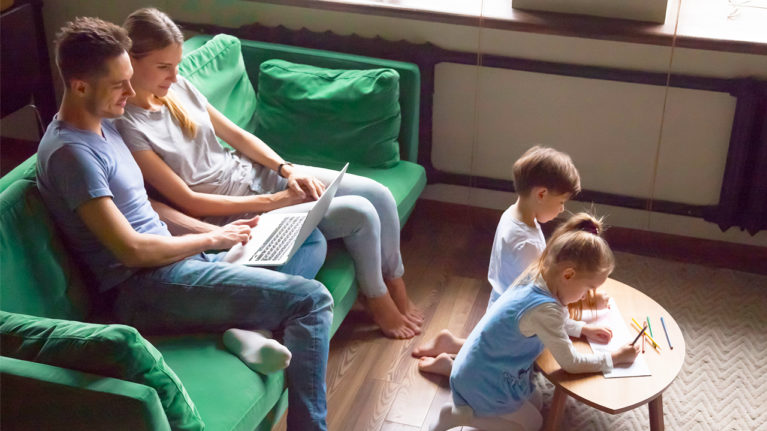 If you haven’ttalked to your kids about race and racism, you probably have a reason for that. But no matter what that reason is, we’re betting it doesn’t hold water. Let’s have a peek at the most common reasons parents don’t talk to their kids about racism—and why they’re all pretty much rubbish.

They’re not—even if they’re toddlers or preschoolers. Obviously, an intense conversation about police violence and racial injustice isn’t appropriate. But there are things you can do.

Read them picture books, and later, show them simple TV shows and movies, that celebrate kids of all colours, cultures and religions, making sure to include examples of these kids doing everyday things so they won’t see difference as exotic. (The idea here is to counteract any prejudicial messages kids might receive by creating an environment where they can learn about the differences and similarities between people of different races, cultures and religions at an early age.)

You can also role-model interracial and interfaith interactions, and actively seek out diverse playgroups and child care.

Yes, it can be hard to talk to kids about racism. We want to shield them from awful things that happen in the world for as long as we can. But visible minority groups have no choice but to have the conversation with their kids early and often. It’s a privilege to live in circumstances where avoidance is even an option. But frankly, it’s only an option if you decide that your discomfort is more important than caring for those who are targeted. Silence perpetuates the systems that keep racism in place.

Ah, the old “colourblind” lesson. If you’ve taught your kids that race doesn’t matter and that they should ignore the colour of someone’s skin, you likely had great intentions. But the impact of this lesson is ultimately negative. It communicates that race doesn’t matter—but race does matter. We know this. The colourblind approach leads to ignorance around the discrimination faced by people of colour. And we all know what ignorance leads to.

Canadians have talked ourselves into this because we really want it to be true. Spoiler: It isn’t true. According to the Race Relations in Canada 2019 Survey, “Large majorities of Indigenous Peoples (especially First Nations) and Black people say their own group experiences ongoing discrimination and unfair treatment in Canada today.” That’s just one piece of proof, but frankly, any white person who needs proof that racism exists in Canada clearly hasn’t asked any of their Canadian racialized friends what they go through as they walk through the world. Sadly, most visible minorities in Canada will have a story or two (or 12) that they can share.

Messing up an important conversation is a fear many parents experience, but you can’t let it paralyze you from doing the right thing. If you need some help, try these resources:

To learn about racism more generally, consider these resources from sources outside of Today’s Parent: