Accepting the Intellectual Mess of Parenthood 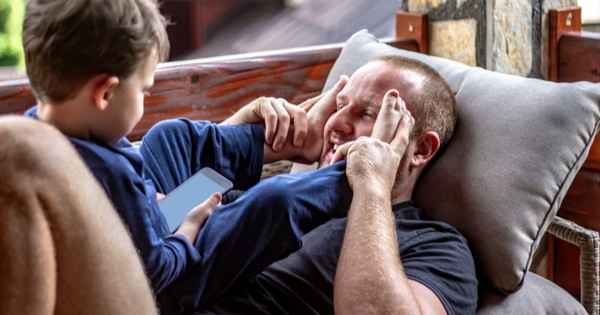 My 4-year-old son was not a fan of me teasing about something, so he got upset and called me a liar. Thus began a journey through the minefield discussion of how jokes and lies can be told apart from one another. If you’ve never tried to explain the difference to a preschooler, you might not realize just how difficult it is.

Lies, practical jokes, and playing pretend don’t have clear boundaries between them — even for adults. It would be nice if we could adopt some simple household rule, like “always tell the truth,” but to me, that feels like canceling imagination.

If my son wants to sneak around my chair whispering “Dad, I’m a ninja,” should I really spoil his fun by reminding him to say he’s only pretending to be a ninja? And if I don’t, am I letting him “lie?”

My lack of good answers to those questions is what I refer to as the “intellectual mess” of parenthood.

Human consciousness thrives on structure, arrangement, and categorization. For thousands of years, we’ve continuously been inventing new words and systems so that we can understand the world around us — and ourselves — more precisely.

My point is that for the most part, I think we all want to have answers. I don’t mind admitting I don’t know when my children ask me about physics or chemistry or history. But when it’s a question of ethics or morality, I’m consciously afraid of steering them in the wrong direction.

For me, someone whose career is primarily a function of words and ideas, the inability to articulate what constitutes a joke or a lie came as somewhat of a surprise. It also reminded me that for all their usefulness, everything is not about definitions.

Being able to describe what’s right, after all, doesn’t necessarily make a person any more likely to do what’s right.

There’s a lot of grey when it comes to parenting. I suspect it won’t be long until I start noticing more of it in my own reflection.