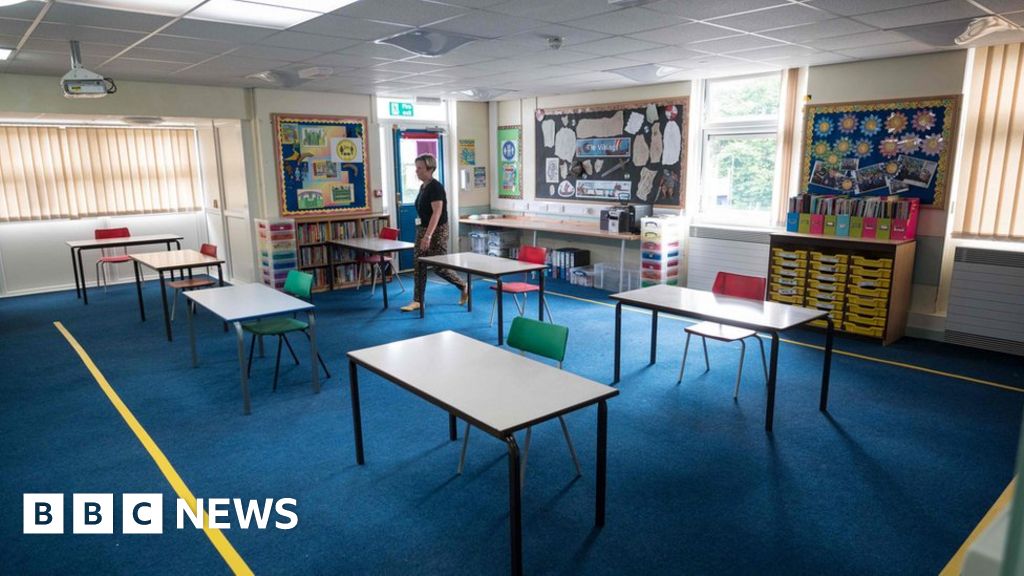 Summer holidays may have to be cancelled for some pupils, a former Ofsted chief inspector has said.

Sir Michael Wilshaw warned that year groups about to take exams may need to make up for lost time during the summer break.

A decision on when to reopen schools is widely expected on Thursday.

The Department for Education (DfE) said there were no plans to cancel holidays and a teaching union said the idea was "not realistic".

As part of the government's road map to lifting lockdown, schools can begin to be reopened from 1 June - however this will be dependent on the rate the virus is spreading at - the R number - staying low.

Prime Minister Boris Johnson announced the plan for England on 10 May and said primary schools would be reopened as part of the second wave of relaxations to lockdown but only for those in reception, year one and year six.

Speaking on Sky's Sophy Ridge on Sunday programme, Sir Michael said some children, including the poorest, "have regressed" during lockdown.

"That's a great shame because we want every year group to have the same opportunities as the others," he said, adding that it is the responsibility of schools and head teachers when the lockdown ceases to put in place recovery programmes, which might mean cancelling holidays.

He warned of "a lost generation of youngsters".

"We'll wait and see," he said."What is absolutely clear is that a lot of youngsters have lost a considerable amount of time while this lockdown has taken place."

A DfE spokesman said "The Education Secretary has said that we are not planning to run schools through the summer."

"But we are working with partners to look at what additional measures may be required to ensure every child has the support they need to deal with the impact of coronavirus on their education."

Geoff Barton, general secretary of the Association of School and College Leaders, said: "The idea of opening up schools and colleges over the summer holiday does not seem realistic."

He added: "We also need to be conscious that many teachers have been working flat out on remote learning, running emergency provision in schools, and sorting out centre-assessed grades for students whose GCSE and A-level exams have been cancelled."

Other nations have set their own policies with Scotland and Northern Ireland not reopening schools until August at the earliest.

The Welsh government has said it will not reopen schools on 1 June - although it has not outlined its own timetable - and First Minister Mark Drakeford has criticised the government's preparedness.

Teaching unions and councils have raised concerns about the safety of pupils and staff if schools were to reopen.

Sir Michael said while it was the time to reopen schools it was "critical" that parents are confident it is safe to do so.

"It is all right opening up schools but if parents lack that confidence they are not going to send [children] in," he said.

He also described social distancing for five-year-olds to be "like herding cats".

While parents will be "strongly encouraged" to send their children to school, unless a member of the household is in the shielded group, fines for unauthorised absence will not be reintroduced on 1 June, the DfE said.