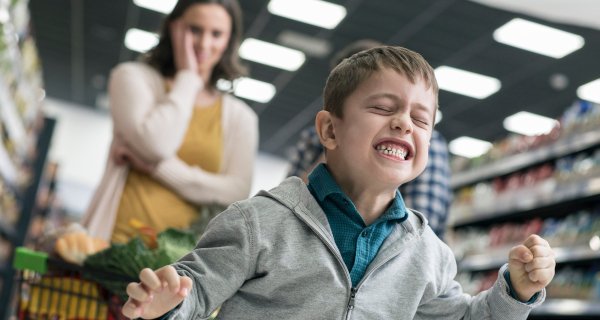 For over twenty years I worked as a school teacher and youth worker. When it comes to parenting, I’ve seen it all, from the breathtakingly beautiful, to the thoroughly cringe-worthy to the downright abusive.

The accessorizing parent lives vicariously through the achievements of their child, making their child an extension of their own identity, along with its desires, needs and dreams. Their child is a ‘Trophy Kid’ to be shown off to the world.

Every goal in soccer, every A+ test result, every well-mannered interaction with another human being becomes fodder for boasting to friends and you better believe that these kind of parents love to brag about their child. This creates a phenomenon I like to call, ‘School Mom Syndrome’ (although it’s not limited to Moms), where comparison and excessive competitiveness among parents is the norm, masked by a thin veil of fake niceness.

The other problem with the accessorizing parent comes when we don’t feel our children are measuring up. It can cause a child to feel as though they’ve let us down. If this parent style continues unchecked the child’s identity is threatened, and unhealthy codependency emerges, with both parent and child depending on each other for their sense of self-worth.

Helicopter parenting is probably a term familiar to you. If refers to the parent who constantly hovers of their child’s life, being hyper-involved and having great difficulty letting go.

When I was 19 years old, I remember going for my first job interview. It was a simple retail job at a local supermarket but, I couldn’t believe how many applicants my age and older showed up with a parent. None of the kids who showed up with parents got the job. I did.

According to clinical psychologist, George Sachs, “Regardless of your intention, continually dipping in and out of your child’s life to save the day is psychologically and relationally detrimental.”

Unbeknownst to the child, the drone parent is stealthily interfering with the child’s life — making sure they are invited to the party, having a quiet word to the coach on the basketball team to make sure the child gets enough court time, phoning the teacher to check on their progress without the child’s knowledge.

Drone parents don’t trust their children so they are into surveillance — quietly collecting data and monitoring their children from afar — often using the wonders of modern technology (think mobile phone trackers). I even read about a Dad who used an actual drone to watch and ensure his daughter walked to school safely. But drone parents don’t only watch. When needed, the they will strike from the blue, without warning, to ruthlessly protect their child.

The lawnmower parent inadvertently robs their child of the opportunity to learn problem solving and resilience. Children of lawnmower parents fail to receive many of life’s best lessons which are delivered in the classroom of struggle, pain and difficulty. Later in life, these children lack the skills to cope with the trouble that comes their way… and trouble will come. It is an inevitable part of life.

“Realize one thing,” Says adolescentologist Michael Knight, “The job of parenting is to be a parent. Many parents make the mistake of trying to be their child’s friend.”

Yet, many parents admit that deep down they want to be their child’s best friend. However, a parent’s job is to set boundaries and there is no bigger friendship-ender than saying, “No!”

Best Buddy Parents worry about their children liking them. Consequently, they have a hard time enacting discipline, making unpopular decisions, turning their children down, or generally doing anything that might cause them to be resented by their child.

There are many people in your child’s life who can be their friend. Only you can be there parent and that is what they need most from you — clear boundaries, firm limits and a guiding hand. According to Michael Knight, “If you are a good parent, when your children are adults they will want to be your friend and, at that time, it is appropriate.”

I’ve been guilty of this kind of parenting… we all have. I’m tired. It’s the end of a long day. “Here’s an iPad kids, now go away and watch some Netflix so that I can have a break.”

Path-of-Least-Resistance parents choose what is easy over what is good. They often outsource their parenting to screens — computers, televisions and phones because… well, it’s just easier. Life coach Bruce Moore offers this sobering reminder the parents, “Your child’s childhood ends the day you give them a smartphone.” Ouch!

Path-of-least resistance parents also take short cuts with discipline. They resort to empty threats to make children comply, or offer bribe-like rewards (money, sweat treats and the like) to ensure cooperation. This kind of discipline doesn’t result in lasting change, but it sure is easy to do. Never choose what you now from you child, over what you want most for child.

The butler parent is at their child’s every beck and call. Their child only needs to snap his or her fingers and the parent is doting at their side.

Butler parents clean their child’s room for them, pick up the toys and clothes that the child has inevitably left all over the house, and makes a special trip down to the school to personally deliver the school lunch that the child left behind on the kitchen bench.

Butler parents create spoiled, entitled children who grow up believing that everyone should be serving their interests. Good parents do not do anything for a child that they are capable of learning and doing for themselves.

I was at the local supermarket recently when I observed an interesting interaction between a mother and her child. They were passing through the checkout which was, of course, strategically lined with all kinds of sweet temptations like candy and chocolate, to appeal to the sensibilities of your average impulse buyer.

You can guess what happened. The child demanded a chocolate. The Mother said, “No!” The next minute the toddler was stamping his feet and screaming at the top of his lungs. “I WANT A CHOCOLATE!”

Just as I began to admire the mother’s fortitude, she wavered and then she caved. The child got their chocolate, but at what cost? This child learnt the lesson that if I tantrum and scream enough, I will get what I want.

The perfectionist parent isn’t happy with a B+ on a school test. No, no, no. “Why didn’t you get an A?” They ask. The perfectionistic parent’s child must grow up to be a doctor or a rocket scientist.

These parents push, push, push, all so their children will achieve, achieve, achieve. They expend a lot of energy worrying that they’re child isn’t going to be good enough. The worst nightmare of the perfectionistic parent is that their child might end up becoming anything other than a high-performance white-collar professional in a high-powered, high-paying occupation.

For the child of a perfectionistic parent, there’s no time to rest and play. It’s all about tutoring, training, schedules, and studying. The result? Anxiety, stress, pressure and, eventually, burnout.

All Premium Members get to view The Good Men Project with NO ADS.

Need more info? A complete list of benefits is here.