STUDY: Working Parents Have it Toughest During COVID-19 - Parentology 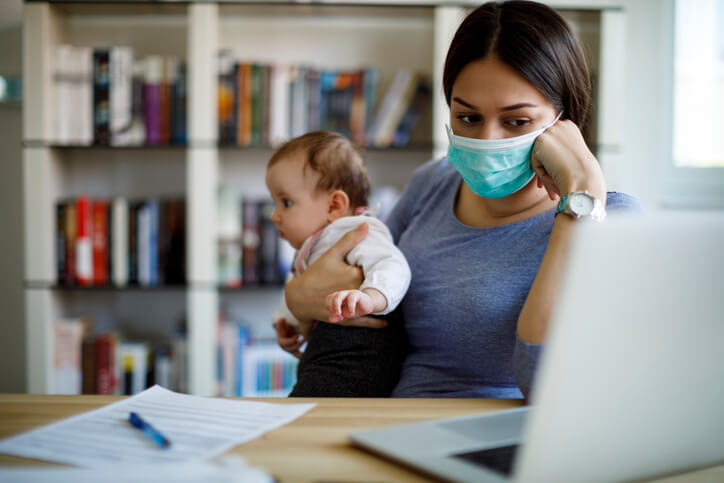 A new study has found that, among those dealing with stay-at-home orders, parents are experiencing the highest levels of anxiety. The report by data supplier Ipsos focused on how parents and families are engaging with content, such as television, streaming, and video games, during lockdown. It found that, while parents are having a particularly rough time, they’re finding ways of using content to pull through.

“Working from home with a small child has been a huge adjustment, and cause for stress,” one respondent, a father of a child between the ages of two to five, said. “Not only is our daily routine thrown off, but the demands of our daughter on two full-time working parents have caused disruptions in our work, [the] anxiety of being behind, and sleepless nights trying to catch up while she’s sleeping.”

Parentology spoke to Virginia Lennon, senior VP of Ipsos Media Development and a lead on the project, about the study’s findings. A key takeaway, she said, was how much more parents have to deal with during this uncertain time. “On the one hand, there’s higher anxiety because of what everyone’s going through – having to stay in place, work from home, navigate and have a new approach to everything,” she says. “And then you compound that with the idea that the same is happening to their kids.”

The pressure on parents to keep their kids engaged in learning is particularly stressful for working parents. “Previously you went to work, you dropped your kid off at school, you knew that they were pretty safe, you knew they were being taught,” Lennon says. “Now, you’re having to be the teacher, you’re having to be the person who makes sure they’re doing their assignments throughout the day.”

With the COVID-19 lockdown increasing pressure on working parents, content like that found on television has become a way of relieving some of the tension. The study reports that 62% of working parents report their children are watching more TV during the lockdown, versus 53% of stay-at-home parents.

According to Lennon, “…in some cases, working parents are having to be more permissive than ever,” with how much TV their children watch. At least one parent agrees: “We never let the kids watch TV on weekdays, but now I’m like, is schoolwork done? Go for it then,” said a mother of children between the ages of six to 12.

As parents’ reliance on content to help keep their kids occupied grows, more and more are looking for shows that will educate as well as entertain their little ones. According to the report, 42% of kids six to 12 are watching more educational programming during the lockdown. “Parents are looking for educational content as well for their kids,” Lennon says. “It’s not just that they’re looking to content to help them help their kids pass the time, but also help educate them, as [parents] are trying to be at-home teachers.”

While an increase in TV-watching may sound troubling to some parents, data suggests it may be giving families a way to bond. Asked what activities they were most likely to do with their children during lockdown, 59% of parents answered with watching streaming services, while 52% answered watching TV.

“It’s kind of hearkening back to times before,” Lennon says, “because right now we watch a lot of TV individually. We have so many screens where we watch content — kids are on their phones doing this. But now parents and kids are sitting together and enjoying content, whether it’s video games, movies, TV shows.”

As the quarantine continues and habits around TV and content consumption change, Lennon hopes content creators will provide parents with quality, enriching kids’ entertainment. “That’s our big message,” she says. “Parents, you’ve been more permissive, you’ve had to rely on content, which has been helpful. And to content providers: don’t make parents regret it, because you could really be a lifeline to them.”