Impact of Media: Are We Over-Stimulating Young Children? 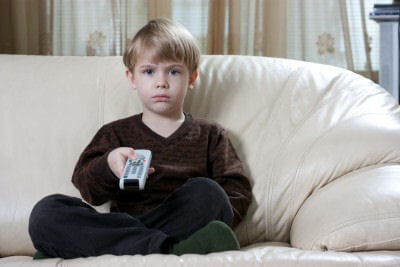 The impact of media is a growing topic of research. And for good reason.

Recent studies on the impact of media have linked television to the over-stimulation of an infant’s brain, leading to the development of Attention-Deficit/Hyperactivity Disorder (ADHD) in young children.

Dr. Dimitri Christakis, a Professor of Pediatrics at the University of Washington, says that in the first two years of life, the brain triples in size. Connections that form in the brain, or synapses, are based on early life experiences. Prolonged exposure to rapid image changes during these first years of critical brain development preconditions the mind to expect high levels of stimulation. This, in turn, leads to inattention in later years. Studies on the impact of media have shown that the more kids watch TV before the age of three, the more likely they are to have attention problems in school.

While studies found exposure to rapid image changes harmful to young children, they also found cognitive stimulation to be helpful. What is cognitive stimulation? When we read to children, sing with them, and take them to museums, we increase their abilities to think and process information. This type of stimulation makes children less likely to develop inattention difficulties later in their school lives.

The content of what kids watch is key. Learn how to distinguish what is positive and what may cause inattention. For example, programs that constantly change scenes cause over-stimulation. Those that are slow, real narratives like Mr. Rogers are more calming and cognitively stimulating.

An excellent source of guidance for parents concerned about the impact of media on their children can be found in the Technology and Media section at Parent Further, a Search Institute sponsored-website. The Search Institute is a leader in how children develop assets that lead to positive developmental outcomes.

A study on the impact of media conducted in Seattle by Dr. Dimitri Christakis showed that children who played with building blocks scored significantly higher on language acquisition tests. In fact, a recent New York Times article, With Blocks, Educators Go Back to Basics, describes how parents learn to engage their children in block building! It may end up that blocks, not television, will help build the skills that young people need to be successful in corporate America!

According to Christakis and other researchers, early childhood is critical for children’s development. Children need more real time play and less fast-paced media. “If you change the beginning,” Christakis says, “you change the whole story!”

In December of 2011, Dr. Dimitri Christakis presented a TEDxTalk on the impact of media on children. It’s a fascinating watch, guaranteed to change the television-watching habits of parents with young children!


Read the rest of this article here