Most Popular Apps for Teenagers - Parentology 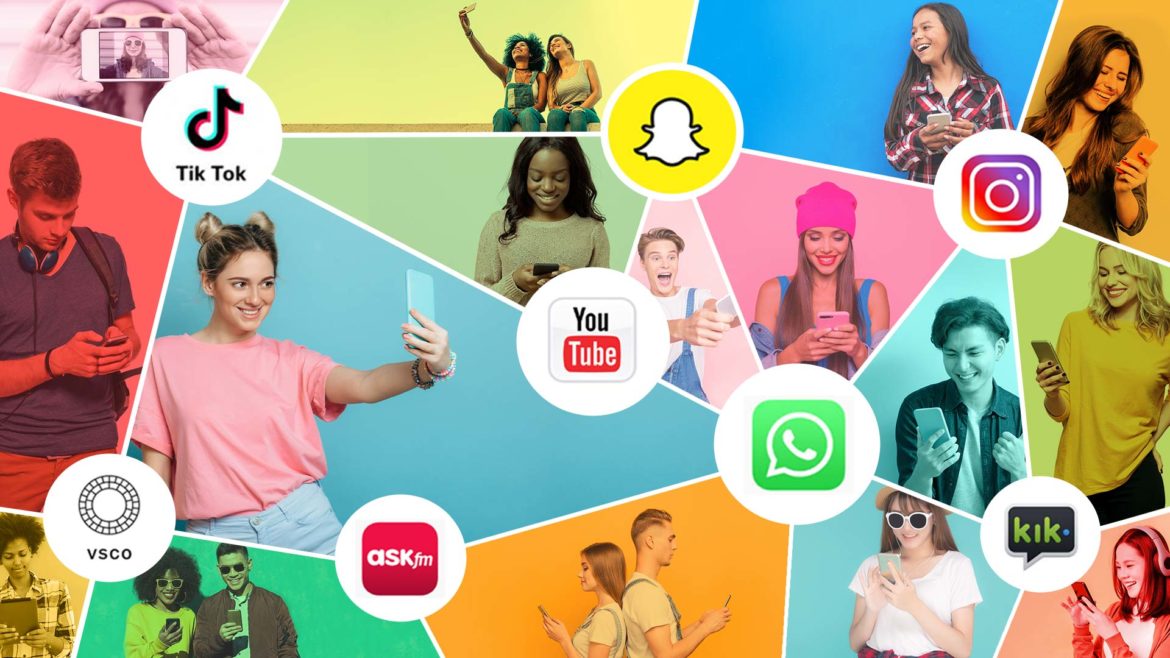 With kids and teens spending so much time attached to their phones, it can get pretty difficult to gauge what exactly they’re spending their time on. One day it’s Instagram, and another they’re learning a new dance for TikTok. It’s pretty hard to keep track of what the most popular apps for teenagers are today.

Fortunately, that’s where Cyber Civics, from the folks at Cyberwise, come in. Cyberwiseis a resource site for adults looking to inform kids and teens about digital media, and how to use it safely. They are the companion site to Cyber Civics, which produces a digital literacy program for middle schools around the world.

The group’s hands-on research in and out of classrooms has helped them create a list of the most popular apps for teenagers. They also created a handy PDF guide that parents can keep. We’ve embedded that downloadable PDF, as well as a list of Parentology’s social media Parental Control resource articles, at the bottom of this post.

You likely know about the video-sharing platform, which has found popularity with everyone from children to older teens. Users can create their own profiles and upload their own content, or watch others’ content and leave likes and comments.

The platform has recently been under fire by both parents and the FTC for how they track minors’ data and allow them to access content. After an investigation ended with YouTube being fined, the app is now making seriouschanges, including ending targeted ads on kids’ content and restricting community features like commenting.

The long-popular private messaging app allows users to exchange photos and videos that allegedly expire just seconds after being sent. We say “allegedly,” because kids can quickly grab screenshots of images sent to them, which can cause lots of problems if those messages are inappropriate. Users can also create private messaging threads and group chats among themselves, sending media files, texts, and even money.

The photo-sharing app has evolved into one of the top social media apps used by teens. Instagram also poses plenty of dangers: fake profiles, targeted ads, and cyberbullying. To keep teen users safe on the social media app, Instagram has announced a series of recent changes:

Formerly known as Musical.ly, the Beijing-based platform allows users to create and share short videos. Its most popular content is based around videos of users lip-syncing or dancing. The short clips have evolved into a variety of content across the platforms, including skits, DIY projects, life-hacks, and much more. These videos are often taken and then reshared across other social media platforms, such as Instagram, Snapchat, and YouTube.

This instant messaging app (owned by Facebook) allows users to send text, photo, video, and audio messages for free. It is widely popular because it allows for an unlimited amount of messages and voice calls to be exchanged between users.

Group messaging is made easy on the app. Users can take part in chats consisting of friends, family, and even complete strangers, and a group can have up to 256 at once.

Similar to WhatsApp, Kik is a free messaging app that allows smartphone users to create an account without even registering a phone number. The platform also has in-app use of exclusive emojis, e-cards, and mini-games.

Unfortunately, it lacks age verification, making it fairly easy for just about anyone to download and use it. While some kids can just be simply having harmless conversations, anonymity helps people connect with complete strangers and engage in harmful conversations like sexting.

Originally intended and popularized in the gaming community, Discord is a voice and text-chatting app with more than 100 million users. Gamers use the app to send direct messages to each other and engage in group chats over gaming. Other topics have become widely popular, attracting even more users. Discord servers dedicated to topics like specific sports teams or musical artists are used to connect fans from around the world.

This group-based video-chat app allows users to connect through a chat of 8 people at a time.

The platform was acquired by Epic Games, the company behind Fortnite, just last year. The move was a push to start generating revenue through methods like bringing paid gaming to Houseparty users.

This site lets people ask, give, and get answers to questions, all anonymously. The Q&A format offers a unique way of formatting, but also a great opportunity for bullies to anonymously reach teens online.

Another photo-sharing app, VSCO allows users to take photos or upload from their camera roll and edit them as they like. They can also create their own VSCO feed with their edited photos.

Visit Cyberwise for more information on kids and digital media. VisitCyber Civics to see how this digital literacy program can be implemented in your child’s middle school. And check out the book Raising Humans in a Digital World, from Cyberwise’s co-founder, Diana Graber.