Heads and governors angry over threat to nursery funding 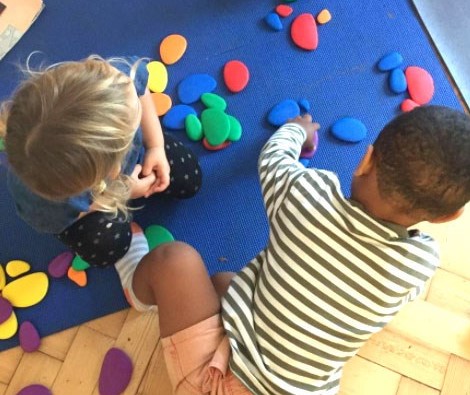 Head teachers and school governors have reacted with anger at government plans which will see cuts to nursery funding.

A national census of school and nursery pupils is due to take place on Thursday (21 January).

The government has insisted that only those attending are counted at nurseries, while schools are permitted to count all registered pupils, including those learning from home.

Official government guidance is for all nurseries is to stay open during the latest national coronavirus lockdown.

Brighton and Hove City Council went against this advice and closed all its nurseries on Thursday 7 January to all but vulnerable children and the children of key workers.

The council’s head of early years and family support Caroline Parker told a meeting of the Schools Forum today (Monday 18 January) that it would affect funding this term and next term.

This was because only vulnerable children and the children of key workers would be counted, with the council having been concerned about the high virus rates even among the youngest age groups.

Green councillor Hannah Clare, who chairs the council’s Children, Young People and Skills Committee, and her predecessor, Labour councillor John Allcock have written to the government calling for nurseries to be funded properly.

Councillor Clare said that the Green MP for Brighton Pavilion Caroline Lucas had sought to ask an urgent question in Parliament but her request had been turned down.

The MP is understood to be looking at other ways to highlight the issue and bring it to ministers’ attention.

Fairlight Primary and Nursery School head teacher Damien Jordan said that he was “lost for words” and described the government’s decision as “a new low”.

He said: “This is an absolute disgrace. I am still shocked that the government are trying this one. This threatens nursery provisions across the city, people’s livelihoods.

“I am lost for words that this is happening and allowed to be happening. What an absolute joke this is. It is daylight robbery in some cases.

“I know other heads – we’ve had so many meetings with people – are very worried about the position of their nurseries and nursery children, just from something that’s been sneaked in in a census.”

Coombe Road Primary School governor Peter Freeman, who chairs the Schools Forum, said that the situation was “quite extraordinary”.

Mr Freeman said that the forum would record its full support for the council’s position on the issue.