What the 2022 Midterm Election Results Will Mean for Education Policy 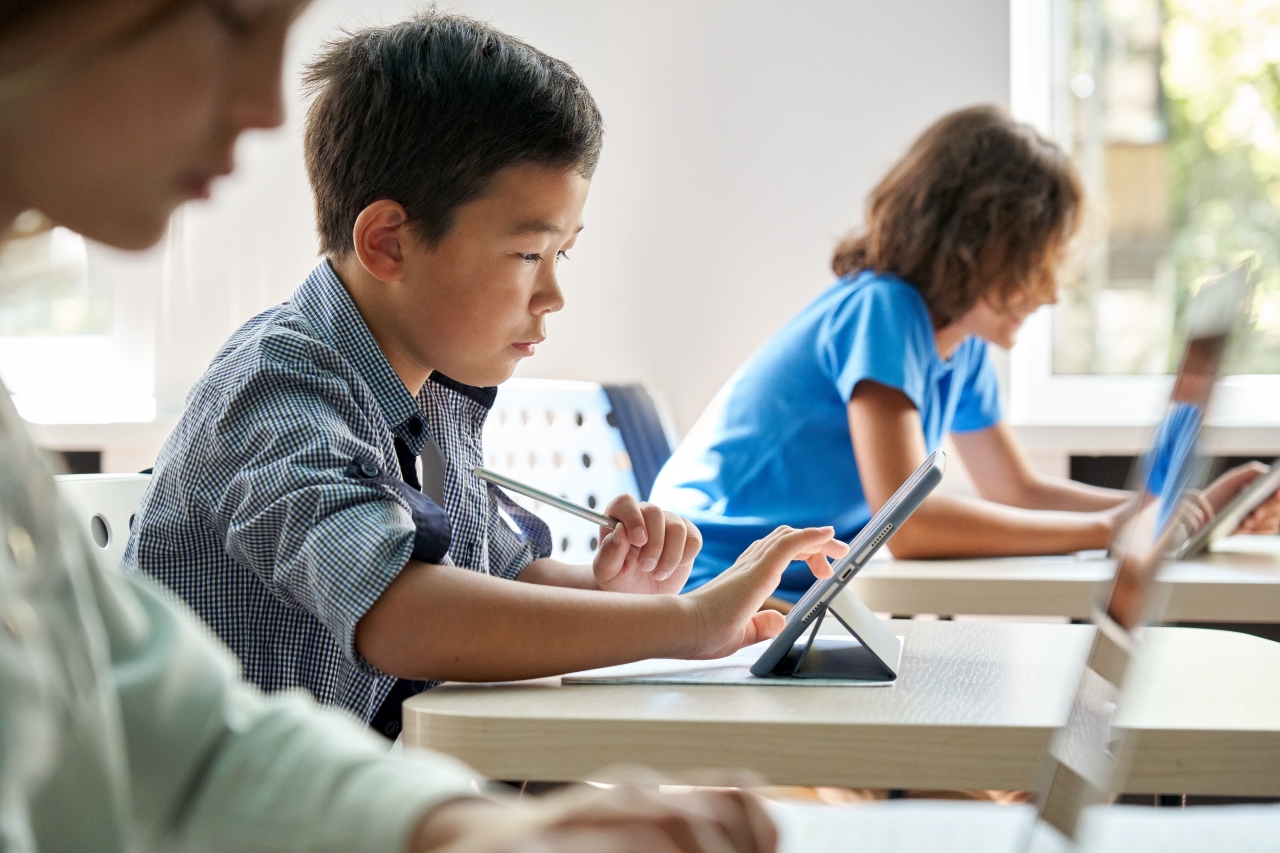 The 2022 midterm elections were always going to offer voters a dubious choice.

They could back a Republican party in thrall to a narcissistic sociopath, a party that has warped its sense of decency to accommodate him and that nominated kooks, conspiracists, and novices for key contests because Trump endorsed them.

Or voters could endorse a semi-lucid president who offered moderation but has governed as an ideologue, who shows scant regard for truth or legal niceties, despite a campaign promising a return to such, and who keeps declaring all those who disagree about abortion, election law, or his agenda to be enemies of democracy.

This was a night when it was easy to feel sorry for the voters. But they did their job. They ultimately decided that they hadn’t seen enough from the Republicans, aside from some governors who’d made hard choices during the pandemic.

You know how, at the end of a big game, the announcers sometimes muse, “It’s a shame anyone had to lose”? This was a contest where it was easy to think, “It’s a shame someone had to win.” And, to a large extent, no one did. That said, given expectations and the electoral environment, it’s fair to say that Republicans had a lousy night and Democrats a better-than-expected one.

The results are still in flux, because so many races are so close, but voters wound up largely preserving a status quo.

Let’s start with Congress. In the Senate, control of a narrowly divided body may well hinge, as in 2020, on a run-off in Georgia. If Republicans maintain their leads in close races in Wisconsin and Nevada, they should enter that contest with a 50-49 lead. If Republican Herschel Walker wins, the GOP would have a 51-49 majority. If incumbent Raphael Warnock does, the Senate would stay 50-50 and Democrats would continue to hold the chamber based on Vice President Harris’s tiebreaker vote. High-profile Trump endorsees crashed and burned in New Hampshire, Arizona, and Pennsylvania—and Walker would go to a run-off without the lift provided in the general election by Trump nemesis Governor Brian Kemp.

As of Wednesday morning, it was similarly unclear who would control the House of Representatives. While Republicans had gained about a half-dozen seats, which would be enough to give them the slimmest of majorities, dozens of contests were still too close to call. It seems likely that Republicans will ultimately claim a narrow majority, along the lines of the 222-213 one that Democrats currently possess.

What does all of this mean for education? A big night for Republicans could’ve furthered the narrative that emerged from the election for governor of Virginia in 2021, raising Democratic concerns about being seen as inattentive to parental concerns or too associated with wokeness. But such concerns were hardly in evidence last night. If Republicans do take the House, there’ll be ramped-up oversight of the executive branch, including how pandemic relief was spent in schools, how the CDC handled school guidance, and FBI monitoring of parent activists. Meanwhile, even narrow Republican control will pretty much put the kibosh on free college, universal pre-K, and Democratic hopes for big new dollars.

If Senate control comes down to a Georgia run-off on December 6, the question arises of how big a difference that extra seat actually makes: How big is the difference between a 51-49 GOP majority and a 50-50 Democratic one, anyway? Well, even 50-50 control gives Democrats control of the committees. It makes it far easier to Democrats to confirm appointments, control the agenda, and reduce the amount of oversight of the executive branch. At the same time, the refusal of Senators Joe Manchin and Kyrsten Sinema, both Democrats, to do away with the filibuster means that, even if Democrats were to wind up retaining control of the House, they’d be limited in what they can accomplish.

While one can spin speculative scenarios of potential odd-couple, bipartisan deals around things like a Romney-esque family tax-credit benefit, career and technical education, higher education accountability, or student privacy, we’ve got a president who doesn’t talk to Senate Republican Leader McConnell, Hill Republicans who don’t trust the executive branch, and a House GOP majority small enough that the Marjorie Taylor Greene kook caucus will probably be make-or-break for any given vote. That’s not a scenario where a lot of deals get done.

There’s also this interesting little wrinkle: There’s an excellent chance that, if Democrats control the Senate, socialist Senator Bernie Sanders of Vermont will chair the Health, Education, Labor and Pensions Committee. While nothing Sanders wants to do is likely to make it through a Republican House, he’d have the opportunity to bang the drum for free college and for vast increases in federal spending. If Republicans control the Senate, Kentucky’s Rand Paul is likely to take the chair. Given Paul’s commitment to the not-so-popular cause of eliminating the U.S. Department of Education, Democrats might see a silver lining in handing him the gavel. In other words, there’s a pretty fair case that Republicans might a political upside in Sanders taking the reins, and vice versa. That’s a pretty good distillation of a pretty odd election.

At the gubernatorial level, things really get weird. The biggest winners may have been big-state Republican governors who stood up to Trump and who were pilloried in the national press for reopening schools and businesses too aggressively. In Georgia and Texas, Brian Kemp and Greg Abbott were reelected by hefty margins, over big-dollar, celebrity Democrats. Since 2018, when Kemp squeaked into office by a nose, he’d faced down Stacey Abrams’ election denialism, media accounts that portrayed him as a “mass murderer” for pushing to reopen the state during Covid, Trump’s demand that he help try to overturn the 2020 election, and President Biden’s suggestion that Georgia’s sensible election law was “Jim Crow 2.0.” After all that, this time Kemp trounced Abrams. Talk about a busy four years.

Far and away the biggest Republican winner of the election was Florida governor Ron DeSantis, who has transformed the political landscape in Florida. Like Kemp, DeSantis won by the skin of his teeth in 2018. This time, in a contest where Democrats hoped former governor Charlie Crist would give DeSantis a run for his money, DeSantis roared to a 20-point win. After four years of hostile national coverage and in-state controversy, in a state long regarded as purple, DeSantis managed this while aggressively wading into culture clashes and becoming a conservative darling. He endured a ferocious assault on reopening schools and the state, got the legislature to ban puberty blockers in Florida and to limit discussion of gender in early grades, took on Disney, and thundered in last night’s victory speech that Florida is “where woke goes to die.” DeSantis’s win might the closest thing to a signal that the midterms offered on education’s culture wars.

Except for the fact that a number of blue-state Democratic governors, who’d approached Covid and the culture wars from the other end of the spectrum, also fared pretty well—even where polling had issued warning signs that concerns about crime and immigration had brought things to a boil. Attacked for their own records on pandemic response and school closure, Kathy Hochul won by five points in New York and Gretchen Whitmer was reelected in Michigan. Gavin Newsom won handily in California. At the same time, Colorado’s governor Jared Polis, who has discomfited the Democratic base with a centrist, less restrictionist course, also won big.

On both sides, governors who were thought to be vulnerable wound up winning fairly comfortably. Oklahoma Republican Kevin Stitt, who was recently thought to be endangered by schools chief and former Republican Joy Hofmeister, won. Minnesota Tim Walz, who’d been seen as vulnerable, won. Wisconsin’s Tony Evers, the state’s former K-12 chief, won by 3. In short, governors on the whole fared well. Meanwhile, once again, Trump’s slate went down hard, in Wisconsin, Pennsylvania, Michigan, Minnesota, New York, Maryland, Massachusetts, and elsewhere (currently, MAGA darling Kari Lake is trailing narrowly in Arizona with a lot of votes still to be counted). This was a year when Republicans had the wind at their back, and yet hardly any of these candidates even managed to keep things interesting.

The education angle? In Oklahoma, Hofmeister’s opposition to school choice was supposed to help her rally rural Republicans. She got squashed. The press release bonanza started early this morning, but most of the claimed victories were pretty thin gruel. It was indeed notable that Democratic gubernatorial winners J.B. Pritzker in Illinois and Josh Shapiro in Pennsylvania endorsed school choice during the campaign. But it is fair to wonder—and it will be certainly worth watching—how energetically they will follow through on those commitments.

As I sit here bleary-eyed, there are some takeaways.

One, the Democrats fared a lot better than expected, after a campaign where they talked a lot about abortion, portrayed Republicans as a threat to democracy, and didn’t move much to the middle. That strengthens the hand of the progressive base and President Biden. This showing, among the best midterm performances by a president in memory, makes it more likely he’ll run in 2024 and less likely he’ll feel a lot of pressure to tack towards the center as he does so.

Two, it was a good night for DeSantis and a lousy night for Trump. The two are related. DeSantis’s huge win in Florida, after four years spent wading into fights about CRT, gender identity, and wokeness in a nominally purple state, makes him look like a winner. Meanwhile, after a series of dud picks, showing no mojo on the campaign trail, quite possibly costing Republicans the Senate for the second time in two elections, and taking potshots at the most successful Republican governors, Trump is about to once again put his cult of personality to the test.

Three, the public delivered something of a civics lesson last night. When you only have two choices, it’s tough to tell both parties to get it together. But the public seems to have simultaneously managed to spank Trump and his kook brigade, tell the Republicans to grow up, keep Biden in check, and reward governors who’ve managed through a series of immense challenges. Not a bad day’s work for the nation’s much-maligned voters.

Frederick Hess is director of education policy studies at the American Enterprise Institute and an executive editor ofEducation Next.