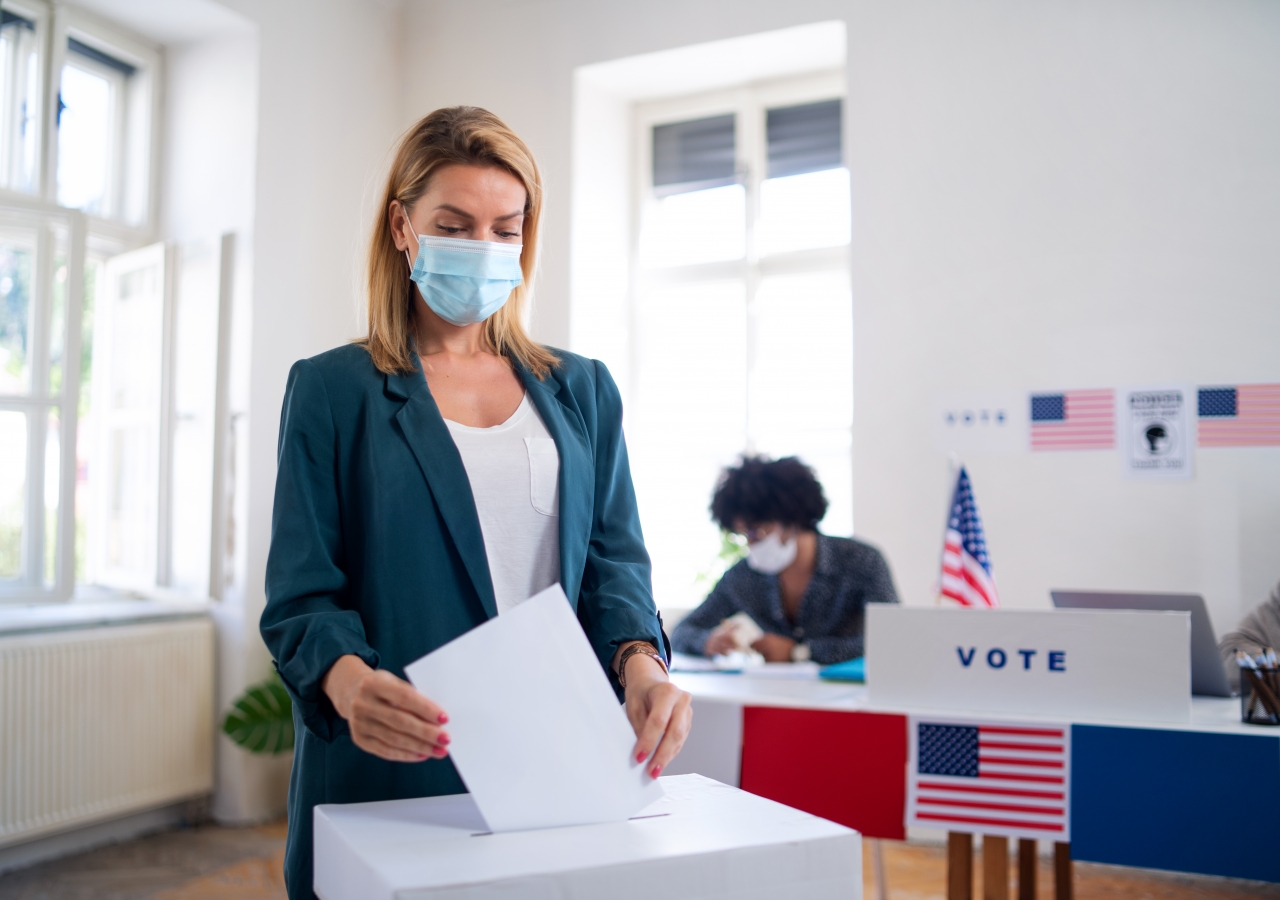 Education Culture Wars Didn’t Stop Midterms Climate Wins
ART BY NICO KRIJNO
The U.S. midterm elections have shown that educators can win—and book banners can lose. The Frontline digs into why that matters for climate justice.
A high-stakes race had been brewing in Corpus Christi, a South Texas city that sits along the Gulf of Mexico. It’s a city home to Latine families and beloved by many across the U.S., for it’s the place where Grammy-winning Tejano singer Selena grew up. Unfortunately, the city is also an industrial hub where methane-emitting gas is stored and transported—and where such fossil fuel interests are expanding .

Such became the focus of local elections in Corpus Christi where Democratic city council candidates hoped to take the community in a new green direction. One of their targets during their campaigns was the city’s handouts to polluters. Cheniere, the energy company behind the gas expansion, received $1.2 billion in local county tax breaks, according to one analysis . What if that money went to other public infrastructure, instead? What if it went to schools? Four Corpus Christi City Council candidates campaigned on such a platform—only one won while another heads to a runoff in December.

Across the U.S., many candidates put education—and the fossil fuel industry’s furtive grip on it—front and center during the 2022 midterm elections. In some cases, that’s because candidates were former teachers themselves. Like winner Liz Boldon, a teacher who will be serving the Minnesota State Senate in 2023. Elsewhere, right-wing campaigns were spouting garbage about so-called parental rights in schools that involve support for book bans, LGBTQIA+ erasure , and criticisms over COVID-19 restrictions.

All of these issues may not immediately scream climate justice, but what’s happening in children’s schools is directly connected to efforts to address climate change. That’s especially true when you consider how some states and municipalities fund their schools in the first place—or where they choose to redirect their public dollars instead.
“[Book bans are] a strong message to youth who belong to marginalized communities that they don’t belong.”
Deborah Caldwell-Stone
American Library Association
“At the end of the day, what happens in your community is directly decided by state and local officials who are making policy on education and local infrastructure and health care and what books we are allowed or not allowed to read,” said Saad Amer, the founder of Justice Environment, a consultancy organization focused the just transition.

And education is a major one. Education access is considered a climate solution—because knowledge is power. Not only can higher levels of education prevent unwanted pregnancies (which can slow population growth), but they can also help reduce emissions, according to Project Drawdown , a nonprofit focused on cutting carbon pollution. Unfortunately, many states don’t prioritize climate education in public schools. This is all especially concerning given the way the fossil fuel industry invests in public schools in an attempt to maintain control and power over what teachers are teaching. All this needs to change. Book ban proposals, which have hit a high , move us in the opposite direction. Many proposals target LGBTQIA+ communities or Black and Brown communities—some of the most impacted by the climate crisis.

“[Book bans are] a strong message to youth who belong to marginalized communities that they don’t belong,” said Deborah Caldwell-Stone, the director of the American Library Association’s Office for Intellectual Freedom, which has been advocating against these bans. “When you tell a student that they don’t belong, that they don’t have a place in the library, you’re driving them away from all the resources in the library. You’re discouraging them from pursuing educational achievement, from broadening their perspectives, from engaging in critical thinking, and reaching out to learn about a broad range of perspectives that address all kinds of issues—including climate change and climate science.”

The politicians who don’t believe in comprehensive climate policy are often the same ones who don’t believe in safe schools, for instance. Just look at Republican Herschel Walker, whose bid for U.S. Senate in Georgia is now headed to a runoff. He doesn’t support a Green New Deal and had little to say on gun reform back in July.

In Minnesota, a state that pledged to cut 80% of greenhouse gas emissions by 2050 but that also supported the controversial Line 3 crude oil pipeline , three teachers who ran on climate policy (including Bolden, mentioned above) won seats in the state legislature. In past years, the state had come close but failed to pass policy that would prioritize frontline communities in the state’s clean energy transition. Now with the state’s legislature turning blue —thanks to these teachers’ campaigns—climate policy may be possible.

In Arizona, one of the states most impacted by extreme heat , two out of three teachers running as Democrats for the State Legislature are in the lead. Party control remains up in the air as votes continue to be counted. Meanwhile, Democrats look like they’ll take over New Mexico, where fossil fuel companies have special power given the way their royalties fund public resources—like schools! There, Stephanie Garcia Richard, a former educator, won the race for land commissioner and has promised to diversify the state’s funding sources beyond oil and gas.
“We’re really seeing a green wave in the states.”
Nick Abraham
League of Conservation Voters
“Having people who have deep experience and commitment to public education and strong curriculum is highly desired among voters across the country,” said Whit Jones, founder of Lead Locally , a campaign organization focused on electing local climate leaders. “Teachers are some of the most respected and trusted people in our country.”

So, yeah, teachers have offered some local bright spots on climate across the U.S. So have the losses. Like Tudor Dixon, the Republican who lost her bid for Michigan governor. She was all about banning books . Guess the voters weren’t. The same goes for Doug Mastriano, who was running for governor of Pennsylvania and lost. That doesn’t mean some dangerous dudes for youth didn’t make it into office, though. For instance, voters went hard for Gov. Ron DeSantis in Florida, who is unlikely to end his racist and homophobic campaign against public schools.

But the wins outweigh the losses from what we can see so far. And that’s cause to celebrate.

“We’re really seeing a green wave in the states,” said Nick Abraham, the state communications director for the environmental advocacy group League of Conservation Voters. “Across the country, seeing folks who ran on climate and who have passed big climate initiatives who have by and large won is the biggest signal that this is an issue that folks are voting on and that people are championing and not running away from.”