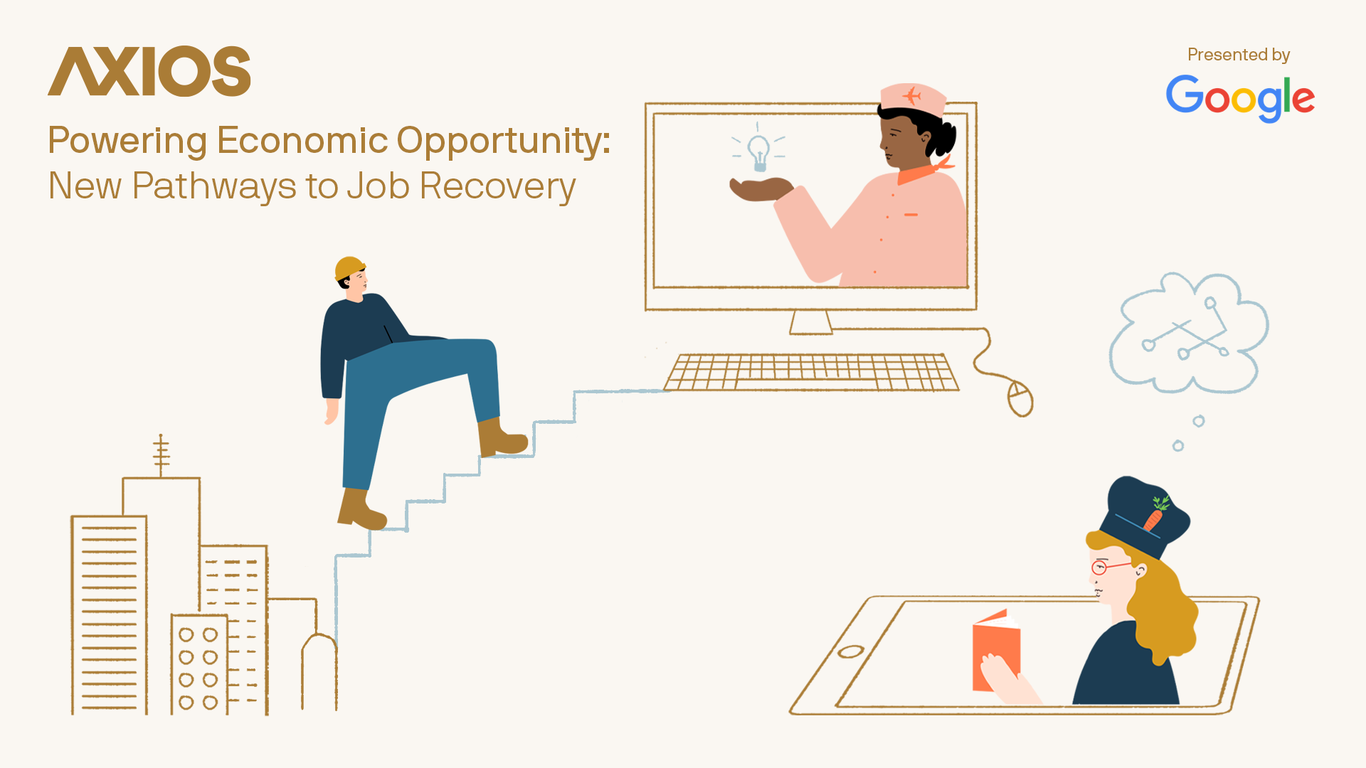 The digitized workforce has arrived much earlier than experts previously thought.

What this means: Millions of Americans workers, particularly the nearly 70% who do not have a college degree, could be shut out of America’s fast-changing, techno-centric, post-pandemic economy.

At Google’s Powering Economic Opportunity: Digital Skills for the Future Workforce event, policy makers, thought leaders and experts came together to discuss how companies, nonprofits and governments can future-proof workers.

Key numbers: The Council on Foreign Relations reports that two-thirds of the 13 million jobs created in the U.S. since 2010 require a medium- to advanced-level of digital skills.

The solution, according to several policy makers and experts at the event: Alternative pathways to good-paying, fast-growing jobs.

Participants agreed: Broadband access should be treated as a human right, and not a luxury accessible only to the few or to people living in large cities.

The reason: Reliable, affordable internet rests at the center of the future of work – and to economic recovery during and after COVID-19. And closing the digital divide – with more access to technology, for example – between under-resourced communities and their wealthier counterparts is key.

Enhancing access to broadband – and other key technologies like laptops and software – is just one step in the right direction. Training adults, not just children, to use these tools is the next.

2. Stepping up efforts to upskill or reskill Americans.

Some companies are already empowering people to develop digital skills that can help them transition into higher-paying, high growth jobs. Here’s how:

What Google is saying:

“There are other Google career certificates coming out that help people move into these high-growth, good-paying jobs with less than a college degree. It's not the only solution, but I think it's one thing we're really excited about.”

Why it’s important: Modern technologies, including AI and even cellphones, have slowly uprooted many jobs, leaving the workers with fewer options for work.

To advance economic recovery, many policy makers and experts at the event outlined the benefits of nonprofits, governments and companies working together to build up America’s digital skills.

The result: “We've trained more than 5 million Americans on digital skills,” says Andrew Dunckelman. “As we look ahead to recovery, you know, we think that we can help our economy recover quicker by expanding access to digital skills and technologies that Americans need.”

The takeaway: Although the pandemic has accelerated the start of the digitized workforce, together corporations, digital skilling programs and technology can help create better opportunities for all Americans. Learn more.