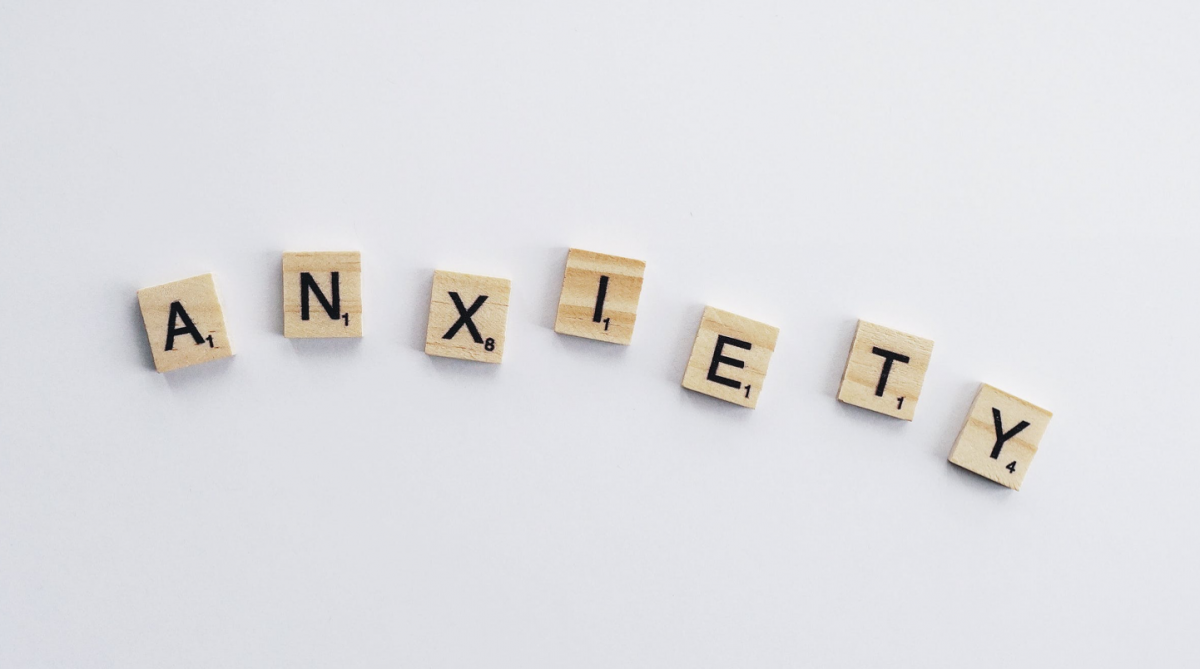 The early days of the pandemic took a toll on faculty members, but for many, peak stress is now, according to a new study of faculty mental health from Course Hero. Researchers for the study website surveyed hundreds of faculty members on and off the tenure track, across institution types, this fall. The findings suggest that faculty worries about the pandemic have morphed into chronic stress -- with serious implications for professors’ mental health, their students and the profession as COVID-19 drags on.

“I'm not surprised that stress is increasing,” said Karen Costa, a faculty developer specializing in online pedagogy and trauma awareness who viewed Course Hero’s results. “We went into spring with stores of well-being. Those have been spent. Our cars are out of gas and we're now pushing them uphill in a blizzard.”

Perhaps most significantly, more than 40 percent of survey respondents considered leaving their jobs as a result of COVID-19’s impact. Early-career faculty members were most likely to be considering leaving, at 48 percent.

Classicist Christopher L. Caterine, a former visiting assistant professor at Tulane University who left academe prior to COVID-19, and wrote a book about how to do it, said he could easily see how the pandemic exacerbated an already stressful work environment.

“I think the job is just becoming too much to bear,” he said. “It was high risk, low reward after 2008, and COVID-19 has made the entire situation unsustainable. So I've seen lots of interest in my book and Q&A sessions from grad students, but also contingent folk and tenure-trap faculty.” (Caterine coined the term "tenure-trap faculty" in Leaving Academia: A Practical Guideand described this group as "good people in bad jobs they can't leave.") Other academics are “forced into a change because their department or college closed,” he added.

Simultaneously, “research jobs are low impact and relatively low paying in most disciplines,” Caterine said. “Higher education is so far behind other sectors on compensation, support and satisfaction that the pull of those base quality-of-life measures is finally strong enough to break the spell of feeling academia is a vocation.”

Overwhelmingly, professors said the pandemic had made their jobs more difficult, with 54 percent strongly agreeing and 33 percent agreeing.

New modes of teaching were a significant source of stress for three out of four survey respondents.

Tara Graham, vice president of educator community and partnerships at Course Hero, said the data show “that faculty are struggling with adjusting to teaching online and new modalities.” This held true across experience levels, with early-career faculty members most likely to point to teaching online as a source of stress.

Ethan Kross, a professor of psychology at the University of Michigan and author of Chatter: The Voice in Our Head, Why It Matters, and How to Harness It (Penguin Random House), wrote the forthcoming book over three years. That it will be released during a pandemic is a coincidence, but “if you asked me to design a moment with the most potential for chatter -- that is rumination, perseveration -- among humanity, this really would be it. There’s a deadly virus for which there is no cure, political instability, you can’t see the people you love. It just pushes every single button.”

Kross continued, “We’re living through a unique moment in time where people are feeling really stressed.” And even where faculty members are insulated from widespread economic pressures, they’re being asked to do more with less in many cases.

“It’s not a trivial enterprise,” Kross said of teaching during a pandemic. “A lot of faculty care deeply about educating their students and being dynamic, and now we’re forced on the fly to figure out how to do this in another way. That’s a stressor to layer on top of, say, Zoom fatigue. That’s a lot to ask of anyone.”

Costa, who has been working with faculty members transitioning to online education for 15 years, said stress over the switch “is a case of correlation, not causation,” and that it’s crucial not to “demonize online learning” altogether. Moving online “in and of itself is not a typical source of stress or burnout,” she said. Moving online “overnight, during a global pandemic, is a source of stress.”

"The pandemic has exposed the ways in which educators have access to powerful technology for teaching," she said, "but often inadequate scaffolding, user education and support to maximize its use."

Another significant source of stress, for two-thirds of professors surveyed, was meeting the emotional and mental health needs of students, who are also struggling.

“Faculty have been thrown into the role of front-line emergency counseling. They aren't trained, paid or qualified to do that work,” she said. “It puts them and students at risk,” including for secondary trauma among professors.

Many faculty members surveyed also reported feeling frustrated with decisions their institutions made in response to COVID-19, as well as with childcare or financial issues. World events and social unrest factored in, as well.

Kross said the recent election was a major source of stress for many people, and that the upcoming holiday season will be, as well.

Some institutions are paying attention to this. Michigan, for instance, made mental health a pillar of its recently announced winter term plan, which includes three extra paid days off for eligible faculty and staff. Kross also applauded Michigan’s general deference to professors’ pandemic teaching preferences, “no questions asked,” which promoted their sense of "autonomy" in uncertain times.

One can experience stress but not clinical depression or anxiety, and vice versa. But both stress and clinical mental health diagnoses are on the rise during COVID-19, Kross said, meaning it’s important for institutions to prioritize mental health, including that of faculty members. Organizations can promote connectedness and individual academics should check in on one another, he also said.

Saginaw Valley State University ramped up counseling services last week after the death by suicide of Dennis Gray, associate professor of biology, in a campus science building. The university announced a public safety emergency on campus Thursday evening, and police and other first responders reportedly communicated with Gray throughout the night before his death on Friday morning.

The university canceled classes through Wednesday of this week after students petitioned for time off to grieve and for more mental health support.

“This kind, gentle, approachable professor, who was passionate about botany and cared for our greenhouse, is not just an anonymous tragedy to us,” read the student-led petition. “Some of us were his students, or former students, who had a relationship with him. Some of us were formerly or currently engaged in research projects with him.”

Moreover, the petition said, “Some of us were escorted out of the building Thursday night by SWAT teams and swarms of police who descended on the campus, wielding AR-15s. Some of us stood outside or frantically refreshed social media feeds, horrified and terrified, not knowing whether our fellow students were safe.”

Why? “Perhaps early-career faculty feel a much closer connection” or “responsibility around their ability -- or lack thereof -- to support student mental health and wellness,” Graham said.

Respondents to the Course Hero survey reported signs of burnout. Over half of the sample (53 percent) reported a significant increase in emotional drain and work-related stress or frustration (52 percent), both of which are highly correlated with burnout. Loss of campus community was another issue: three-quarters of faculty reported a decrease or significant decrease in connection with colleagues and students.

Costa said she’s seeing symptoms of burnout in “most of the faculty I work with on a daily basis,” and she has heard “very little response, if any, from college leadership. Faculty are asking me where their presidents are and how to get campus leaders information about the impacts of stress and trauma. They report feeling largely ignored and unsupported.”

Just 15 percent of faculty members surveyed agreed that their administrators understand the difficulty they face in managing their workloads. Half of the sample felt a decrease or significant decrease in appreciation by their institution. Tenure-track and tenured professors were most likely to report a drop in feeling appreciated, compared to contingent and other faculty. This doesn’t mean that contingent professors have been treated better during the pandemic, however, just that they were perhaps used to feeling underappreciated.

One in four professors were concerned about their own institutions or departments closing as a result of COVID-19 or related economic issues. But even as 22 million Americans have lost jobs as a result of the pandemic, a relatively small share of the sample had experienced job loss or was worried about losing their own job. This isn’t necessarily representative of what’s happened across higher education, though, as many non-tenure-track professors have lost their jobs due to budget cuts. Tenured faculty members also have been cut on some campuses.

Surveyed professors did worry about permanent changes to their working conditions, even after COVID-19 -- including changes in class size, teaching modality and other shifts that they believe will make it harder to teach well or build strong relationships with students.

Faculty members are “thinking about how the pandemic is going to affect everything from class size to reliance on teaching assistants,” Graham said. More broadly, “they see that the disruptions caused by COVID-19 could have ripple effects for years or even decades to come.”

In general, Graham said, the data show faculty unease about “growing structural inequality and even how the pandemic may diminish society’s perception about the value of college itself.” But “maybe a more positive way of looking at it is that higher education is accelerating a shift in how we deliver instruction through new teaching technologies,” she said.

Graham said general flexibility and reducing the number of nonessential meetings were also important to respondents.

Costa said this “rise in stress and trauma is only going to get worse,” and it should be treated like “the crisis that it is on our campuses.” She recommended that college presidents educate themselves on trauma and vicarious trauma and their impacts on teaching, learning, productivity and health -- and divert the millions of dollars being spent on proctoring and surveillance technology, which remains controversial, and divert it to mental health support for faculty, staff and students.

“Stop using online teaching and learning as a scapegoat for what is in large part a failure of campus leadership to take mental health, stress and trauma seriously,” she said.