From Critic to Fanatic Regarding Esports in Education 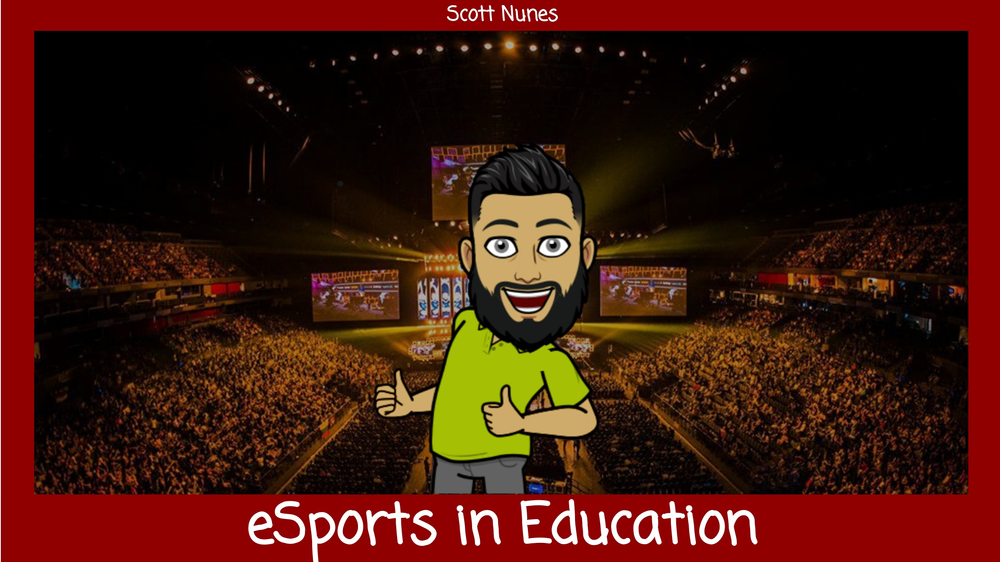 Since I was little I have been into video games. Growing up my parents had an Atari and while I didn't play it I was fascinated by the excitement that it brought when we had guests over. My parents allowed me to have a video game Entertainment System however they really tempered my use, and did not want me to become addicted to video games. When I was growing up they had a negative connotation and they were seen as a waste of time so whenever I was playing video games it was viewed as wasting time, which lead me to feel bad for playing. This negative view of video games stuck with me for some time until I got into teaching. I remember one of my younger brothers saying that he wanted to be a Pro Gamer years ago because he was highly ranked in North America on the game called Dota 2. At that time a limited number of streamers and players were able to make a career out ofesportsand gaming.

Fast forward half a decade, one of the players my brother used to play with isMatthew "super" DeLisi,a pro player for the San Francisco Shock, which just wonback to back championship titlesin the Overwatch League. My time in education has greatly changed my perspective and I often reflect and wonder what things would have been like for my brother if we as a family had not steered him clear of a career in Esports. Would he have made it, would his pathbedifferent, or would things pretty much end up the same? I’ll never know. My brother is a fierce competitor and is able to push himself to extremes to achieve his goals. Inhigh school,he would work out 3 times a day to stay above the competition. This focus and dedication paired with purposeful practice lead to him to earn accolades including All-American in Northern California for Water Polo.

When I started in education I was able to connect with many students over video games. I gave them another chance. I had stopped playing for about 8 years. What I immediately discovered was the4 C’swere present. Communication was essential to all of the team based games my students were raving about. They also needed collaboration in order to succeed and rank up in their games even if they possessed great talent because one person cannot carry a whole squad. Critical-thinking is ever present in these games because they have become so diverse and complex that users must be able to plan, adapt, and readapt based upon manygamesand opponent variables.

This list of possible moves feels like Chess at times! What makes many of these games exciting are all of the possibilities and opportunities to be creative! Some games like Fortnite and Overwatch have their own creative modes which allow users to make their own custom games. Minecraft was one that popularized this when users began reenacting The Hunger Games films within that virtual space.

In school, students are expected to explore and engage with the 4 C’s, so why not in a modality that appeals to them like video games? The above games I mentioned have violence, but not all games for Esport do. Rocket League is a suped-up soccer-style game featuring vehicles as players. Games like Overwatch have mild animated violence which is less realistic, and Fort Nite’s creative mode and Minecraft can be done without any violence at all. It is really up to educators, coaches, and students to make Esports their own. I have had many friends from around the nation start or participate in their own Esports teams/leagues. Some Pioneers that I follow closely are:Steve IssacsandChris Aviles. Thanks to DBC inc andReady Learner One,their journey, knowledge on the whole process, and tips for overcoming challenges are chronicled in a book titled: The Education Esports Playbook!

Like anything in life to excel at something,a lot of purposeful practice must take place. When starting out expect some bumps and bruises along the way, but getting started may not be as hard as you think. Once you get admin or district approval you can call some student volunteers that may be very familiar with the process. Next look to start a club or team that competes in local, state-wide,or national leagues such asNASEF. There are many out there to help support you on your journey! Make sure to also follow the work ofLaura Steinbrink,Hubert Ham, andAdrian Olmedo!