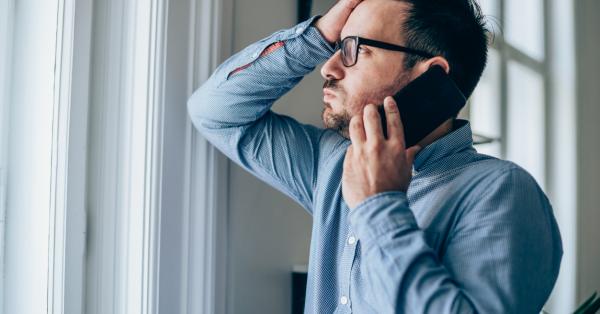 School leaders have raised concerns that Covid-19 cases have gone unreported after heads were told not to "bother" reporting new cases to a Department for Education helpline.

The Association of School and College leaders has also revealed that the department has not passed on information from the calls it receives about positive cases to local health protection teams (HPTs) or local authorities.

The headteachers' union warns that this could mean Covid cases not be being monitored at a local level.

Julie McCulloch, ASCL’s  director of policy also said the DfE’s helpline was being staffed by people who have little public health expertise and are “simply reading from a script.”

She told Tes that DfE has now made changes to its script as a result of the problems highlighted but the union is still concerned that cases may be going unreported.

She said: “Just last week, we had reports that schools and colleges reporting a second or subsequent case were being told that they needn’t ‘bother’ phoning the helpline again, as they ‘already know what to do’.

“This line has apparently now been removed from the script.

"However, we are concerned that many schools and colleges will now have come to the conclusion that they don’t need to phone the helpline if they’re confident they know what to do when they have a confirmed case.

"This risks leading both to cases going unreported, and to more school and college leaders making decisions without input from public health experts.”

Ms McCulloch also warned about information from the calls to DfE not being passed on to other agencies.

She said:  "We have had the revelation that helpline staff were not passing on information about positive cases to HPTs or local authorities, meaning that cases may not be being monitored at a local level."

She said the department had “added a line to their script to make it clear that schools and colleges would need to phone their health protection teams themselves to report a case".

But she said this was “doubling the workload of leaders and compromising the main purpose of the helpline, i.e. to reduce the burden on HPTs”.

Tes revealed last month that the DfE had launched a new hotline for schools following concerns that heads were struggling to get through to their local HPTs run by Public Health England.

She added: “We understand the rationale for triaging calls from schools for public health advice through a Department for Education helpline, as local health protection teams were clearly unable to cope with the influx of inquiries.

"This approach has, in some cases, worked well. However, we have also received reports of difficulties being experienced by schools in accessing advice, and this is an extremely frustrating situation."

ASCL said that other issues with the advice line highlighted by its members include:

·         Helpline staff who appear to have little public health expertise, and to be simply reading from a script.

·         Helpline staff providing advice which is later contradicted by HPTs, leaving school and college leaders to have to reverse decisions.

·         The fact that the helpline hours are fairly limited, particularly at weekends, meaning schools and colleges either need to delay making decisions, or to make them on their own.

Ms McCulloch added: “We have raised all of these issues with the Department for Education and, this has sometimes led to positive changes.

"However, we remain deeply concerned that school and college leaders are not receiving the expert public health support they were promised in dealing with this unprecedented situation.

“We would remind the government that it clearly set out in its guidance for the reopening of schools in September that public health advice would be readily available.

"Instead, it has felt like schools are often having to navigate their way through byzantine systems of bureaucracy in order to access the support that they need.

“As Covid infection rates continue to rise, and the pressure on schools grows ever more intense, it is essential that the government sorts this out.”