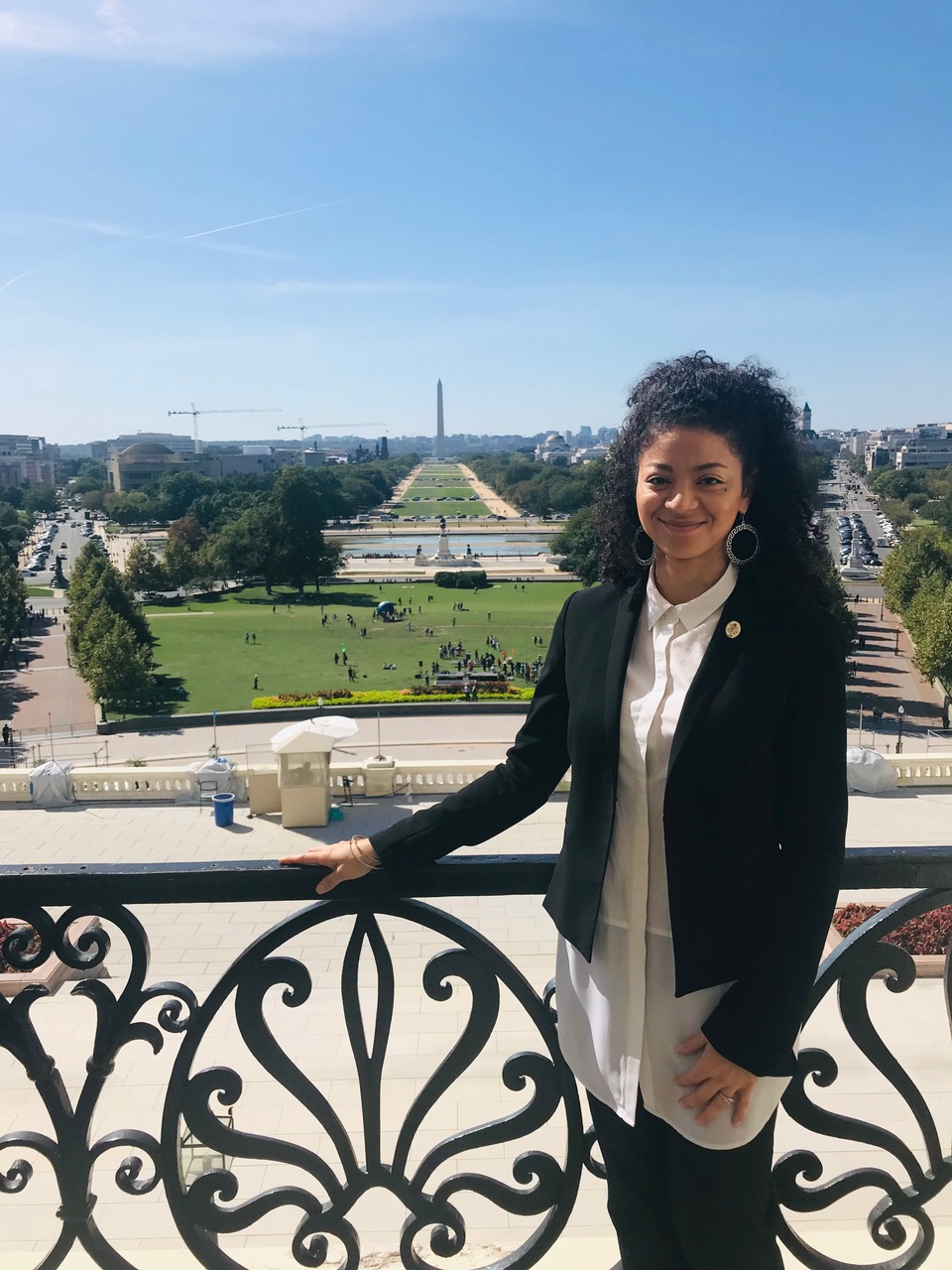 Sonya Douglass Horsford was recently a co-recipient of a Critics’ Choice Book Award for The Politics of Education Policy in an Era of Inequality: Possibilities for Democratic Schooling (Routledge 2019), co-authored with Janelle T. Scott of the Graduate School of Education at the University of California at Berkeley, and Gary L. Anderson of the Steinhardt School of Culture, Education, and Human Development, New York University. Here, Horsford, Associate Professor of Education Leadership and Founding Director of TC’s Black Education Research Collective (BERC), discusses a new approach to education policy, called critical policy analysis, to support greater civic engagement and political activism among education practitioners and communities.

Your book is unequivocal in asserting that the dismantling of public education in America has been highly intentional. Yet our school system is so decentralized — is that kind of intentionality really possible?

Yes, it is possible but will require educational researchers, working with policymakers, school leaders, parents and community to reassert what public education can be in the 21-century, post-COVID and following the last years of a Trump Administration during which there were real efforts to weaken, de-fund and privatize public schools in America.

Those efforts, building on top-down, high-stakes accountability policies initiated by the Bush and Obama Administrations, constitute a 20-year push to centralize educational goals and outcomes with a focus on test scores and competition.

In sum, where we are with education today is the direct result of an intentional policy agenda based on market logics that distrusts government and its ability to educate children effectively.

Thus, the de-funding of what Education Secretary DeVos and other proponents of school choice describe as “government schools” reflects decades of work led by policy researchers, policymakers, philanthropists and corporate reformers from both political parties seeking to de-fund and privatize public education.

More and more communities, parents and school leaders are rejecting this market-based approach and are looking for new ways to envision public schools in America, where education addresses the educational inequities and disparities that have persisted for far too long.

To what extent has what you call a loss of faith in the public system been a kind of self-fulfilling prophecy?

As the system comes under attack and as funds are cut, schools lack the capacity to perform. So many people have indeed lost faith in the system — and that’s reached crisis proportions in New York City, with the recent debacle around the schools reopening. Yet at the same time, if you have a child connected to a public school, you look at that school with a different set of eyes, beyond testing and achievement. Many parents and school leaders recognize the important role and functions schools provide as centers of community. This is particularly true during COVID, where schools and those on the frontlines continue to risk their lives responding to the needs of students, parents and other community members by providing food, internet service, housing, utilities assistance and other essential services. We’re seeing now with COVID just how much the role of schools serving a community has been taken for granted in the past, and how destructive it is when those supports are taken away.

To what degree have private philanthropies played a role in shaping the current education system?

Private philanthropies have really changed the landscape. They’ve supported policy reforms in education that help governors, mayors and other education executives rather than promote democratic processes, like the election of local school board members.

Historically, educators led and shaped education policy, but now it’s in the hands of policymakers, philanthropists and education reform organizations. That’s shifted the balance of power and who is actually leading the schools, and the values we hold concerning education.

Ultimately, responding to these changes is about having a vision of the value of public education. Do we still believe it’s a public good?  Do we still value educators?  If so, then we have to articulate that vision and act to defend and advance it.

What does it mean to understand that, as you say, education is inherently political? Or that those who support public education need to be as intentional as those who have tried to dismantle it — what would that look like?

There are huge limitations to how we’ve been looking at policy. The current moment shows that policy decisions are based on emotional, not rational policy decisions. We’d like to think otherwise, but critical policy analysis suggests that’s not how it happens. The electorate is often driven by symbolism, rhetoric and the politics of spectacle. They want to see immediate results from policy decisions, new initiatives or funding priorities.  If they don’t see measurable results quickly, they reject them as not working and move on to the next reform, initiative or proposal. Meanwhile, marginalized communities and students in many underperforming schools are further marginalized because these reforms are typically tested on them and not in suburban schools.

Why is this? As education researchers, we explore how the likes of Donald Trump, Secretary DeVos and other are seeking to dismantle public education in America. For example, look at Trump’s assault on critical race theory. If you’re a critical race theorist, you’re not surprised by his statements, because Trump embodies what CRT seeks to reveal and fight against — systemic racism and white supremacist policies woven into the fabric of American institutions.  [Critical race theory, or CRT, is a theory that originated in legal studies that examines the role of race and racism in US laws, policies, and political and economic institutions and is concerned with the unfair distribution of power, resources and legal protections by race.]

But most people don’t understand what critical race theory is. They just see the words “critical” and “race.” And Trump just throws it out to mobilize his base and everyone reacts and takes the bait. It’s like a sport for him. People who advocate for equity and justice must recognize this if we want to effective.

What are the discussions we should be having about how policy should change?

We need to start by organizing and mobilizing and using research to improve the lives of people instead of just talking about it.  We need to expose who is leading our schools and influencing school leaders.  While there are some who suggest there is a vacuum of leadership, the reality is the leadership needs to shift away from philanthropists and school reformers back to the teacher, parent, student and community leaders who know best what students need to learn and succeed.

One result of COVID, and of the confusion and chaos from the President of the United States and the lack of guidance from Secretary DeVos, is that it has exposed what isn’t working, and people are rejecting a continuation of this market-based approach.  Unfortunately, there’s not a shared vision to provide a safe and supportive learning environment, and that’s how the blame game starts.

But now is a great time to talk about mayoral control and school governance across the country. It’s an opportunity to dismantle the reform-based policies of the past and to restructure schools in service of the public good they were always meant to be, for students and the communities they serve.

There are so many talented, passionate and committed people in education. So what do we have to lose if those educators speak up and say, “These are the values we hold dear” and partner with parents and communities to make it happen?

That’s what my book explores, and the opportunity we have to change the conversation.