With Stress in Schools Increasing, Simple Strategies to Stay Calm 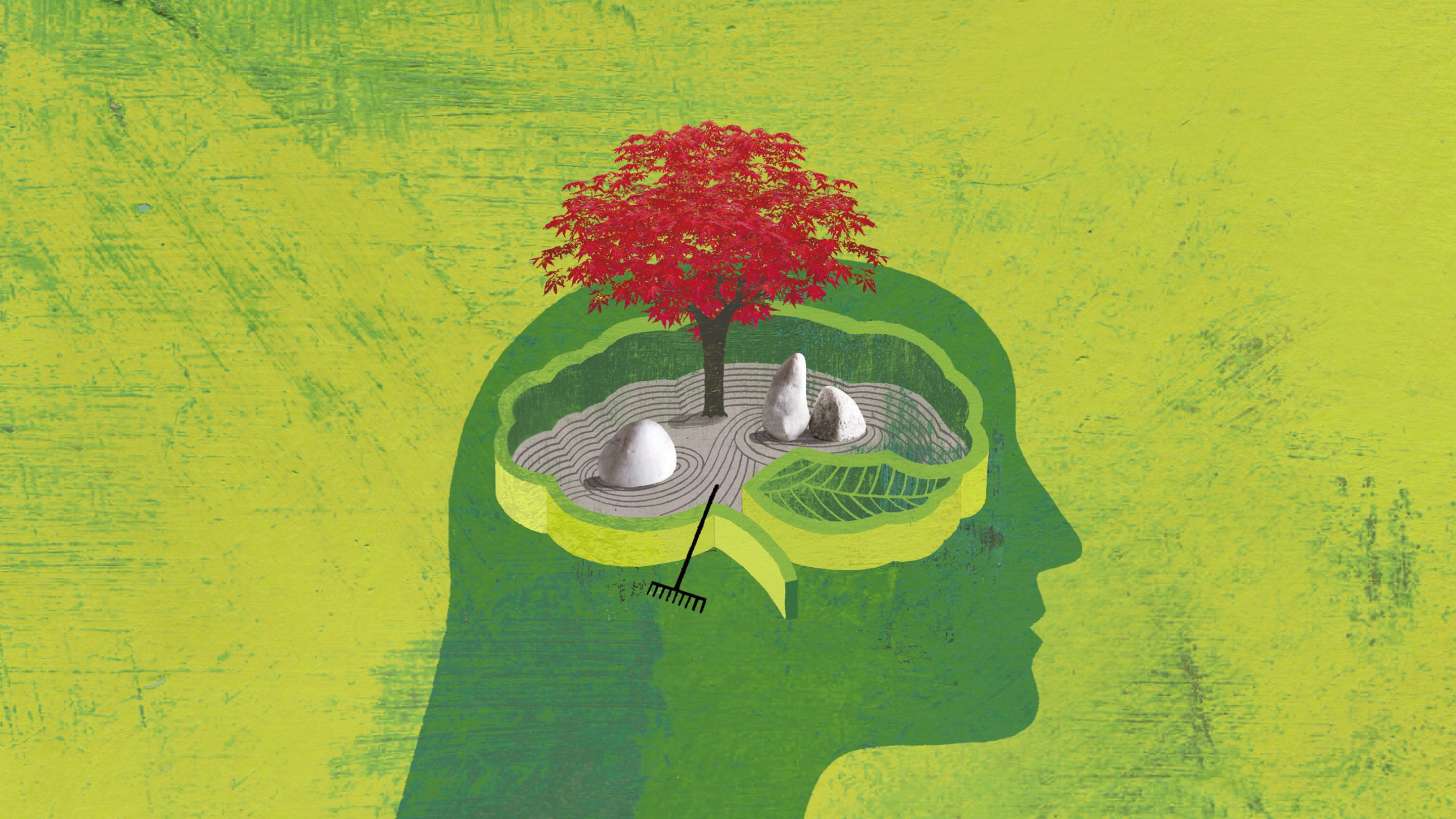 The six-year-old boy’s eyes welled up with tears. His teacher, 30-year veteran Leigh Yelton, could see the explosive anger building in the first grader. After his mother died unexpectedly in his kindergarten year, he struggled with what his grandmother called “mommy days,” or periods during which he would often cry uncontrollably. Instead of asking him what was wrong or trying to distract him, Yelton asked him to do something simple and unexpected: go to a private part of the room and push against a wall. It worked. Yelton learned the technique from a resilience training program that shows teachers how to help themselves—and their students—calm the central nervous system. Stress and trauma can trigger a response in the amygdala, the part of the brain that sends the body into fight, flight, or freeze mode, hijacking the rest of the brain so it becomes focused solely on responding to or fleeing the perceived threat.

“Our thinking brain is where we process language, so if I have flipped my lid, and you talk to me, you sound like the Charlie Brown teacher,” says Ann DuPre Rogers, executive director of Resources for Resilience, the nonprofit organization that conducts the training. When a person is triggered and can’t be reached through conversation, the training directs them to take a sip of water, press against a wall, or try a quick walk while paying close attention to their physical sensations. For example, when drinking a sip of water, a participant might try to feel every droplet of water in their mouth. How does it feel as it passes over the lips? Is it cool or warm? Does it have texture? This process of closely examining sensory details called sensing-in is similar to mindfulness practices which are increasingly backed by research, and even prescribed by doctors, for addressing acute stress and trauma. “You notice all the sort of sensory elements of the sip,” said Rogers, explaining one of the strategies that allows teachers and kids to calm their brains and bodies. Once the amygdala is calmed, she continues, “then the brain can come back and we can talk it through. We can make a plan.” The simple techniques, called rapid resets, are designed for “anyone with a nervous system,” Rogers says, but they can be especially helpful in the school setting where teachers and students of all grade levels experience different levels of stress and trauma. Students or teachers who have had many adverse childhood experiences (ACEs), such as living in an abusive household or having an incarcerated parent, may be more easily triggered. Rogers and her staff train teachers, counselors, and other school personnel to recognize the triggers that cause a person to “flip their lid,” or activate the stress response. Triggers in a classroom can seem minor: a student takes another student’s pencil or a student teases another student about their appearance. But even these events can spark a response rooted in mounting frustration or underlying trauma and disrupt learning—for both the student and the wider classroom.

While the methods tackle the immediate problem—getting the child to calm down is the first step—the program advises teachers to follow up and address the deeper issues as soon as they can. Getting brains back “online” is a vital prerequisite for exploring the student’s challenges and making plans to help the child or teen self-regulate in the future.  “These are quick strategies that you can implement into your classroom with a little effort, but get a big response,” says Susan Puckett, a counselor at Forest Park Elementary.  Put On Your Mask First Despite initial skepticism, Yelton calls the training, “the most valuable workshop experience that I have ever been to.” Like the flight directive about putting an oxygen mask on yourself before helping a child, the training encourages teachers to use the strategies for their own fight, flight, or freeze responses before teaching them to students.  After learning the rapid resets, Yelton tried them first on herself and then her husband. When she found herself growing angry, she would practice the grounding technique by focusing on the sensory experience of feeling the floor beneath her feet. The strategy brought Yelton back to a place where she could interact again. The skills she learned in the training had immediate application in her classroom and transformed how she relates to her students. She taught her kids to imagine that their amygdala—which produces the first inkling of anger or anxiety—is like a barking dog. When the “lid is flipped,” the dog barks to alert the rest of the brain to fight, flight, or freeze, and getting children to recognize the presence of the dog is a necessary prerequisite for getting them back to a place where they can learn. In her class today, Yelton’s students use hand signals to demonstrate that a dog is in the house, periodically gesturing to indicate that they are starting to get anxious. Before the training, if a child became upset, Yelton might ask “What’s wrong?” and press the student to articulate the reason for their discontent. “Often I would say when kids were really flipping their lids, ‘Give me your words. Use your words and tell me,’ not really thinking that they can't do that at this point,” she says. The training sparked a paradigm shift in Yelton’s interactions with her students. Instead of trying to “fix the problem,” she  approaches triggered students with a new sense of patience and understanding. She realized, “when they get that out of control, they're not in a zone where they know what's happening. They are so amped up or so shut down...and they can't hear you. They can't listen.”

Yelton related to the grief of her young student who lost his mother in a different way than she would have before the training, acknowledging his anger without trying to distract or control him. “He was angry and he had every single right to be angry. I never tried to change that,” she said. “You have a right to be angry. I get it. I understand where you're coming from. I would be upset too.”  Over time, the student's crying became less frequent and he began to self-regulate, taking time-outs when he felt himself getting triggered. The young boy moved at the end of the year, but Yelton feels she sent him off with a toolbox of tactics he can use to deal with some of the effects of the trauma he has experienced. The shift in Yelton’s classroom is just one of many in the Kannapolis City School system, a small district in the central part of the state that began training school personnel in the resilience practices in 2016.  Teachers and staff appreciate the simplicity of the practices and their easy implementation in the classroom. “I remember walking out and thinking I can use this tomorrow. I don't have to wait,” says elementary school psychologist Amy Roberts. “I don't have to prepare anything. I don't have to make anything. I can just do it.”  The practices have created a positive shift in the overall school culture at Forest Park. “Teachers would come to my office and say, ‘I did this and this worked for these kids. I haven't seen anything work like this before.’” says counselor Puckett.

The shared practices have created a common language in the school community. Fourth grade teacher Kelcie Lewis says her students know the strategies and respond when they observe her using them. “If I am getting frustrated waiting for them to pay attention or if they're not getting a skill, I might just go over and lean against the wall and they're like, ‘Uh oh guys, Mrs. Lewis is about to blow her lid,’" she says.  Bringing themselves back to a calm state is critical for teachers to avoid exacerbating triggers students may be experiencing. “Through the training, I learned that even the way that you approach the room can make such a difference,” says Martha Motley, principal of Forest Park Elementary. “If you get called if there's a fight, a disturbance, or a student being disrespectful, and you show up...escalated, even from the quick walk there, then kids are going to respond differently.”