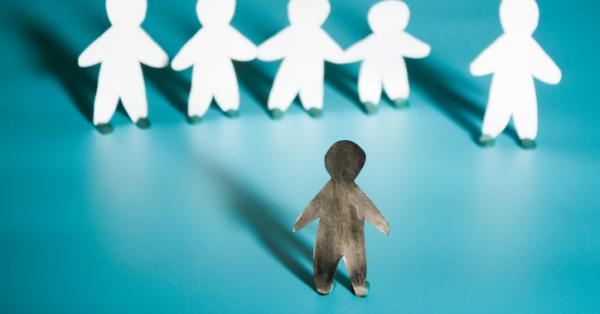 Like many, I’ve been swamped by almost daily waves of emotion after the death of George Floyd.

I heard someone say the other day that their “mind was full and their heart heavy”.

That’s just how I have been feeling. It’s as though my whole nervous system has been experiencing some kind of historical trauma.

The flagrant disregard for the life of a black person has brought up many painful memories from my past, of times when I was made to feel “less than” simply because of the colour of my skin.

As a young black woman growing up in the 1970s and 1980s, incidents of racism were peppered throughout my life.

When I was 15, I was told by my careers teacher that my aspiration of becoming a nursery nurse was too high and I should consider becoming a cashier in the local supermarket instead.

On another occasion, I was reprimanded for talking in class and told to “go outside and swing on the trees, like my friends and relatives the monkeys do”.

Complaining or expressing my hurt was never an option, so I simply learned to swallow the pain.

Despite my school experiences, in 1988 I decided to train as a teacher.

In my first year, I was introduced to the work of Bernard Coard, and his research on “How the West-Indian Child is Made Educationally Sub-normal in the British School Education System.”

It was not the lecturer’s intention, but as the only black student in my year, I felt a deep shame and discomfort when she read excerpts from his book that matched so closely with my own experiences of the British education system.

For the majority of the white trainee teachers, Coard’s work was simply an academic treatise. For me it was personal.

I come from a black, working-class family. Social and economic deprivation and racial inequality were the backdrop for my childhood years. No one in the lecture hall shared my story.

As the lecturer read how the structure and design of the British education system had led to many black children underachieving and living with a hidden, yet deep, sense of inferiority, it felt as though she was shining a light on my own hurt, leaving my bruised and conflicted inner world for all to see.

I wanted to get up and leave the lecture hall.

I didn’t, but I spent four years at teacher training college wanting to escape. I was tired of being in the minority, tired of being on the outside, tired of fearing that I could never truly achieve in a system that had only ever seen black children as a problem.

When I eventually qualified as a teacher, I taught at schools in Brixton and Stockwell. One of them was on the border of a road that had been a flashpoint for the Brixton riots in the late 1980s.

It was a time when, just as we have seen in recent weeks, black people protested against the level of police brutality exhibited towards them. And it was here, at this school, where I faced some of the worst levels of racism.

It was a one-form entry Church of England primary school, where the majority-white teachers believed they were there to save the black children. Expectations for them were incredibly low.

In the early days, children spoke down to me. Why? Because the only other black staff were cleaners, and, on a daily basis, pupils witnessed the derogatory ways their white teachers spoke to them (and to me) and so it perhaps seemed inconceivable that I could be there to teach them.

There were times when I cried in the staff toilets because teachers referred to black boys as "gorillas" and I found my own voice stifled by staffroom hostility when I tried to counter these abhorrent views.

Despite all of this, within six years I rose to the position of headteacher at this school. I used my position to bring about change and ensure that high expectations, a sense of pride and achievement were a reality for every black child at the school.

If ever there was a time for education leaders of all hues to seize the moment and do the same, it is now. Bernard Coard’s conclusions still reverberate around our education system today.

It has not been easy for me to process the emotional pain that has arisen as a result of recent events. But I am continuing to lean into the pain because I know that if I don’t, I limit my own capacity for change; not only for myself, but also for my children and my children’s children.

School leaders have to go on a similar quest. It is perhaps the most difficult quest a leader can take because it will require them to explore issues of identity and integrity and what they truly mean in the context of their own school settings.

It will require them to have difficult conversations and face uncomfortable truths about themselves and their schools. Yet it is these sorts of conversations that truly define leadership and are fundamental to growth and positive change.

Furthermore, it’s only by leaning into the uncomfortable spaces and finding help and support that something new, something better, can be brought to life.

This is what true moral and ethical leadership is about. And it is only by going on this journey that school leaders can effectively model what leadership for racial equality and social justice really look like.

In order to navigate this journey, perhaps for the first time, leaders will have to ask themselves:

1. Am I willing to listen to the black communities' stories of pain, discrimination and hurt?

2. Am I prepared to let down my defences and look at my own unconscious biases?

3. Am I willing to engage with the weighty feelings and emotions that are a necessary part of this terrain?

4. Am I willing to shine a light on every single aspect of my school and our education system and call out all the policies and practices that have limited the progress of black children and black educational professionals?

5. In this struggle for racial equality and social justice, what is mine to do?

In my 30-plus years in education, I have seen how an unwillingness to truthfully engage with these questions has hampered progress for all.

However, this time I hope things will be different.

In the aftermath of George Floyd’s death, black parents will be looking at their children’s schools and wondering whether school leaders have truly heard the deep, searing cry that has shot through the black community for racism to be eradicated.

They will be looking for evidence that their child’s experience of school will be different and that the dreams they hold dear for their children are also held by those who teach them.

We can do better and we must do better. This is a defining moment for our education system; for our black children and black teachers to see that their lives really do matter.

Viv Grant is an executive coach, author and public speaker and a former headteacher. She is also an advisory board member of the UK’s first Centre of Excellence for Mental Health in Schools at The Carnegie School of Education at Leeds Beckett University