Can Online Learning Be Better This Fall? These Educators Think So 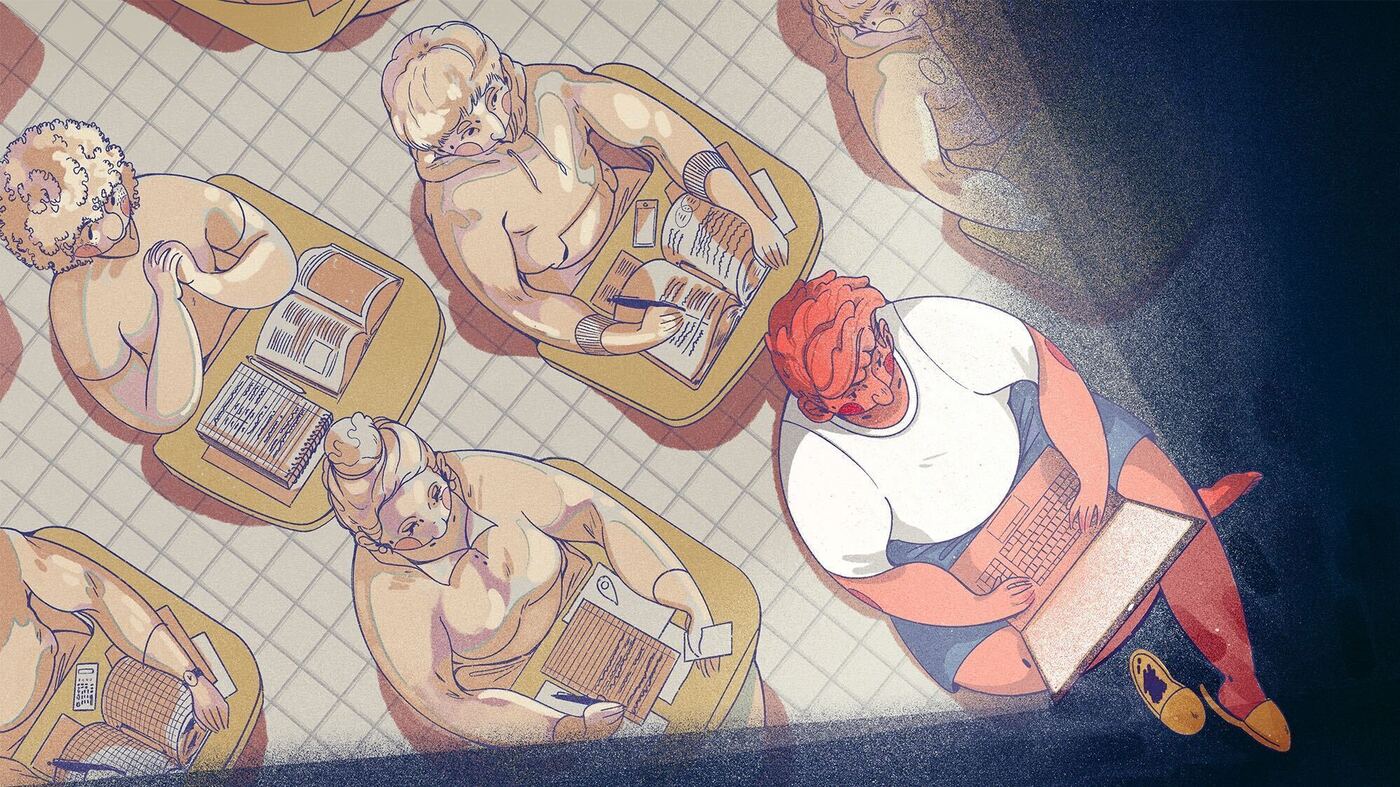 Wayne Banks is a middle school math teacher and principal in residence for KIPP charter schools.These days, like many teachers around the country, the 29-year-old is working from his apartment in Brooklyn, New York.

Banks has never been formally trained to teach online, but that hasn't stopped him from trying to make his classes as engaging and challenging as possible.

"I really took the opportunity in March to be like, 'I just have to figure this out.' [It was] a do or die for me," Banks says.

Now, with many of the nation's largest school districts beginning the fall semester online-only, Banks is part of a national effort to improve the quality of distance learning. The goal: Deliver better online learning, at no charge, to any district that wants it.

A group of public and charter school leaders launched an online pilot this summer called the National Summer School Initiative. (They are funded by education philanthropists, including the Michael and Susan Dell Foundation and the Walton Family Foundation, which is also an NPR funder.) Co-founder Ian Rowe, who leads Public Prep charter schools in New York City, says they are working right now with about 12,000 students in more than 50 locations. Rowe and his co-founders want to know: "Could we, over a five week summer program, start to really isolate certain best practice principles that could then survive into the fall?"

NSSI centers on mentor teachers, like Wayne Banks, who tape video lessons with a group of "showcase students"-- kind of like you'll see workout instructors on YouTube leading a few people through a routine with modifications for different levels of fitness.

Banks is invested in his own best practices to keep his students actively learning and discussing math concepts. In the spring he found a web site called whiteboard.fi that allows his students to work on a problem while he watches "over their shoulders," and then engages them in discussions, sometimes in Zoom breakout rooms. "That is the core of my class," he says. "We are talking about math every single day."

He also takes the time to get to know his students and make sure they know each other. He does icebreaker games, calls them at home and recently, when he got a new keyboard, he played them a song.

Banks says as a mentor teacher, his role is to "guide and inspire" a group of partner teachers, who work more closely with groups of 25 or 30 students. Collaborating on lesson planning, he says, is helpful for everyone's professional development.

"Hundreds of teachers from across the country are all teaching the same content as you. And you know, the way that one person thinks about a math problem is not the way that someone else thinks about a math problem." He says being able to talk over strategies, "can create ideas and generate just like a fresh electric energy around being able to teach kids at a high level."

As far as remote teaching goes, NSSI's offerings resemble what some better-resourced private schools were doing in the spring. Together the mentor and partner teachers are teaching nearly four hours of classes a day this summer. NSSI has partnered with the nonprofit Biobus for science instruction, and the National Dance Institute for movement classes.

Many public schools with lower-income students, by contrast, offered only a minimum of real-time instruction this past spring. A recent survey of 474 school districts by the American Institutes for Research showed that high-poverty districts generally had lower expectations for how long students should be spending on schoolwork each day. Elementary schools were less likely to offer live classes taught by the student's own teacher. And students in high-poverty schools were more likely to be reviewing material rather than learning something new.

Sarah Evrard's daughter Lillian is going into fourth grade at a Catholic school in Milwaukee, and is taking summer school classes now with NSSI. Evrard says, in the spring, Lillian and her classmates "would have Zoom meetings with their teachers daily and then they would pick up a packet at school, which was their work for the week." She says the school avoided doing a lot of real-time instruction because some children were sharing devices with siblings, and some families were working during the day and had to oversee schoolwork in the evenings. "But the piece that for us felt was kind of missing was that one-on-one teacher interaction."

She says that's exactly what they're getting with NSSI, and her daughter loves it. "She was not exactly thrilled when I told her she was signing up for summer school," Evrard says, but now Lillian is being challenged, engaged, and she's meeting kids from all over the country.

Ian Rowe says his organization is hoping to team up with schools around the country in the fall. He says school systems can either pick their own local superstar teachers to be mentors, or they can use the initiative's teachers and lessons. Local teachers can then network with others around the country and get feedback on their online performance in a way that didn't necessarily happen this past semester.

"Frankly, we were all thrust into remote learning in the spring. And, you know, not everyone was ready for that," Rowe says. "Now I think we've learned a lot about what elements can work and we're trying to be a resource on that front."

But some are concerned that this program may be overpromising. For one, the equity issues that interfere with some families — including some of Lillian Evrard's classmates — being able to take part in real-time instruction aren't going anywhere. Many districts are still working on getting devices and Wi-Fi to all students amid widespread budget cuts. And while NSSI won't necessarily cost districts money, the organization is not providing computers or an Internet connection.

And then there's the pedagogy. Many high-performing charter school networks that are associated with NSSI, like Achievement First and Ascend Learning, have been criticized in the past for an approach to teaching that is overly scripted and standardized, and that emphasizes high test scores above all. This "no-excuses" model has beenfalling out of favorin recent years.

Justin Reich is a researcher in education technology at MIT. He's been working with districts and listening to students and teachers to help reimagine instruction this fall. He says he'd prefer to see each district give teachers the time, training and empowerment to plan online teaching right, rather than rushing for a prefabricated solution.

"I think adequate turnkey instruction may be possible. I don't think it's responsible to promise excellent turnkey curriculum and training."

However, Reich acknowledges that with so many districts scrambling to plan remote learning this fall, NSSI may be on to something. He says simply putting a lot of talented teachers together and giving them training and a clear direction "can, in lots of cases, be way better than having every school and district figure these things out on their own."

It's almost August. Many districts may be grateful for an out-of-the box solution — in both senses of the phrase.