Six Problems with a Growth Mindset in Education 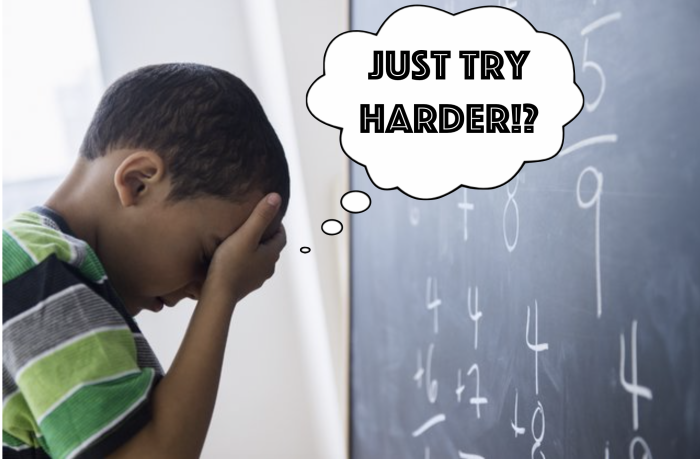 Sometimes the truth is not enough.

Especially if you misunderstand its meaning.

That seems to be the main problem with a growth mindset.

It’s one of the trendiest concepts in education today, and – though it’s based on an authentic insight into how kids learn – it’s been shackled and monetized into an excuse to support a sterile status quo.

The basic idea goes like this: academic ability isn’t something students have or do not have. It’s a skill that gets better depending on how hard they work at it.

And up to that point, it’s correct and valuable.

But when we try to take that insight and weave it into current education policies, it becomes a shadow of itself.

As a middle school language arts teacher, I’m confronted with this most often in the context of standardized test scores.

To me that seems to misunderstand the essential psychological truth behind a growth mindset.

Instead of focusing on the individuality of real human students, we’re zeroing in on the relics of a fixed mindset – test scores – and relegating the growth mindset to happy talk and platitudes.

B leads to A, and if we really want A, we just need to emphasize B.

To be clear, I don’t think there’s anything wrong with the idea that learning is a skill that can be strengthened with hard work. I do, however, take issue with how that observation has been used to support the status quo of test-and-punishand strategic disinvestment in public schools. I take issue with the idea that growth is the ONLY factor in student learning and how we are ignoring the multitudinous ways the human mind works and what that means for education.

In short, I think making the growth mindset a magic bullet has ended up shooting us in the foot.

Here are six problems I have with the growth mindset model:

How exactly do you use growth to drive achievement?

You make the concept of growth explicit by teaching it. You actively teach kids this idea that anyone can learn with hard work, and the theory goes that they’ll achieve more.

Does it actually work?

The results have been pretty inconclusive.

It’s been tested numerous times in various ways – some showing success, some showing nothing or even that it hurts learning.

The best success has come from Carol Dweck, a Stanford education professor who’s made a name for herself promoting the growth mindset model in books and TED talks.

Just this month, she co-authored the largest nationwide study concluding that a growth mindset can improve student results.

About 12,500 ninth grade students from 65 public and private schools were givenan online training in the concept during the 2015-16 school year.

The study published in the journal Nature concluded that on average lower-achieving students who took the training earned statistically significant higher grades than those who did not.

However, results were “muted” when students were less encouraged to seek challenges – such as when they had fewer resources and support.

Despite this success, Dweck’s peers haven’t been able to reproduce her results.

A large-scale study of 36 schools in the United Kingdom published in July by the Education Endowment Foundation concluded that the impact on students directly receiving this kind of training did not have statistical significance. And when teachers were given the training, there were no gains at all.

In a 2017 study, researchers gave the training to university applicants in the Czech Republic and then compared their results on a scholastic aptitude test. They found that applicants who got the training did slightly worse than those who hadn’t received it at all.

In 2018, two meta-analyses conducted in the US found that claims for the growth mindset may have been overstated, and that there was “little to no effect of mindset interventions on academic achievement for typical students.”

A 2012 review looking at students attitudes toward education in the UK found “no clear evidence of association or sequence between pupils’ attitudes in general and educational outcomes, although there were several studies attempting to provide explanations for the link (if it exists)”.

In short, there is little evidence that any current approaches to turning the growth mindset into a series of practices that increase learning at scale has succeeded.

We tabulate data, compile numbers and information and pretend that draws an accurate picture of students.

But the concept that student achievement isn’t one of these things – is, in fact, something changeable with enough effort – runs counter to everything else in this world view.

If data points don’t tell us something essential about students but only their effort, connecting them with high stakes is incredibly unfair.

How can you convince a student that test scores, for example, don’t tell us something essential about her when we put so much emphasis on them?

It’s almost impossible for students in today’s schools to keep a belief in a growth mindset when test scores and our attitude toward them confirm their belief in a fixed mindset.

In a world of constant summative testing, analysis and ranking of students, it is nearly impossible to believe in a growth mindset. It’s merely a platitude between the fixed academic targets we demand students hit.

This doesn’t exactly take anything away from the concept, but it shows that it cannot be implemented within our current educational framework.

If we really believed in it, we’d throw away the testing and data-centricity and focus on the students, themselves.

When we try to force the growth mindset onto our test-obsessed world, we end up with something very much like grit.

After all, if the only factor students need to succeed is effort, then those who don’t succeed must be responsible for their own failures because they didn’t try hard enough.

And while this is true in some instances, it is not true in all of them.

Effort may be a necessary component of academic success but it is not in itself sufficient. There are other factors that need to be present, too, such as the presence of proper resources and support.

And most – if not all – of these factors are outside of students’ control. They have no say whether they are well fed, live in safe homes, have their emotional needs met. Nor have they any say whether they go to a well-resourced school with a wide curriculum, extracurricular activities, school nurses, tutors, mentors, psychologists and a host of other services.

Putting everything on growth is extremely cruel to students – much like the phenomenon of grit.

Education policy should help raise up struggling students, not continue to support their marginalization through poverty, racism and/or socioeconomic disadvantages.

No child wants to be remediated.

It makes them feel small, inadequate and broken. And if they’re already feeling that way, it reinforces that helplessness instead of helping.

Context is everything. Well-meaning educators may gather all the students with low test scores in one place to tell them the good news about how they can finally achieve if they put in enough effort. But students may recognize this for what it is and instinctively turn away.

The best way to teach someone is often not to lecture, not to even let on that you’re teaching at all.

David Yeager and Gregory Walton at Stanford claimed in 2011:

Teachers cannot set themselves up as saviors because that reinforces the idea that students are broken and thus need saved.

I don’t think this is an insurmountable goal, but many growth mindset interventions are planned and conceived by non-teachers. As such, they often walk right into this trap.

When you tell some kids that anyone can achieve with enough hard work, it makes them discouraged because they thought that their academic successes marked them as special.

According to a 2017 study published by the American Psychological Association, growth mindset training can backfire especially with high achieving students for exactly this reason.

Hard work just isn’t enough for some students. Their self-esteem relies on the idea that they are good at schoolbecause of fixed qualities about themselves.

When we take that belief away, we can damage their self esteem and thus their motivation to do well in school.

We’ve got this growth mindset thing all wrong.

If you want to teach a student any skill, let’s call it X, you shouldn’t begin by telling them that anyone can learn it with enough effort.

Just teach X. And when you succeed, that will become all the motivation students need to learn the next thing.

As every teacher knows, you start small, scaffold your lessons from point A to B to C and make whatever changes you need along the way.

If we really want to help students in this process, we can start by ridding ourselves of the fixed mindset that current education policy is rooted in.

Growth mindset is a psychological observation about how human minds work. It’s not pedagogy. It’s empiricism.

We can use it to help design policy, lessons and assessment. But it has limited value – if any – being taught directly to students.

The growth mindset model has value, but not in the way it has typically been used in our school system.

Instead of providing justification for equitable resources and tearing down the testocracy, it’s been used togaslight educators into obeying the party line.

It is not a magic cure all, but one factor among many that provides insight into learning.

If we can disentangle it from the profit-driven mire of corporate education, perhaps it can help us achieve an authentic pedagogy that treats every student as an individual and not an economic incentive for billionaires to pocket more tax money.

Like this post? I’ve written a book, “Gadfly on the Wall: A Public School Teacher Speaks Out on Racism and Reform,” now available from Garn Press. Ten percent of the proceeds go to the Badass Teachers Association. Check it out!