Education 'as important as health and the economy' 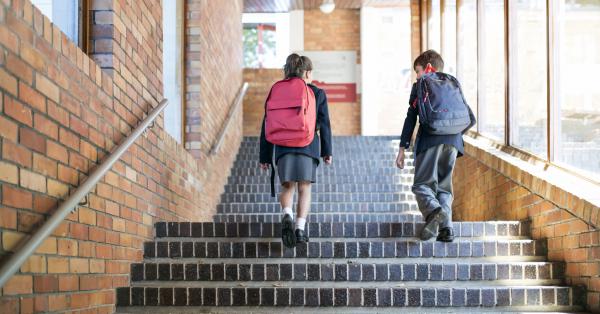 Education must be given the same priority as health and the economy as Scotland emerges from lockdown, former first minister Lord McConnell has said.

He fears that schools are facing a crisis as they recover from the closures enforced by the coronavirus pandemic, and warned that children from disadvantaged backgrounds will have fallen further behind in the three months since schools closed.

Lord McConnell – who was first minister from 2001 to 2007 and also had a period as education minister – called for a national plan of action to be drawn up.

Coronavirus: 'Some pupils could be in school a third of the time'

Easing lockdown: 'Now more than ever, schools must be an emotional base'

From the archive: Jack McConnell as education minister

Otherwise, he fears there will be another generation that suffers like young people in the 1980s, when Scotland struggled following the collapse of the traditional manufacturing sector.

Lord McConnell told the PA news agency: “There was a generation created in the 1980s, failed by the economy and education, and ultimately by government, most of whom found it hard to keep down a proper job, many became addicts.

“We must not allow this to happen again.”

The former Scottish Labour leader, who spent 10 years working as a secondary teacher before entering full-time politics, recalled: “I taught mathematics in the 1980s when a whole generation was written off as Scotland’s industry collapsed and the economy changed. And we are still living with the consequences of that today.

“And we are in danger of creating the same impact again. There is going to be a massive economic crisis, people are going to lose their jobs, and we have already got the situation in health changing our lives, possibly forever.

“On top of that, to just leave this generation without anything like a similar effort in education is just not acceptable.”

Referring to action he would take if he were first minister today, he said: “I would make education absolutely central, at least as an equal priority to the economy in coming out of the lockdown.

“I would have a national plan of action that put the 32 local authorities and the Scottish government in the same place and that mobilised new people to help, new facilities to help, new equipment to help.

“Then I would identify and target those kids that have fallen behind and have an action plan in every school that wasn’t just an action plan to keep teaching going, but was an action plan with resources to close the gap that had been created.”

The Labour peer, who is chancellor of the University of Stirling, said he also fears lockdown will have an “impact on the mental health of even kids from quite advantaged backgrounds”, as young people have been cut off from their friends and usual activities. But for children from disadvantaged backgrounds and those who have problems at home, this will be “even more severe”.

He said: “The educational gaps that were in place have been exacerbated and expanded by the lockdown and the pandemic.

“I don’t in any way diminish the amount of work that has been done by teachers and headteachers to deal with this, and I have spoken to dozens of them about this in recent weeks, but the gap has increased and current plans do nothing to address that gap.

“Unless action is taken right now, through the summer, mobilising resources in the same way that they were mobilised for health and mobilised to save jobs, then these kids will come back to school further behind than they ever were. They will find it harder to reintegrate, and they will slip even further behind in the new arrangements."

Lord McConnell added: “We need a national plan of action on this that matches the effort and ambition and resources that have been put into health and jobs over the last three months.”