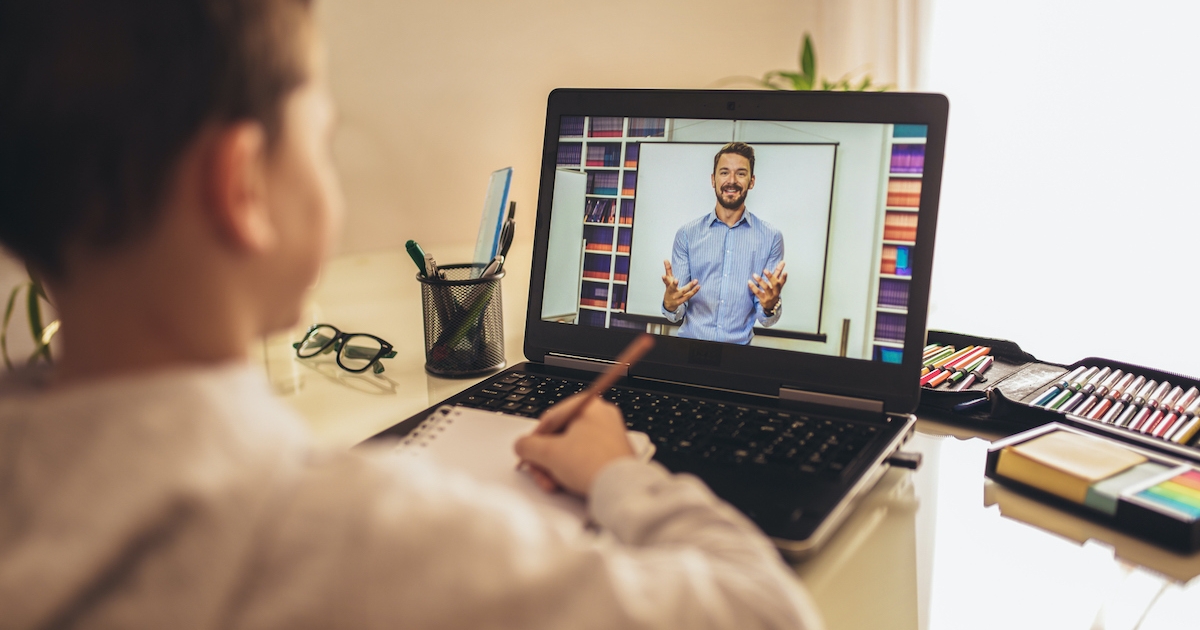 The different ways charter and district schools are doing distance learning
6.3.2020
Getty Images/Jovanmandic
The pandemic forced schools across the country to close and institute some form of remote learning, but their methods varied widely. To see just how much, analysts at the American Enterprise Institute and the Center on Reinventing Public Education have been examining how different public school districts and charter school networks have responded. The team at AEI, led by Nat Malkus, have looked at traditional district schools, while CRPE’s research, led by Robin Lake, has been tracking both traditional district schools and charters.
Malkus et al. developed the COVID-19 Education Response Longitudinal Survey (C-ERLS), which began sampling 250 public school districts on March 26 and 27, comprising 10,289 schools. The team has gathered data entirely from district websites, and checked back every seven to ten days to monitor changes to proposed plans. The most recent report covers the changes that occurred between April 24 and May 8.
AEI found that all the sampled schools were closed by March 27, with many shuttered by March 18. They all remain closed through May 8, and as the end of the school year approaches, none have plans to reopen before summer. Many have removed previous tentative plans to reopen, which had been posted on their district websites. By March 27, 43 percent were already offering some form of remote instruction for students, 30 percent had plans to implement remote options in the near future, and the remaining 27 percent made no mention of any plans for distance learning. However, by May 8, 97 percent of schools were providing some form of remote instruction for their students.
Of those 97 percent, 62 percent expected some level of participation from students, with 30 percent taking attendance. Nine percent of schools expressly stated that participation was not required and attendance would not be taken, while the remaining 29 percent did not have clear expectations for participation from students.
CRPE, meanwhile, compared the remote learning plans of eighty-two traditional public school districts with those of eighteen charter school management organizations (CMOs), all of which are part of the Charter School Growth Fund portfolio and oversee at least ten schools. CRPE reviewed district and CMO websites and open-access online learning materials to determine which had educational resources available for distance learning, and their strategies for providing remote instruction.
By April 21, 100 percent of the eighty-two traditional districts reviewed by CRPE were providing educational resources for their students—with 96 percent having formal curriculum provisions. Yet as of May 6, 33 percent still didn’t have consistent expectations for their teachers on how to provide meaningful remote instruction, and almost half of these didn’t require teachers to provide feedback for students. Much of the instruction consists of a combination of online assignments, paper packets, and lessons from public-access television broadcasts. But there is a lack of engagement between students and teachers, as well as a lack of expectation for learning; only 16 districts were tracking student attendance by April 21, with states varying in expectations and requirements of their districts as well.
As for the CMOs that CRPE examined, by April 10, nine of the eighteen provided some form of online instruction with formal curricula, instruction, and progress monitoring, while only two had no education resources for their students to access; the other seven fell somewhere in between. When Lake and her team compared the charter networks to districts, they found that the CMOs were more likely to monitor the progress of their students in some form and advance towards synchronous online instruction. Several charter schools also have their teachers serve as advisors, building relationships and checking in with the students to monitor their progress, even if the charter school network has not required remote instruction. This was in contrast to public school districts, which did not specifically require their teachers to serve as advisors for their students.
The reports from AEI and CRPE were limited to information that was offered by district websites, meaning it did not account for plans that were disseminated through school websites, email, direct contact, or other forms of communication. CRPE’s analysis also had additional limitations: It did not randomly select CMOs and districts to review, and the number they reviewed is not large enough to make any general comparisons between school districts and charter school networks.
It is crucial to track how school districts and charter schools are responding to COVID-19. Educators are being driven to enhance, and often create from scratch, their remote learning systems, and find ways to support their students academically and emotionally. While the initial priority of schools is to ensure that students have access to remote instruction and continue learning, these analyses and differences in governance structures suggest that charter schools may have more flexibility in experimenting with different strategies than traditional districts. Yet schools have a responsibility and opportunity to learn from each other to create strong systems that educate and support the students they serve, especially as we look towards the coming school year.