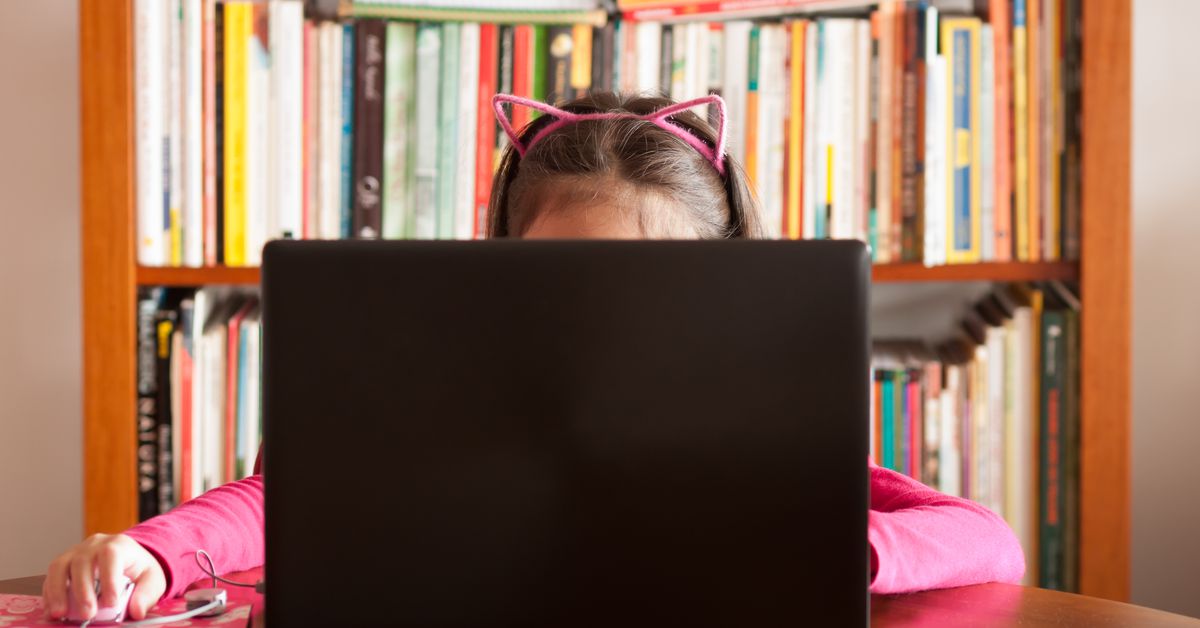 It isn’t easy setting up a virtual classroom on the fly. As the coronavirus pandemic grinds the nation’s education system to a halt, teachers have navigated computer shortages, spotty internet access, and chaotic Zoom calls in order to offer their students a valuable lesson plan in a time when nobody can leave their homes. But for special education teachers, there are many other variables to consider — and teacher Taylor Elise, 24, says many aren’t getting the guidance they need.

There are more than 6 million children in the United States receiving special education services. Elise, who lives in North Carolina, teaches 11 of them. She says that since the state closed schools in mid-March, county overseers have focused almost exclusively on students in general education. The resources she’s received are often tuned to scholastic plans outside of special ed and are of little use to her. Instead, Elise finds herself diverging from the county’s advice to generate her own curriculum, and her own virtual lessons, in the absence of any reliable leadership.

This has proved exceedingly difficult. As is the case in so many special education classrooms, Elise’s students have a wide variety of unique needs and abilities. Some of her students, she says, are nonverbal and rely on physical interaction. How do you translate that care virtually? What of the students who live in Spanish-speaking households, or those who don’t have a spare laptop? These are the questions Elise is forced to answer, often all by herself. What follows is a transcript of our conversation, lightly edited for clarity and length.

When did the pandemic start affecting your job?

So on March 11 or 12, Durham County schools announced they were closing. That was the first inkling things were going to happen in North Carolina. I’m in Wake County [bordering Durham County], we were waiting, and by the end of the day on Friday we thought we were going to school on Monday. But on Sunday, they made the announcement they were closing schools because an elementary school teacher had tested positive. I told my kids, “Bye, see you Monday!” And that turned into, “We won’t be in schools indefinitely.”

What do you remember from the immediate aftermath of that?

After that happened, we sent out information to parents to get info about what they needed food-wise and resource-wise. The next week I was dropping off food for two of my families. We have a Backpack Buddies program, which got a bunch of donations.

We have a list of students throughout the year who receive food from this program. One of them, a single mom with two kids in special ed, told me they only had one computer. Immediately the question was, “What do we do?” The answer was, “I don’t know.” There’s a lot of that — a lot of, “I don’t know, sit tight.” But luckily I’ve got some really great parents who were able to get resources from me in the short term. I had printed out worksheets for them before the closure because I had a feeling things might happen. But now, as remote learning has started up, those questions are coming up more.

What was the remote learning program for special needs kids? Was there a plan to fall back on, or are you inventing stuff on the fly?

From the county standpoint, for the first two weeks of the closure, they said, “We’ll tell you something, eventually.” For those weeks we were kinda on our own. I set up some online resources that parents, who did have access to their computers, could get for their kids. I provided simple video resources, trying to explain what was going on and why schools were closing. To give you some perspective, my county started remote learning [April 13], and my principal still hasn’t heard anything on a laptop rollout — we were supposed to supply laptops to low-income students. So even today, there’s not much of a plan, even though they say there is. The resources I’m getting are for general ed purposes, and I’ve had to adapt them to special ed. There’s been a lot of improvising.

How frustrated are you about that?

It’s weird because I’m torn between how it’s a crazy situation, and we all need to be flexible, and being frustrated because the county is still moving forward with remote learning when they don’t have what they need. What would be nice to see is the county stepping up and saying, “Hey, we’re in over our heads, and we’re going to be honest and say we’re not ready yet.”

What have you been trying to do to create a valuable digital ecosystem for your students on the fly?

I’ve been trying to make recorded video lessons — reading stories, things like that — just trying to engage the best way I can. It’s so difficult. In my classroom, I have students who can read entire paragraphs and answer reading comprehension questions. But I also have students that are identifying letters of the alphabet. Trying to create these lessons that are supposed to address all of them is very difficult, but that’s the loose guidance we’ve been given.

I’d much rather focus on what they need individually. It feels like we’re just trying to avoid a lawsuit; we’re saying we’re meeting the needs when it really doesn’t feel like we are.

What are some of those challenges that you don’t think special ed teachers can meet over the internet?

Something people haven’t considered is that I have a student who is nonverbal. Her mom speaks Spanish, and she doesn’t have a voice-output device. If we’re trying to communicate over the computer, she can’t communicate back to me. Typically we communicate through physical interaction. There’s a big gap there, with students who are nonverbal but aren’t at the level of using a device like that.

Yesterday I did a live morning meeting to get the kids on so they can see each other, but only two of them were able to join. I can’t physically help them, I can’t give them physical prompting. I have a lot of students who’ve never completed work on a computer. I have no idea how this is going to go for them.

Do you miss your students?

So much. I was so happy to see the two that came on yesterday. But I was really sad that more didn’t come on. I kept being like, “Okay, we’re going to wait and see!” We’re trying to do live meetings twice a week. I miss them, and they miss each other.

Where do you hope to be in the weeks ahead? What do you think is a reasonable goal for you, and other teachers in your shoes, to make remote learning work for your students?

Part of my goal is to diverge from what the county has given us, because in my opinion, it isn’t enough. I want to make videos that address the student’s goals, or instruct the parents how to do it. [I want] to help parents offer meaningful instruction in a way that they’re comfortable with. That’s one of the hardest things [because] a lot of parents don’t feel that they know what to do. To get the parents more confident in instructing them is one of our goals. It’s going to be easier to interact with parents over teleconferencing anyway. So I think the best way to reach my kids might be to go through their parents.

Do you think special ed has been an oversight during this coronavirus shutdown? Do people need to be paying more attention to teachers like you?

One of my big complaints in public education in general is the oversight of special education. I actually submitted my papers today to resign at the end of the school year due to underfunding. In the first two weeks, we received email after email about what the regular education teachers should do, and at the very bottom there was a little paragraph that said, “Special ed teachers, sit tight.” It’s upsetting to see that there wasn’t a plan, when there was a plan for the other students.

Sign up for The Goods newsletter.Twice a week, we’ll send you the best Goods stories exploring what we buy, why we buy it, and why it matters.

Every day at Vox, we aim to answer your most important questions and provide you, and our audience around the world, with information that has the power to save lives. Our mission has never been more vital than it is in this moment: to empower you through understanding. Vox’s work is reaching more people than ever, but our distinctive brand of explanatory journalism takes resources — particularly during a pandemic and an economic downturn. Your financial contribution will not constitute a donation, but it will enable our staff to continue to offer free articles, videos, and podcasts at the quality and volume that this moment requires. Please consider making a contribution to Vox today.