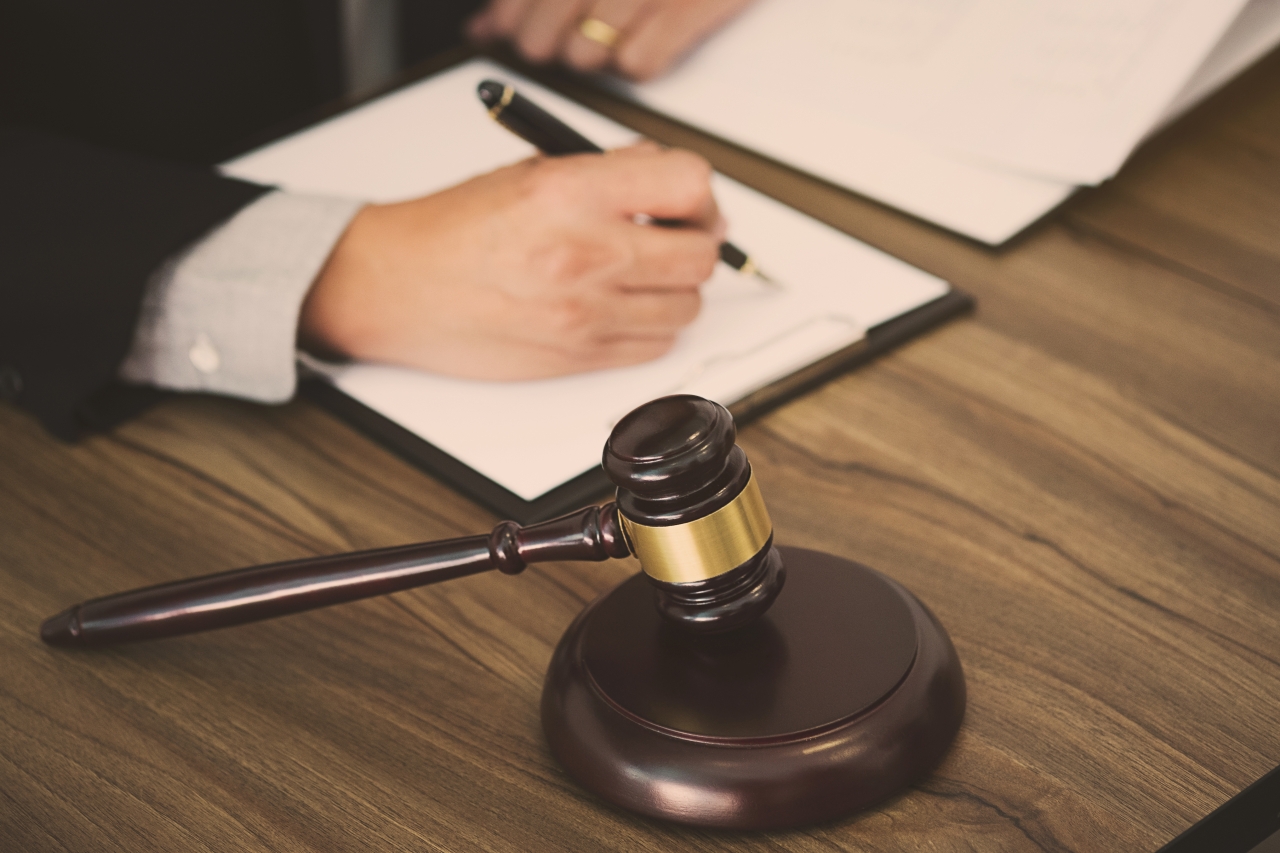 Manilan Houle’s life has been shaped by a federal law passed years before he was born.

An enrolled member of the Fond du Lac Band of Lake Superior Chippewa tribe in Minnesota, Houle, now 28, spent his adolescence in and out of the child welfare system. Because of his tribal status, Houle was subject to the Indian Child Welfare Act (ICWA)—a law that sets federal standards for the out-of-home placement of American Indian children.

Congress enacted ICWA in 1978 in an attempt to address the then-widespread practice of removing Native American children from their homes and placing them with white families. Among several regulations, the law requires caseworkers to make “active efforts” to keep Native children with their biological family. If that’s not possible—as in Houle’s case, whose family was struggling with domestic violence—they must give preference to placing Native children in other Native American homes. Before the age of 14, Houle was placed in three different Native households. “What ICWA meant when I was a [kid,] was that I was in a Native home,” Houle says. “My foster parents knew something about my community and about my home.”

ICWA not only prioritizes placing Native children with Native families, but it also gives tribal governments jurisdiction over decisions about the placement of children who are members or eligible members of a tribe. When Houle was 14, his tribe exercised that discretion. Houle needed to find a new foster home, but the nearest Native home was halfway across the state. His ICWA caseworker determined it would not be in Houle’s best interest to move so far away from his support system, and instead placed him with a white couple in the area who had been friends with his older sister.

When a Native household opened up closer by, Houle attended a meeting with tribal leaders and his caseworker to determine where he should go. They ultimately decided he should stay with the non-Native family, who knew his family and were prepared to support him. “We ended up having a long conversation about how the goal of the Indian Child Welfare Act isn’t just merely about keeping Native kids within Native communities,” Houle recalls. “It’s about giving tribes the power to give the best path forward for their citizens.”

The future of ICWA is now in doubt. On November 9, the Supreme Court will hear four consolidated cases that argue ICWA illegally discriminates on the basis of race, oversteps federal jurisdiction, and prioritizes the interest of tribes over the needs of the Native children it purports to protect. The challenge has been brought by the state of Texas and three non-Native couples that sought to adopt or foster Native children: Chad and Jennifer Brackeen, Jason and Danielle Clifford, and Nick and Heather Libretti, who are joined by the mother of the child they adopted, Altagracia Hernandez. (The Brackeens’ and Librettis’ adoptions were ultimately approved, while the Cliffords’ was not.) Five Native American tribes and the U.S. Department of the Interior are defending the law, arguing that it is not a race-based and instead approaches tribal status as a political class. The defendants also argues that the policy is lawful under the 10th Amendment and is in the best interest of Native American children. (The Justice Department did not respond to TIME’s request for comment.)

The case brings together some of the most complicated issues in American life: the state’s responsibility to care for vulnerable children, what qualifies as a legal racial classification, and what the U.S. government owes to Native communities to atone for its brutal crimes of the past. Like the high-profile challenge to affirmative actionbefore the court this term, the Justices will evaluate claims of racial discrimination brought by white people. Both sides in this case argue their position is in the best interest of Native children, and tribes across the country have weighed in with hopes of swaying the bench: 496 Indian tribes and 62 tribal and Indian organizations have filed in defense of the law.

Supporters of ICWA argue that if the plaintiffs prevail, it would upend more just than how the welfare system treats Native children and could undermine tribal sovereignty. Nearly every other statute governing Indian Country uses tribal status as a touchstone, says Daniel Lewerenz, a professor at the University of North Dakota School of Law who helped file briefs in defense of ICWA as an attorney with the Native American Rights Fund. If tribal membership is deemed a racial category rather than a political class, he argues, it would “call into question literally every act of Congress ever enacted for Indians.”

The plaintiffs disagree that their case would have such a sweeping impact. Mark Fiddler, who represents the plaintiffs and is himself a member of the Turtle Mountain Band of Chippewa Indians, argues such arguments are overblown. “As an Indian who believes totally in tribal sovereignty, I think we have to respect the proper limits of our own sovereignty and that when we abuse it, there’s going to be pushback,” Fiddler tells TIME. “I think ICWA is a case where Congress took it too far.” Matthew McGill, who also represents the plaintiffs, told reporters on Nov. 3 that he believes such arguments are misleading and intended to detract from the “serious constitutional issues at stake” in the cases, which are about “trying to help these families keep their families together.”

Last term, the 6-3 conservative Supreme Court limited tribal sovereignty in a case about the prosecution of non-Indians who commit crimes on tribal land. But experts aren’t sure which way the court might rule on ICWA. Houle says he’ll be watching closely, afraid of the possibility that the law that defined his childhood and provided him with crucial support systems could be struck down. “ICWA protected me. It made it [so] that I became the first in my family to graduate high school,” Houle says. “I wouldn’t be able to do anything I do today without the Indian Child Welfare Act.”

In 2016, the Brackeens began fostering a 10-month-old boy whose mother belonged to the Navajo Nation. After the boy’s parents had their parental rights terminated, the Brackeens petitioned to adopt him. But the tribe preferred he be placed with an unrelated Navajo family in New Mexico.

A judge ruled that the Brackeens did not provide “good cause” to adopt him into a non-Native home. The Brackeens not only appealed the family court decision but also sued the federal government to overturn ICWA entirely, arguing it was discriminatory and unfair to children. Two years after they first fostered him, the Brackeens were able to finalize the adoption of their child in 2018, after their family court case played out. But they continued their appeal through the federal court system, joined by the two other families and their state co-plaintiffs, arguing that the law should be struck down so other families and children wouldn’t have to go through similar experiences.

Michelle Guerrero, 47, agrees with the Brackeens. Five years ago, her husband’s daughter had a baby with a member of a local tribe. Guerrero says that both parents had issues with substance abuse, so the baby was released to her and her husband shortly after he was born. The boy’s father, who is now sober, petitioned for custody this year, Guerrero says, and they have become embroiled in a court battle. She worries that because ICWA gives preference to Native families, they could lose custody of the grandchild they’ve cared for since 2017. “ICWA does not provide the permanence and stability that it says it does,” Guerrero says. “[The boy] could be taken away from the only home he’s ever known.”

Guerrero is represented by Mark Fiddler, who also represents the plaintiffs, including the Clifford family, before the Supreme Court. The Cliffords ultimately lost a custody battle over a Native American child they had been fostering for nearly two years after the White Earth Band of the Minnesota Chippewa Tribe elected to place her with her Native American grandmother. One of the critical questions linking the experiences of the plaintiffs is whether ICWA treats Native American children differently based on their race. Fiddler argues ICWA must be viewed as a race-based law, pointing out that it applies to children that are members of tribes or are eligible members of tribes. “Every tribal constitution I’ve seen, they based their eligibility on lineage—or race,” he says.

But the defendants argue federal law approaches Native American children as members of separate sovereign nations. They cite the Supreme Court’s 1974 Morton v. Mancari decision that allowed the Bureau of Indian Affairs to give hiring preferences to Native Americans because the classifications were “political, rather than racial in nature.” The defendants also place ICWA in historical context, noting that the law was adopted to address the U.S. government’s long practice of working to “destroy tribal sovereignty” through “a systemic and brutal campaign to remove Indian children from their families.”

Chrissi Ross Nimmo, deputy attorney general for the Cherokee Nation, which intervened as a co-defendant, tells TIME that federal law treats Native Americans differently “not because they’re racially Indian,” but because of “the political relationship between the tribe and the federal government, and the political relationship between the individual Indian person and their particular tribe.” Native American tribes have their own laws and governments, their own health service, their own criminal justice proceedings, and their own hunting, fishing, gaming, and oil rights, which have never legally been classified as racial distinctions, but rather are rooted in tribal sovereignty.

Because of that, defenders of ICWA argue the stakes of the case could extend far beyond children, and could fundamentally reshape the way the federal government and American Indian tribes interact if the plaintiffs prevail. “The plaintiffs have chosen a strategy where their end game is not just to invalidate the Indian Child Welfare Act. It is to make all of Indian law a nullity,” argues Lewerenz. “They want to burn down one of the constitutional foundations of this country, and more than 200 years of congressional, legislative, executive and judicial action.”

People on both sides of the issue will be closely watching oral arguments on Nov. 9, which could signal which way the court is leaning in what might be the most significant Native law case in decades. Some experts say the Supreme Court’s 2013 decision in Adoptive Couple v. Baby Girl—which limited the scope of ICWA’s impact on biological fathers who never lived with the Native child—Justice Samuel Alito signaled in his majority opinion that he might be open to a challenge to ICWA on the basis of being racially discriminatory. But the case is unlikely to be decided along clear ideological lines. Justice Neil Gorsuch has repeatedly sided with the court’s liberals on tribal sovereignty issues in recent years, as did Justice Amy Cony Barrett in a case last term. 87 members of Congress on both sides of the aisle have written a brief defending the law.

A few weeks after arguments finish, Houle will be spending Thanksgiving with the non-Native family with whom he was ultimately placed under ICWA. Houle says his tribe’s ability to determine his placement protected him. “That’s what ICWA does,” he says. “It takes moments of complete trauma, of uncertainty, and builds the first base foundation of support for kids like me.” If ICWA is ultimately struck down, Houle worries, “What are we going to do to support the kids who need us?”