Protecting Our Kids: Why We Need a Commissioner for America’s Children 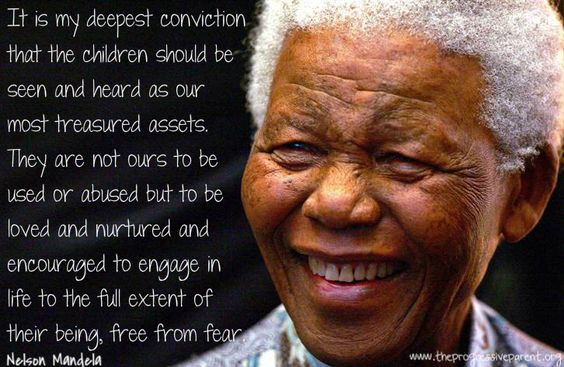 When a child cries out for help, whether it is a sick child, an abused child, a hungry child, a homeless child, or a victim of gun violence, adults should listen and most Americans do.

Unfortunately, our nation’s policymakers often treat children as merely an afterthought. They have powerful interest groups that are constantly demanding and receiving their full attention, and so children are often ignored. There is a reason that children represent nearly one-quarter of the population but less than 8 percent of the federal budget.

Consequently, in some instances, children have had to take matters into their own hands to get our political leaders to pay attention. For example, due to inaction by our nation’s policymakers to protect them from gun violence, America’s young people led marches across this country last weekend to demand that adults do something, as gun violence is now the third leading cause of death among children.

To a crowd of 800,000 people all along Pennsylvania Avenue in Washington, D.C., it was the kids — and just the kids — that spoke passionately and eloquently about the need for change to our gun laws, school safety, and mental health care treatment in this country.

Just a few weeks ago in a Michigan courtroom, over 150 young women came forward to tell their stories of sexual abuse and molestation by Dr. Larry Nassar, the former U.S.A. Gymnastics and Michigan State University sports clinic doctor. These young women (and more recently a young man) have demanded answers from U.S.A. Gymnastics and Michigan State University for failing to listen to their complaints about Nassar’s criminal and unacceptable behavior as far back as 1997.

Children spoke up, but adults — repeatedly and over an entire generation — didn’t listen to them. The number of adults that failed these young women is astounding, but this is not an isolated incident.

Major adult-led institutions, including the Catholic Church and Penn State (see the trailer for the forthcoming HBO original movie Paterno here), entrusted with the care of children have covered up incidences of child sexual abuse for years. The voices of children were repeatedly ignored and dismissed.

In a nation that embraces the concept of fundamental human rights, children have the right to raise their voices, and in a democracy, all voices deserve to be heard. Sadly, while other democratic nations like the UK, Australia, and New Zealand are engaged in a national conversation about their commitments to address issues like child abuse and child poverty, there has been no such national discussions in our nation.

Sadly, our nation’s leaders have turned a blind eye to the plight of our youngest, poorest, and most vulnerable citizens, who through no fault of their own, are faced with enormous challenges that threaten their ability to ever fulfill their God-given potential.

Ensuring the Voice of Children Is Heard

Children deserve the right to speak up and be heard for a number of reasons. For one, it is impractical to believe that our nation’s young people will come to love and understand democracy if our society simultaneously structures public debate and policies that impact children in ways that fail to ensure that their perspectives and voices are regarded, heard, and respected.

Unfortunately, children cannot vote and therefore lack the political means by which to hold their elected officials accountable. Although our elected officials are often seen taking the photo-ops with sick kids in children’s hospitals, reading to kids at an early childhood center or school, kissing babies along the rope line at their political rallies, and even delivering the oft-stated refrain that “children are our future,” the photo-ops and political speeches often fail to translate to real action or support for kids when it matters most, which is when our legislators are passing laws and budgets. Kids are often just an afterthought.

Nearly 1 in 5 children live in poverty, and yet, there is no action. Immigration policy is made without consideration of how deportations, enforcement, and family separation negatively impacts children, including U.S. citizen children. And when there is action, it is far too often in the negative.

This failure to listen to children or to even consider what is in their best interest is so pervasive that kids are not even listened to on issues that exclusively impact them, such as education, child abuse and neglect, child trafficking, and teenage pregnancy.

This raises a second major reason that demands children’s voice are heard, as the failure to do so can be dangerous to the lives and well-being of kids. The fact is that violence, abuse, injustice, and discrimination against children in families, schools, prisons, and institutions can best be eliminated if children are enabled and encouraged to tell their stories and be heard by people with the authority to take action. In fact, the consequence of the silencing or dismissal of the voices of children and the harm they experience has the effect of protecting the abusers rather than the children.

For example, to protect children from online sexual abuse and exploitation, it is important and critical that policymakers engage with children to understand how they use the Internet, the degrees and nature of the risk they face on-line, and the policies that they would think would best work to protect them.

Likewise, children with disabilities are the greatest source of knowledge with respect to the discrimination and social exclusion that they face in society and in school settings. These children can be the most effective contributors to identifying the barriers and challenges they face in order to be successful.

To give children a voice in their democracy and government, we propose that the Congress pass legislation to create an independent Commissioner for America’s Children. The creation of such an office has a proven track record in nations all across the world, as the role of children’s commissioner has been established in more than 40 countries, among them the UK, Sweden, and New Zealand. The strategy has improved children’s wellbeing and awareness as to the unique issues of importance to children.

The core responsibilities of such an office would include promoting a coherent, effective, and efficient federal approach to children that includes research, legislative and regulatory child impact analysis, awareness raising, the promotion of the best interest of children, complaint review that would fulfill on obligation to listen to and help raise the voice of children to policymakers in Congress and the executive branch, particularly with respect to protecting children from harm and to further their growth and development.

As an example, a Children’s Commissioner could examine policy choices, issue reports, and make recommendations to Congress and federal agencies on ways to coordinate their efforts and build on best practices, research, and lessons learned with respect to the impact of proposed policies on children. This is in the best interest of our nation, as the cost of failing children is enormous in both human and socio-economic terms.

Adults are failing our nation’s children. Policymakers have an obligation to ask and answer the simple question whenever they are making policy: “Is it good for the children?”

Bill McRaven, retired United States Navy admiral who last served as the ninth commander of the United States Special Operations Command that took down Osama bin Ladin and is the current Chancellor of the University of Texas System, said:

A Children’s Commissioner would help give children an opportunity to have their voices heard in our democracy.

Our nation’s children deserve action from our policymakers to protect them, but at the very least, they could ensure their voices are respected and listened to. They are, after all, our next generation of leaders.