In Child Welfare, the Racial Bias is Everywhere — Even in the Research - Youth Today 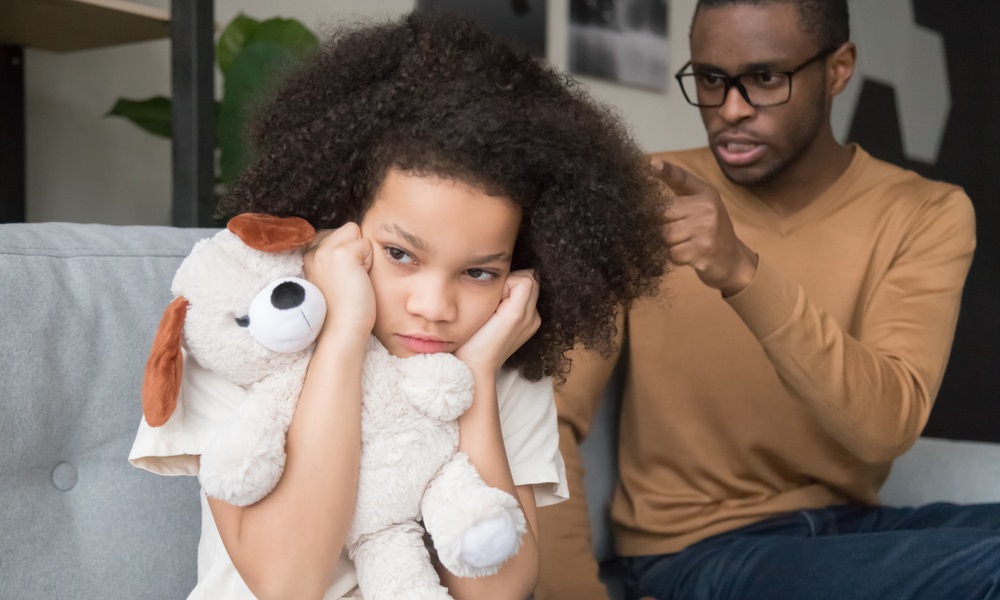 A 10-year-old boy mouths off to a man on the street; His mother is with him. She slaps him in the face and yells at him, making clear he must never, ever do something like that again.

According to the National Survey of Children’s Exposure to Violencea widely touted surveyfrom some of America’s leading family violence researchers, a survey used to measure the supposed prevalence of child abuse in America, the answer is yes.

“Not including spanking on (his/her /your) bottom, did a grown-up in (your child’s/your) life hit, beat, kick, or physically hurt (your child/you) in any way?”

Now let’s change the hypothetical slightly: The mother and the child are Black. The person to whom the child mouthed off is a white police officer.

Is it still child abuse?

I’d say it’s more like child rescue. Because, as surely we all know by now, if you’re a Black child, particularly a Black male child, mouthing off to a white police officer can Get. You. Killed. Perhaps, in this hypothetical, Mom already tried “the talk”and this incident made her think it was not enough. (As you watchthis video, ask yourself: If the talk didn’t work and one of these parents slapped her or his child, would it be child abuse? Would you want to send in child protective services to, at a minimum, conduct a traumatic investigation and, at worst, walk out with the child?)

But the survey, of course, considers none of this. As far as these distinguished researchers are concerned, that slap fits their definition of child abuse, no matter what the circumstances.

The survey is a perfect example of how racism sneaks into child welfare not just in ways we might expect, but at the highest levels of seemingly unbiased research. It illustrates how racism poisons our perceptions in ways the well-meaning predominantly white, middle-class professionals who dominate the field not only don’t intend, but don’t even notice.

The lead researcher, David Finkelhor, is one of the biggest names in the field; for decades he’s been an authority reporters covering child abuse turn to over and over, and never question. So if racism has crept into his survey — and it has — it seriously distorts public perceptions of child abuse.

Indeed, the survey has been used by the child abuse hype machine to suggest that child abuse is so rampant it’s almost miraculous if a child makes it to age 18 without being abused.

The definition of physical abuse is where the problem is most subtle. But here’s a survey question about “neglect”:

“When someone is neglected, it means that the grown-ups in their life didn’t take care of them the way they should. They might not get them enough food, take them to the doctor when they are sick, or make sure they have a safe place to stay. At any time in (your child’s/your) life, (was your child/were you) neglected?”

“Was there a time in (your child’s/your) life when (you/he/she) lived in a home that was broken down, unsafe, or unhealthy? For example, it had broken stairs, toilets or sinks that didn’t work, trash piled up, and things like that.”

They could have just simplified it and asked “Have you ever been poor?” since those are perfect definitions of poverty.

And then there’s the question about emotional abuse.

In the hypothetical, the child might well have gotten scared and felt “really bad” when his mother yelled at him. But again, it also might have saved his life.

Based on these broad, vague, biased definitions, the study concludes that 15.2% of American children are victims of some sort of “child maltreatment” every year.

First, theCenters for Disease Control and Preventionboils all this down to “Self-report data suggest that at least 1 in 7 children have experienced child abuse and/or neglect in the last year.” There’s no discussion of the bias built into the survey.

Then politicians distort things further. In anop-ed columnfor the Portland Oregonian,a bunch of Oregon legislators turned this into “One in seven children will experience abuse each year …” a claim they modified slightly, attributing it to the CDC, after my organization, theNational Coalition for Child Protection Reform, raised questions about it.

But while the CDC summary is bad enough, at least it said “abuse and/or neglect.” Even if one accepts the incredibly broad and racially biased definition of physical abuse in the survey, it found that one in 20, not one in seven, children experienced such “abuse.”

The survey also defines this “abuse” as occurring if it was inflicted by “a grown-up” in the child’s life, not just a parent or other relative.

And of course when we hear the words “child abuse” we don’t think of a child whose parents ran out of food at the end of the month or who can’t afford safe housing — or even a parent who really does hit her son — to save his life. No, we think of the horror stories.

And indeed, the Oregon legislators used their claim in service of theracist master narrativethat has emerged in the wake of the coronavirus pandemic: the idea that now that fewer mostly white, middle-class professional “eyes” are on children who are overwhelmingly poor and disproportionately nonwhite, their parents will unleash upon them a “pandemic of child abuse.” The narravive persists, even after being debunked bytheAssociated Press,The Marshall ProjectandBloomberg CityLab.

So we come full circle: A racist narrative is promoted by politicians who misread a misleading summary of a survey which, itself, has racial bias built into the questions.

At no point did anyone seem interested in asking: If one child in seven is abused each year, what happens after seven years? No, they’re not really claiming that every child will be abused after seven years. But the survey declares that, among14- to 17-year-olds, 38% had experienced what the survey calls “maltreatment” at some point. Since some of those children still had a few years of childhood to go, presumably that’s an underestimate. If we accept the broad, biased definitions in this study, it seems likely that 40% of America’s children are “abused” or “neglected.”

Where do those who throw around claims like that and define it all as child abuse propose to put all those children? After all, you’re going to have to take away not only them but any siblings who happened to escape the maltreatment you have declared is abuse. And if there’s really “abuse” in something like 40% of households, where in the world are you going to find the foster parents?

The most important lesson from the National Survey of Children’s Exposure to Violence has nothing to do with children’s exposure to violence. Rather it is a warning about racism in child welfare — a field that has beendeep in denial about the issuefor decades.

Racism in child welfare isn’t just a matter of caseworkers jumping to conclusions when they know the family they are investigating is Black, serious as that problem is. So it isn’t something that can be fixed only with anti-bias training or even smart, necessary innovations such as “blind removal meetings.”

It’s a matter of scholars with the best of intentions allowing racial bias to worm its way in, even in places where no one — well, none of us who is white — might have expected.

A survey that asks if a grown-up in a child’s life hit that child may be able to measure how often children are hit. But it cannot measure child abuse.