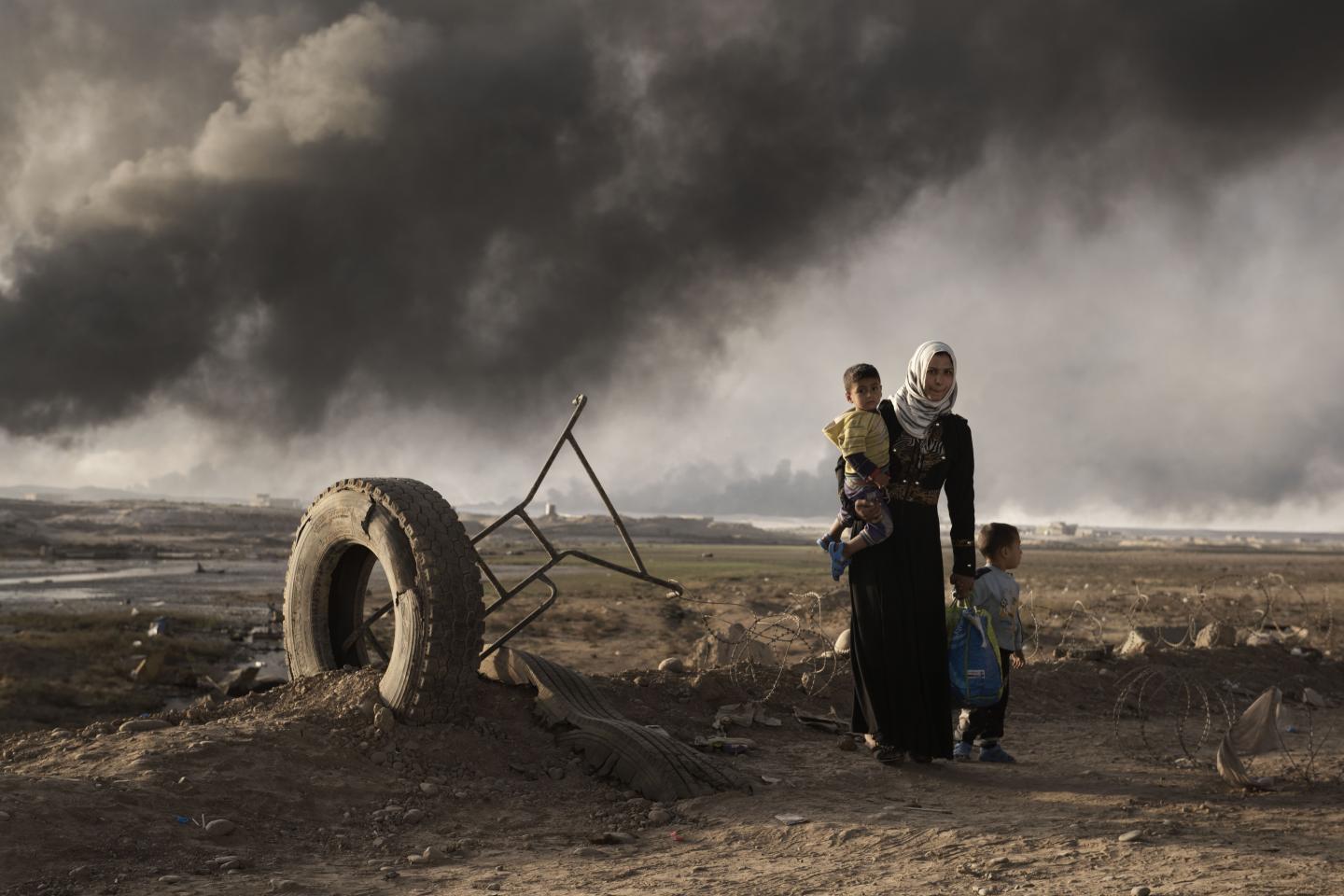 Protecting children in humanitarian action
During violent conflicts, natural disasters and other emergencies, children are the first victims.
Programme Menu
Resources
Children pay the highest price of humanitarian crisis. Armed conflict, natural disasters and other emergencies expose millions of girls and boys to unthinkable forms of violence, exploitation, abuse and neglect.
Many children are forced to flee their homes, some torn from their parents and caregivers along the way. In conflict, children may be injured or killed by explosive weapons and mines, including during attacks on schools and hospitals. They may be recruited by armed forces or armed groups.
Especially for girls and women, the threat of gender-based violence soars. And sexual exploitation and abuse at the hands of humanitarian workers, although rare, may also occur.
Through it all, children lose critical health, education and protection services. Their mental health and psychosocial needs are often neglected, with devastating long-term effects.
Today, the average humanitarian crisis lasts nearly a decade – robbing girls and boys of their childhood and their future.
Key facts
In 2019, the number of countries experiencing conflict reached the highest it has been since the adoption of the Convention on the Rights of the Child in 1989.
A three-fold rise in verified attacks against children occurred between 2010 and 2019 – an average of 45 violations a day.
Children account for over half of those killed or injured by landmines and other explosive remnants of war.
In 2019, 3.8 million children were displaced by conflict and violence, and 8.2 million were displaced by disasters linked mostly to weather-related events.

UNICEF’s response
UNICEF/UNI235973/Noorani
In Dabba Naiva Camp for internally displaced persons, west of El-Fasher, Sudan, children play games at a UNICEF-supported child-friendly centre in 2019.
UNICEF is a global leader for child protection in emergencies. We partner with governments, international organizations, and communities themselves to keep children from harm’s way, support girls and boys at risk, monitor grave violations, and provide care and protection for children who have experienced abuse or violence. We also develop evidence-based technical standards, guidance and advocacy strategies to support child protection workers on the ground.
Our efforts focus on:
Providing leadership and coordination for all actors involved in child protection.
Strengthening child protection systems to prevent and respond to abuse and exploitation in humanitarian situations. We strengthen the social service workforce, support families and equip community-based groups to help keep children protected.
Monitoring and reporting grave violations of children’s rights in situations of armed conflict. Through the Monitoring and Reporting Mechanism, UNICEF gathers data on grave violations against children . The documentation and verification of violations help UNICEF and other UN bodies to advocate for the protection of children and the delivery of emergency assistance, engaging with armed forces for children to be treated first and foremost as victims.
Releasing and reintegrating children associated with armed forces and armed groups. We work with governments and other partners to prevent child recruitment, and to support the release and reintegration of all children who are used by armed forces. Girls and boys need holistic, community-based reintegration services tailored to their individual experiences.
Preventing and responding to family separation, including by supporting family-based care for all unaccompanied and separated children, and reunifying separated children with their families quickly and safely, wherever possible.
Addressing gender-based violence by ensuring that high-quality, holistic services are accessible to all survivors, and by promoting the safety and resilience of women and girls.
Promoting mental health and psychosocial support by providing community-led services adapted to local contexts and implemented with the active participation of affected children, their caregivers and families.
Preventing child injury and death from landmines and explosive remnants of war by leading technical guidance and programming on risk education, connecting victims to services, and advocating for ratification of and compliance with international humanitarian law.
Protecting children from sexual exploitation and abuse by humanitarian workers by scaling up safe reporting channels and accessible response services.