Children falling through the cracks 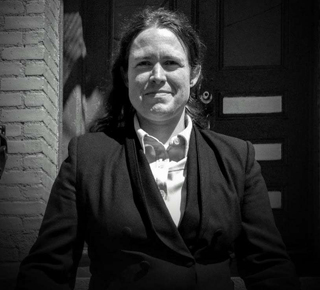 I don’t do casework. But I got an email from a friend who works on a crisis hotline. A twelve-year-old girl contacted her over the weekend. Her mother was starving her. It wasn’t “we’re too poor to buy food”- this was deliberate. Her mother beats her. And her mother says some really horrible things about her. She asked about shelters.

My friend called the girl’s ACS caseworker (ACS is the acronym child protection officials use in New York City). The worker confirmed the open case. When asked how she planned to help this little one, the caseworker said “she’s lying”.

It takes a long time to starve a twelve-year-old, especially one who eats at school. Bruises heal quicker than you’d think, and abusers who really want to hide them learn how to. There won’t be medical evidence. The investigation is the little one’s word against her mother’s.

We know how to prevent child abuse. That’s good- the ACE study proves all child abuse is a matter of life and death. It’s also easier to prevent abuse than to stop it.

Starving a child isn’t impulsive. It’s not something parenting class can fix. I can only imagine the self-loathing and need for control this mother must feel. I doubt she enjoys her relationship with her daughter. And I doubt the broken things in her own mind will mend quickly, if ever.

ACS is unlikely to do anything if the case isn’t indicated (verified). Most cases aren’t. In NY, most calls concern neglect. If an ACS worker doesn’t observe neglect, possibly days after the situation was first witnessed, there’s probably no indication.

If ACS indicates the case? There’s no guaranteed change- children are rarely removed from their home after an indication. The adult’s name is put onto a list of people who have been indicated of child abuse, and there is more follow-up by CPS. The follow-up could save Little One.

But there’s no indication, and no follow-up, if the caseworker believes Little One is lying. My friend sent dozens of the twitter direct messages she exchanged with Little One to the ACS worker. Once she had them, she said she’d show them to Little One’s mother.

Making sure Little One gets enough to eat seemed like the most manageable part of this.

I reached out to colleagues in the anti-human-trafficking movement. Little One is vulnerable to every bad thing, including this. The average age of entry into prostitution in the United States is 13. That means for every 16-year-old entering, there’s a ten-year-old entering. If anyone is starved, they’ll make bad choices to stay alive. Whether those are bad decisions offered by a trafficker, a gang member, an abusive boyfriend, or stealing food… they’re choices that will dim her future even more.

Unfortunately, none of the anti-traffickers knew what to do with kids before they’re trafficked. It’s easy enough to get food to a child through their school. But summer vacation starts soon. Which brings me back to ACS following through and keeping Little One safe.

I try to picture this through the caseworker’s eyes. As bad as Little One’s situation is, she won’t die from this, at least not immediately. Every time Little One’s caseworker meets a new family, that’s her first question- will this child die before my next visit? New York City ACS is reeling from two high-profile child murders that happened within two months of each other.

Caseworkers carry a heavy burden every day. That’s why they seldom stay in their jobs for a year. They rarely get good and confident in them. The heavier your burden, the more likely you refuse to shoulder all of it. CPS workers have a culture of defensiveness that goes to the top. Everyone tries to defend their wrong decisions, their co-workers’, their boss’, their employee’s. They try to deny and rationalize mistakes to endless bosses, the press, consultants, families, lawyers, and to themselves.

Most ACS “old-timers” I know have one or two success stories they brag about. That’s because out of hundreds and hundreds of cases they’ve handled, they’ve only seen a few happy endings.

All this happened Monday. By Wednesday, Little One had stopped messaging my friend. On Friday, my friend called her school, which she hadn’t attended for days. So many possible scenarios. The one that seems most likely to me is that Little One’s mother took away her tablet, beat her, and kept her from school until the bruises healed.

I hope they’re right. But I suspect Little One fell through the cracks.

We’ve tolerated child abuse for 40 years. We’ve built a system where allegations of child abuse are evaluated, triaged, documented, and possibly stopped. A system that focuses all its energy on responding much too late, and then saying it doesn’t have enough resources for prevention.

We’ve known Maternal Home Visiting programs prevent a lot of child abuse for the last 40 years. We’ve known that The Quincy Solution prevents a lot of domestic violence crime and ensuing child abuse for about 30 years. It’s a violation of common sense that we don’t teach people who work with children how to keep them from being sexually abused, and it’s a violation of common decency that we deny survivors the chance bring their abuser to court.

It stings that I played a part in Little One’s story and there’s no happy ending. I’m going to let it sting. I won’t pretend that ensuring a happy ending wasn’t my job. Casework is not a duty I am paid to perform, but helping children who need it is the duty of every decent human.

The kindest thing I can do for Little One is to fix the system she’s trapped in. In New York, about 20% of calls to ACS concern infants, and we can keep most of them out of the system through Maternal Home Visiting programs. So in one year, we could slash ACS’ caseloads by perhaps 15%. Passing the Safe Child Act would further reduce caseloads, as parents in contested custody situations wouldn’t use ACS as de facto court evaluators. A smaller ACS means a system that can retain and invest in good workers- right now they struggle to fill the position with warm bodies who rarely stay for a year.

My mind keeps running to the millions of dark places in New York City that can gobble up a little girl. The foster kids on their 18th birthday in Port Authority with all their worldly goods in a garbage bag, their eyes full of hopelessness and horror, their last “gift” from the state a bus ticket to an uncertain future… the trafficking survivors I’ve met…the addicts… the homeless…the broken. In every city, every town, there are plenty of dark places for survivors to get trapped in- that’s what happens to us.

It’s not my job to make the world safer for survivors.

It’s my job to ensure there are fewer survivors.