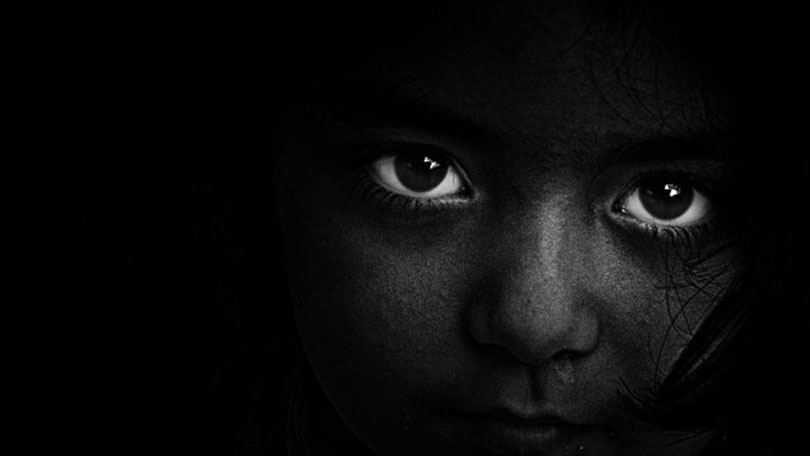 “1 out of 3 girls and 1 out of 5 boys will be sexually abused before the age of 18,” notes The Advocacy Center in an article titled “The Facts About Youth Sexual Abuse.”

Now I know what you’re thinking: “Why in the world is she talking about sexual abuse?” Well, that’s because not enough people are. Stories that have been disclosed to me the past three weeks have shown that much like alcoholism, gambling, and the occasional stepping out on your wife, sexual abuse involving family members, friends, and even strangers is often kept a secret. But unlike alcoholism, gambling, and infidelity, child abuse is a criminal and ethical offense against someone who is incapable of defending themselves. It’s time to bring it all to light. It’s time to stand with these victims and not against them. It’s time to help them heal in the wake of the destructive path their abusers have forced them to travel.

So, I guess it’s time we get started.

My husband is the youngest of three boys. He grew up all over the country because of a father in the military and later because of his parents’ inability to stay in one place for more than a few years. I feel in every family there is a “golden child”: the child you hold highest on a pedestal, the child you use as an example to your other children.

My husband got a phone call on December 31st and was told information that nobody wants to hear. My husband’s brother, the golden child, the “good” one of the three was currently being investigated for admitting to sexually abusing a minor within the family. To say his world came crashing down around him is an understatement. To make matters worse, this particular brother confessed that he was sexually abused when he was younger by their father.

A whirlwind of emotions overcame my husband as he got the news that not only had his brother admitted to committing such a horrific crime but now his father was being accused of it. After several phone calls to different family members, it was confirmed that their father sexually abused my husband’s brother and a few other family members that have asked to remain anonymous.

Now that the “secret” is out, let’s talk about a few other things.

I was going to research a statistic about victim-blaming. I was going to cite some bad-ass article I found that would blow your mind about how many people protect abusers and make victims feel like it was their fault. But then I realized, I shouldn’t have to give you a statistic on victim-blaming because, in all honesty, one instance is too many.

In this particular situation, my husband’s mother is the one. She has been confronted and from there, she has lied, made excuses, all blaming the victim and not holding her husband and son responsible for the damage they have created. When is enough enough? How do you justify what someone has done and stand by and support such a horrendous act? Moreover, how do you know that the man you married already had a habit like this, and when confronted, choose to ignore it and bring three innocent children into this shitstorm?

Oh, that’s right. You don’t. When you get married, you are a wife. When you have children, you stop being a wife first and start being a mother first – meaning we do whatever necessary to protect our children from predators, even if that means standing alone and doing it on our own.

I was told if I wrote this blog it would be causing more harm than good but I have to disagree. It’s a disgusting and horrible thing, but because of this blog, it’s no longer a secret. My husband’s parents can no longer bury this and keep it quiet. They can’t deny it happened. They can’t prevent people from reading this. They can’t keep piling dirt on top of it in hopes it goes away. It’s out there now. I would rather be blamed for outing a “family secret” than to allow these people to lie to anyone else. What happened to my husband’s brother is absolutely awful and nobody deserves that. But instead of getting the proper treatment and help, he chose to make someone else a victim.

Being a victim of sexual assault never gets easier. Speaking firsthand, it’s a living hell sometimes, and the little girl, in this case, deserves to know that for every one person who victim-blames, there are a hundred who will support her in her recovery and firmly believe it was not her fault.

Whatever the reason, I have had a hard time writing this. I feel guilty on one hand for telling an entire family’s secrets, but on the other hand, I’m left thinking, “Why was this a secret to begin with?” Why were these people ever protected, to begin with? Why wasn’t this stopped when it first started years ago? So many questions for which there are no answers. The point of writing this wasn’t to tell the world that is happened to my husband’s family; it was to tell the world that it happens – more often than anyone realizes. To people you talk to everyday. To families you know personally. To people you never know hold this type of burden. Will I be blamed for writing this? You bet. Will I regret it? Not for a second.

I hope this reaches those who have chosen to lie and keep such a horrendous secret. I hope you read it and are ridden with guilt. I hope you derive the courage to change from whatever entity you choose to believe in –and I hope that eventually, you will see that keeping such a thing a secret for so long makes you just as sick as the monster you sleep next to every night.