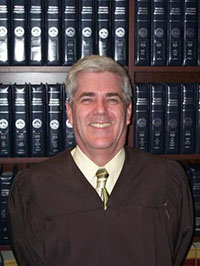 The COVID-19 pandemic has created a perfect storm of factors that has led to a sharp increase in unreported cases of child abuse and neglect. The detection of child abuse and neglect is heavily dependent on reports by teachers, doctors and other professionals who are mandated reporters. About 75% of suspected child abuse and neglect reports in Nevada are made by mandated reporters. Upon the onset of the pandemic in March, Nevada saw a 14% decrease in suspected child abuse and neglect reports, which included a 46% decrease in reports made by educational personnel. The week following the closing of Nevada’s school buildings on March 16, 2020, Child Welfare Services received 12 reports from school personnel in comparison to 256 reports the week prior to school closures. In Clark County, Child Welfare investigations decreased 43% in the month of April with a 35% reduction in the month of May. “Unfortunately, this drop in reporting is not likely due to a drop in child abuse, but rather fewer community members with eyes on vulnerable kids”, Ross Armstrong, DCFS Administrator.

Since many mandated reporters are not having contact with children due to social distancing, it is up to the general public to watch out for the children in our communities. In order to raise public awareness as to the reporting of child abuse and neglect, DFS has implemented several initiatives. Such initiatives include: development of materials for children on self-reporting abuse and establishing distribution sites for the materials; Public Service Announcements (PSA’s) on reporting child abuse; working on establishing a partnership with the school district on ways to reach out to students through the school system; partnering with the Harbor Program in identifying families who may be in need of services for early intervention; and working on finalizing a contract with the crisis text line to expand their service for children to report abuse.

In summary, it’s up to all Nevadans to take a lead in watching out for signs of abuse and neglect and reporting suspected abuse and neglect to Child Protective Services (DFS). Suffice to say, “If you see it, report it, as YOU may be a child’s only hope!