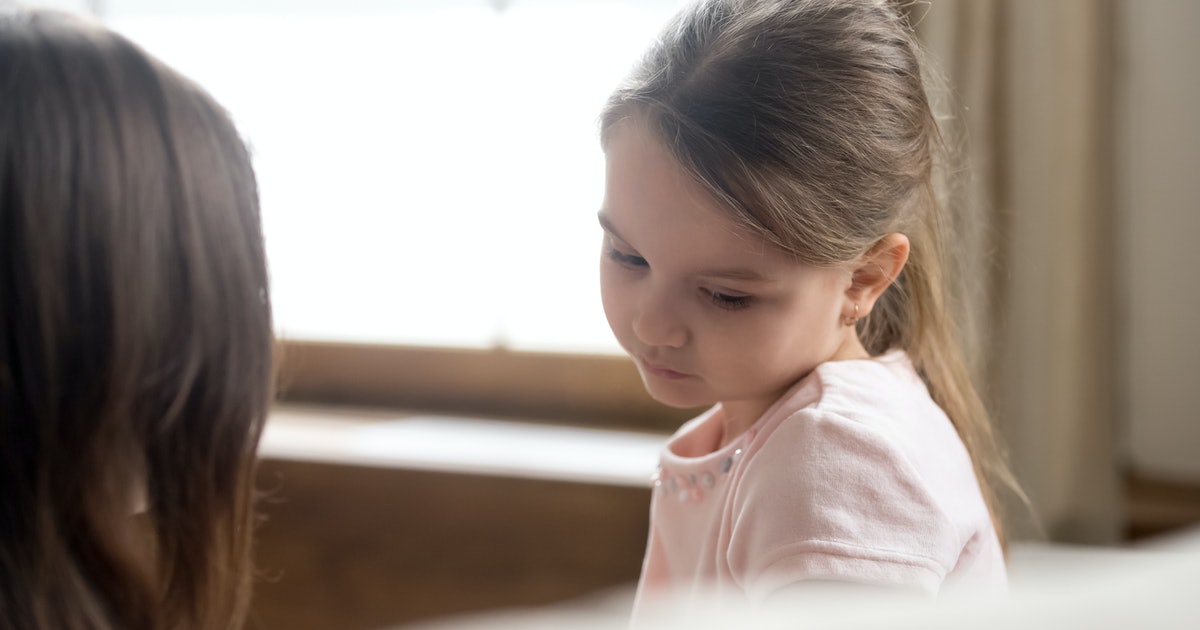 A toxic parent's actions can seem obvious in hindsight, making you question why you didn't see how wrong they were when you were young. But there are actually a lot of things you won't remember if you had a toxic parent, and it's the absences that might actually be the clearest signs of their harmful behavior. Think of it like reading between the lines.

It's hard to spot a toxic parent as they're raising you, especially because they're all you know. That's why a lot of people don't figure out just how damaging their mom or dad's behavior was until they're an adult, as they work through their issues with a therapist or are exposed to healthier models for parenting. As you swap childhood stories with a partner or friends, the level of harm you endured may become more clear; likewise, raising your own children may make you realize some of the actions you normalized in your parents are things you would never do to your own children.

Bottom line: The things you didn't experience in your youth might be the biggest indicator that something was wrong, and coming to terms with what you missed out on can help you move forward from your toxic parent's inhibiting nature. Read on for some of the things you may not remember.

Mom is pointing and blaming her son Toxic parents tend to undermine their children, as Bustle pointed out, which can come in the form of insults, passive aggressive remarks, or neglect. As licensed clinical social worker Caroline Fenkel, DSW, with Newport Academy explains to Romper via email, "Toxic parents tend to be overly critical of their children ... They may tell their child that their criticism is 'for their own good,' but this constant negative feedback is more likely to activate a child’s own harsh inner critic, which can weigh them down for the rest of their life." So odds are you won't remember getting a lot of praise if you were raised by a toxic parent. Plus, toxic people often talk about themselves in a negative light, which could have led you to have a negative example for how you should think of yourself: "Not only are parents more likely to be critical of their offspring in ways that are similar to the ways they are disapproving of themselves, but their negative self-esteem also serves as an example for their children," Lisa Firestone, Ph.D., wrote for Psychology Today.

2. Being Taken Care Of Although it's a parent's responsibility to take care of their child, toxic individuals will reverse this norm, instead expecting their kids to take care of them. They likely have made a habit of coming to you with their problems since you were young, putting your needs behind theirs and leaving you to care for yourself. "Toxic parents feel that their emotional and physical needs come first, and that those around them are responsible for fulfilling those," says Fenkel. "They reverse the parent-child relationship, leaving kids feeling abandoned and uncared for."

Home should be a place you feel safe, but a toxic parent changes that dynamic, as you may associate the place you lived with them with unhappiness and distress. Not having many memories of feeling relaxed when you lived under their roof may highlight the unsafe environment they created. Plus, Fenkel points out that children of toxic parents "may also be afraid of their parents as a result of verbal abuse or sometimes even physical abuse," intensifying the discomfort.

4. Having A Lot Of Friends Around Another common tactic of a toxic parent is to isolate you from others, which might explain why you don't have many memories of having friends around your house when you were young. Your parent might have been particularly prone to keeping you alone if they're toxic and narcissistic, as Dr. Abigail Brenner, M.D., a private practice psychiatrist, wrote for Psychology Today: "This kind of toxic person will think nothing of invading your space and may try to isolate you from others you are close to." By keeping you away from others, the toxic parent can ensure the relationship continues on their terms and that they are getting the attention they want, disregarding your needs.

Toxic parents are known for disrespecting their children's personal boundaries. "Common boundaries toxic parents cross include ignoring privacy by checking their children’s phones and going through their belongings, prying into their private life, or listening in on a conversation and questioning their child about it later," Fenkel explains. But those crossed lines don't have to continue into adulthood; a therapist can help you figure out what boundaries will make you feel more secure if you're dealing with a toxic parent as an adult.

6. Being Celebrated For Who You Are The boy and his mother are sitting on the top of the mountain. A woman travels with a child. Baby hugs mom. Travel with backpacks. Hike and climb with kids. Portrait of a woman with her son. Your parent may have also made a habit of comparing you to others, including themselves. Remarks about how your friends were more successful than you or how they had accomplished more by your age than you had are signs of a toxicity, as a healthy parent celebrates your individual accomplishments, regardless of what they or others have done. And toxic people "try to get as much attention as possible from those around them," according to Fenkel. Giving you attention will take away from the toxic parent, decreasing the likelihood of them taking the time to honor you.

Do you feel like every conversation you have with your mom and dad is just them talking constantly, while you can't get a word in edgewise? Toxic parents are often self-focused, so you probably don't have many memories of feeling really heard and seen. "Even when [the toxic parent is] listening, they’re thinking about how the situation can serve them, and often judging the other person rather than extending compassion," says Fenkel. You can't change your parents, but therapy can help you feel validated and give you a space dedicated to talking about yourself, helping fill some of the gaps your parent may have created.

As Shannon Thomas, a licensed clinical social worker, pointed out to Greatist, toxic people rarely take responsibility for their actions, instead gaslighting others to make them feel like they did something wrong. A toxic parent most likely wouldn't apologize to you for their actions, instead making you feel like it was your fault you upset them and thus made them act out. If you can't remember them ever saying sorry to you, it could be a sign they're toxic. "Blaming others is a classic sign of a toxic person," Fenkel adds.

In addition to not having positive memories as a result of a toxic parent, you might have fewer memories overall because of them. Researchers in the UK recently found a link between depressive episodes in early adulthood and memory problems in later adulthood, as Medical News Today reported, so depression caused by a toxic parent could lead to memory loss. Likewise, a study published by the National Institutes of Health found memory deficits in those who suffered from childhood trauma, again demonstrating a toxic parent's impact on the literal brain. Post-Traumatic Stress Disorder is another condition known to hurt memory, and those who have PTSD because of a parent's behavior could suffer. "Memory loss is how the mind naturally defends itself from psychological damage caused by trauma," Fenkel says. "It is an unconsciously activated coping mechanism to protect the psyche, but in most cases it eventually backfires, as the repressed memories and pain will manifest in some form, such as depression or other mental health challenges." So you probably won't be able to block out those painful memories forever. If you're concerned about your memory, Mayo Clinic suggests some lifestyle changes you can make to protect your brain, but you should see a neurologist if you're really concerned. Toxic parents shape your childhood, but they don't have to control your whole life. Confronting the ways they hurt you and setting up boundaries with them can help stop the cycle of toxicity, as can working with a therapist. A toxic parent shouldn't rob you of your adult happiness, too.