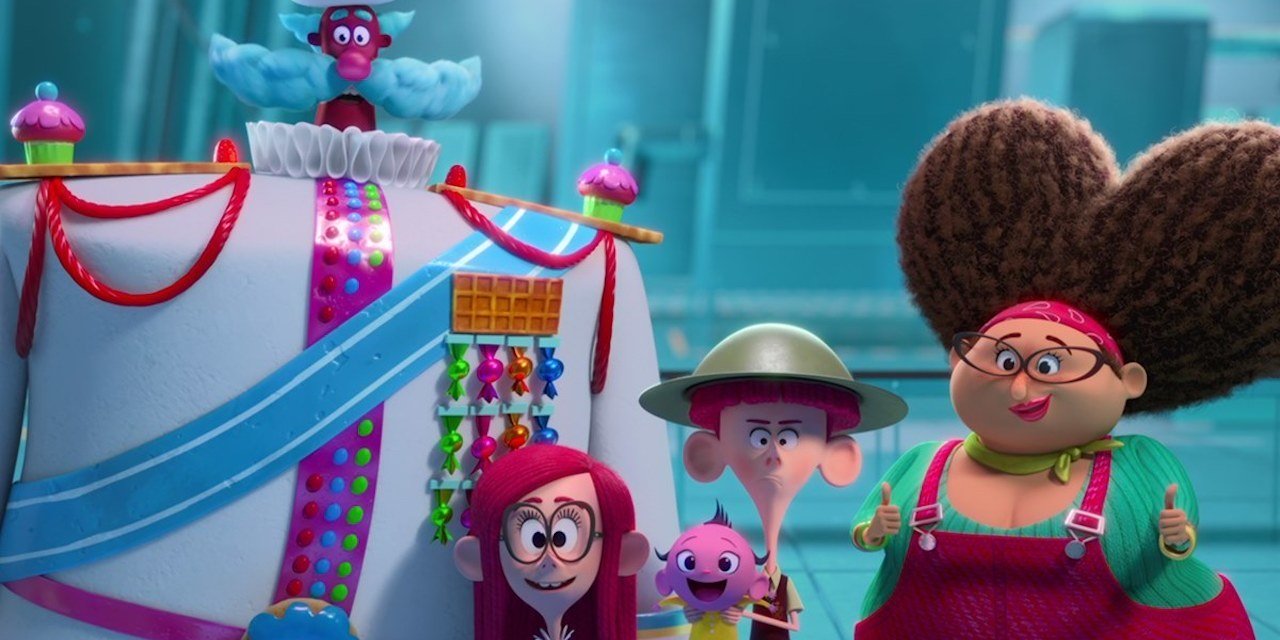 Post-traumatic Stress Disorder (PTSD)
The One Problem I Had With Netflix's New Kid's Movie 'The Willoughbys' as a Childhood Trauma Survivor
“Hey Mom, what would the quarantine be like if you had to be shut in with your parents?” my middle child asks, as she licks her ice cream.
We’re all curled up on the couch together to watch Netflix’s “The Willoughbys” for a family movie night. I pause, mainly because I want to keep the conversation light, and the topic of my childhood is heavy. A knot twists in my stomach at the thought of it.
“Not like this,” I tell her. My husband gives me a knowing glance. My eldest child rests her head on my shoulder. We watch the film.
“The Willoughbys” is an adaptation of Lois Lowry’s 2008 novel by the same name. In this dark comedy, the four Willoughby children devise a plot to orphan themselves by sending their selfish, neglectful parents away on vacation. A “cheap” nanny hired by the parents ends up being the blessing the kids need. After a failed attempt to avoid “Orphan Services,” the kids try to get their narcissistic parents back, only to find themselves abandoned all over again. The children end up living with the nanny, a kindly owner of a candy factory and his adopted baby. The novel intends to parody the melodramatic old classics, such as “Mary Poppins,” “The Secret Garden,” “Anne of Green Gables” and the offbeat worlds of Roald Dahl. My children only know the fictionalized versions of these stories, where the children of abusive parents always end up being adopted by good and loving caregivers in the end. At the end of the movie, my kids slide off the couch to play in the balmy twilight evening before getting tucked in, and my thoughts turn to all the kids who don’t get to have a happy ending.
As an adult survivor of childhood abuse and neglect, my heart aches for the kids who are struggling in abusive homes, especially right now. There are plenty of reasons why the quarantine is tough for so many, but for the children of abusive and neglectful parents, it’s especially tragic. Domestic abuse and neglect is on the rise . Meanwhile, there are fewer opportunities for abused kids to confide in safe people outside the home, and fewer welfare visits are being conducted. More than ever, at-risk kids need to know that they are seen, they matter and there are people who care.
In this sense, the release of “The Willoughbys” is timely, because the kids who see themselves in these characters need encouragement right now. “The Willoughbys” has the potential to be a beacon of hope for the kids who need to hear most that they are not alone, but ultimately falls short of an empathetic solution that kids in real life situations so desperately need.
The story pokes fun at its own “happy ending,” which reads to me as an acknowledgement that the filmmakers know all the story can offer is cheap grace. The Greek storytellers would call this the “ deus ex machina ,” where someone swoops in to rescue the main characters at the last minute in order to solve the plot. In “The Willoughbys,” all problems are solved because the nice nanny steps in to rescue the children. An ending like this offers nothing to a child who is actually abused. The same is true for princess stories. Waiting for the prince to show up is not going to help a real-life Cinderella who is stuck at home with an evil step-mother. Forget the prince, Cinderella needs a support system to help her take charge of her own life, get out of there and go “no contact” with her abusers .
This brings me to another aspect of “The Willoughbys” which is problematic, from the perspective of a trauma survivor. If it were real life, what probably would have helped the Willoughby children the most is Child Protective Services. By demonizing “Orphan Services” and making the people who represent them scary, broad-strokes stereotypes, it makes the actual, real life trauma of being removed from an abusive home all the more traumatic. Imagine the child in an abusive situation who watches this movie and identifies with the Willoughby children. Imagine how much more terrified that child would be if they had to be taken away. Yes, there are real concerns about the quality of care in the foster system, but for many kids, it also represents their best hope. Portraying social workers as villains to small children helps no one.
If you are the caregiver of a child with a trauma history, talking about the difference between a “real life” version of “The Willoughbys” might help to address some of the issues the movie fails to reach. Better yet, Netflix’s Lemony Snicket’s “Series of Unfortunate Events” offers a far better produced and executed story with similar maudlin and dark comic themes.
In the end, the Willoughby children get to be seen, heard and validated by people who love them, which is a wonderful thing. Chosen families who step in to love and care for one another are the healing balm to any survivor of childhood abuse and neglect. While it’s important to empathize with young children who cannot choose their family or their circumstances, it’s equally important to let them know that someday, they get to decide who has the honor to love and cherish them. And, as someone who has more chosen family in her life than blood relatives, I can personally attest that happy endings can also happen to survivors of childhood trauma.
Rating: