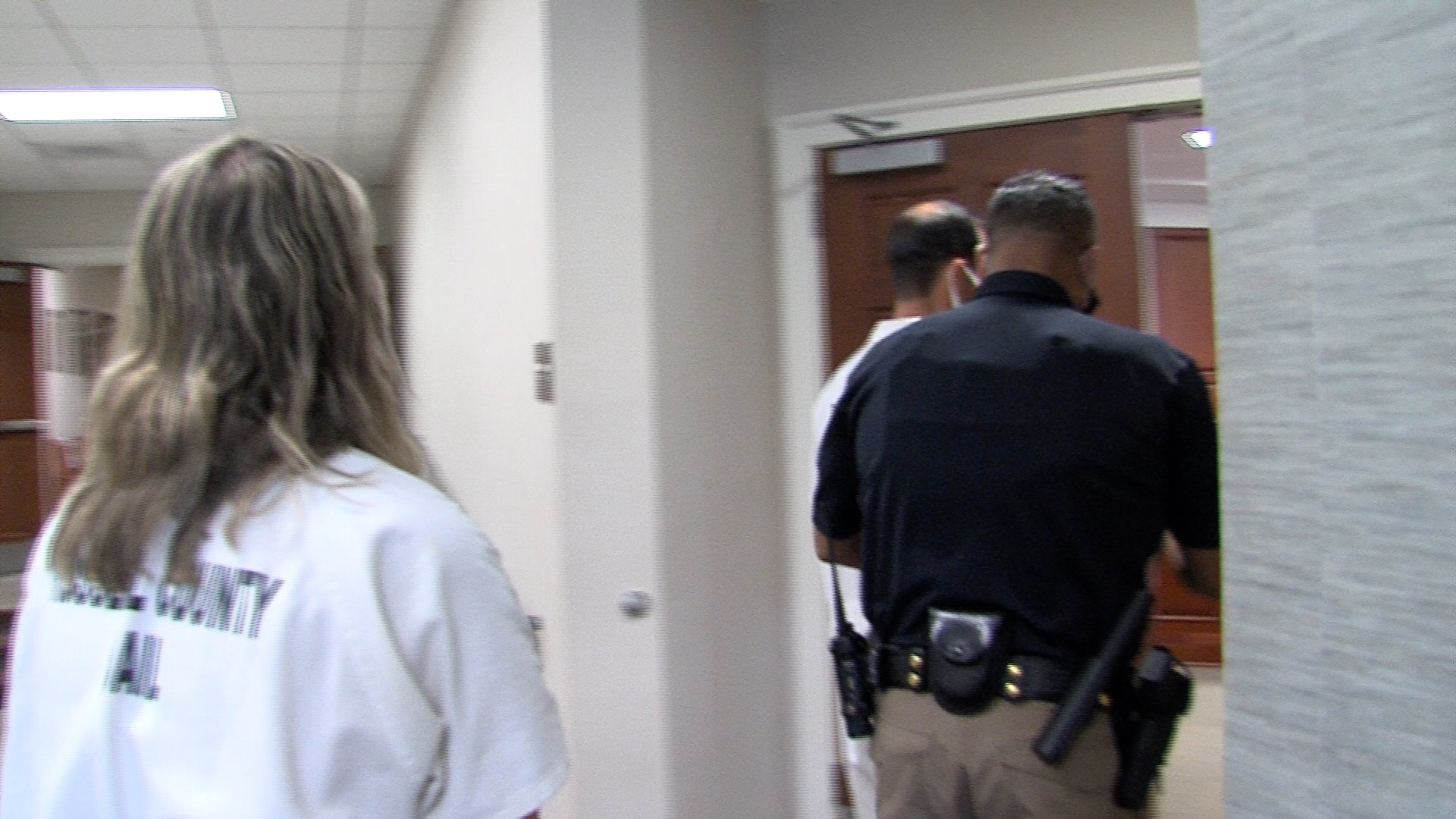 A Fort Benning soldier and his wife are being detained in the Russell County Jail for aggravated child abuse and First News has obtained new details about the allegations. MSG John Michael McDowell and his wife April McDowell were quickly hauled in front of a judge in person this afternoon after Russell County Prosecutors said evidence in the case supported a more serious charge of aggravated child abuse.

First Responders were called to the couple’s Fort Mitchell home last Saturday where the 18 month old foster child was going in and out of consciousness.  Doctors at UAB Children’s Hospital in Birmingham determined the child had a fractured skull and brain injuries. The baby wasbeat head to toe over a period of months according to court testimony.

Assistant District Attorney Steven Knapp requested a higher b introduced text messages between the couple referencing the baby which read “lazy b**** won’t even sit up in her car seat”, “f*** I hate her ugly a** face”and “she knows how to get what she wants she’s a little b****.”

The couple  detailed the alleged abuse in the messages and worried about their two biological children telling others. One text read “the boys can ruin everything if they run their mouths”and “I’ve never wanted to hurt a child as badly as I want to punch her into next year.”

The text messages and allegations are in stark contrast to MSG McDowell’s army resume which includes three deployments to Afghanistan and Iraq. The couple told the judge they hired a private attorney and declined to make a statement in court. Prosecutors asked for a $100,000 bond for the Class A Felony charge citing a flight risk and danger to the community. The Judge Acknowledged the couple posed a danger to the children but noted neither had a criminal past and reinstated a $50,000 bond each.