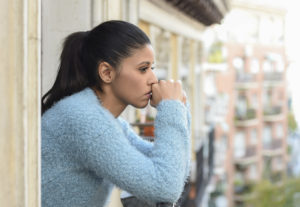 The commercial sexual exploitation of children (CSEC) is an issue not only abroad but in our country too, with the Federal Bureau of Investigation (FBI) estimating more than 100,000 children currently being exploited in the United States. Our most vulnerable children, foster children, often fall victim. According to the National Foster Youth Institute, it is estimated that 60% of CSEC victims have a history in the child welfare system. Experts have concluded that the average age for girls entering “the life” is 12 years old, while the average age of children involved in prostitution or working “on the track” when recovered by law enforcement is 14 years old.

Traffickers, also referred to as pimps, will prey on those they feel are most vulnerable and that is why foster children have a greater risk of becoming victims. Within the trafficking world, the relationship the victim has with their trafficker can serve as the number one manipulating technique used by the trafficker. In most cases, victims are not kidnapped or taken against their will. Areas targeted for recruitment by traffickers include, but are not limited to, places where children typically congregate, such as schools, bus stations, malls, parks, and foster care group homes.

The trafficker will play on the vulnerability exposed by their victim to gain power and ensure loyalty. According to the Department of Justice, most often, victims fall prey to traffickers who lure them in with an offer of attention, food, clothes, a safe place to sleep, friendship, and love. During the process known as grooming, the trafficker’s goal will be to gain the victim’s trust, provide for the victim’s needs, and isolate them. The grooming process can be lengthy, as it involves earning the victim’s trust. Many foster children have experienced a lack of trusted caring adults in their life; however, pimps are willing to put in the work, as the child will serve as a financial payout for them in the future. Once the trafficker feels they have successfully made the victim dependent on them, they will manipulate or directly force the victim into prostitution. They will often use violence to retain control. With the rapid growth of digital technology, traffickers now heavily rely on social media to recruit and start the grooming process.

When children are left without families to make them feel loved and cared about, and are moved from one placement to another, the attention they crave and stability they desire can be easily met by a trafficker. Children can find themselves seduced by the stability and love the traffickers offer, and can be blinded to the fact that they will only be used for financial gain. Foster children have a history of having a “paycheck” attached to them as they move from placement to placement. In many cases, the child or youth is aware of their financial value and they tie their own sense of worth to a dollar amount, instead of recognizing their intrinsic value. This mental state is one that traffickers easily prey upon.

Other factors that put foster youth at a higher risk to be manipulated by a trafficker include: feelings of hopelessness and depression, the trauma they have experienced, also being involved in the juvenile probation system, and having run away from their group or foster home. In fact, traffickers will often send one of their loyal girls, known as a recruiter, into different group homes to target new girls and convince them to leave or run away from the group home. The recruiter, coached by the trafficker, will encourage girls to leave by honing in on the youth’s desire for a stable family. They will often speak of the luxuries their trafficker provides them, such as manicures and clothing, and the “family” unit who will care for them.

Youth who identify as LGBTQ are at a higher risk of trafficking and exploitation. Nearly 40% of homeless youth identify as LGBTQ, compared to 7% of the general population. LGBTQ youth may face homelessness for a variety of reasons that can be connected to their identity including: family rejection, prior abuse or neglect, social discrimination, or bullying in school. Youth without safe shelter, resources, and social support are vulnerable and traffickers exploit those needs to compel youth into a life of trafficking.

The San Diego Superior Court Juvenile Division continues to make strides to further address this issue. In November 2017, the Resiliency is Strength and Empowerment (RISE) Court was developed. This specialty court focuses on youth who are in the juvenile justice system and have been victims of commercial sexual exploitation. The court acknowledged that while many youth come into the court system because they commit crimes as a part of their role within the trafficking industry, they are actually victims. RISE Court is a voluntary court that is collaborative, engaged, and trauma-informed. The RISE team, comprised of the judge and members from the juvenile probation department, the public defender’s office, the district attorney’s office, Health and Human Services Agency (HHSA) Behavioral Health Services, HHSA Child Welfare Services, Court Appointed Special Advocate (CASA) volunteers, community treatment providers, and other mental health professionals, address the needs of each youth who may have a history of or be at risk for CSEC activity. Probation officers will assign the youth to probation terms that hold the youth accountable for their previous actions, as well as assign rehabilitative programs and activities that help address the trauma they have faced. The goal of the court is for the youth to reengage in school, participate in counseling to address the multi-layered trauma, and safely transition back into the community.

The first CASA was assigned to a youth participating in the RISE Court in early 2018 through Voices for Children’s Juvenile Justice Program. RISE CASAs not only provide their youth with a healthy relationship, but also play an instrumental role when it comes to helping their youth attend all of the required appointments and activities detailed in their supervision case plans as well as ensuring the terms of their probation are met. Successful graduation from the RISE Court program allows the youth the opportunity to decrease the chance of remaining in a cyclical pattern of delinquency. CASAs further ensure that the youth move towards feeling empowered and self-sufficient post-graduation, by helping to teach additional life skills, such as seeking and securing employment. Through the healthy relationship they build, the CASA will often become a trusted adult in the youth’s life.

As of January 2020, the San Diego Superior Court Juvenile Division announced that they will now have a specialty calendar on the dependency side for foster children at risk of or who have a history of CSEC activity. The court hopes to empower these youth by implementing the objectives used in RISE Court and working with the community partners that have been so influential there. The court’s goal is for these youth to successfully leave the life of trafficking and protect them from being exploited further.

January is National Slavery and Human Trafficking Prevention Month. Across the world, millions of people, including children, are subject to human trafficking and it is thought to generate over $30 billion worldwide. Many victims of trafficking are victims of abuse or neglect. This history of trauma is what traffickers seek to exploit and foster children have become the easiest target. Research has shown the life expectancy for exploited children is seven years from their exploitation date, with homicide or HIV/AIDS accounting for the majority of the deaths.

You can help now by becoming an advocate for foster children and/or exploited youth through Voices for Children’s CASA program. Sign up for a volunteer Information Session to take the first step in your CASA journey and learn more.

If you know of someone at risk for being exploited, some warning signs to look for include: change in dress, not going to school, new tattoos, new items such as clothes or a cell phone, new friends, bruises, coming home late, calls at all hours, and explicitly sexual online profiles on community sites such as Facebook or Instagram. To further research signs of human trafficking or CSEC activity please visit the San Diego County District Attorney’s website. If you see any of the red flags listed, please contact the National Human Trafficking Resource Center hotline at 1-888-373-7888 or the child abuse hotline at 1-800-344-6000.